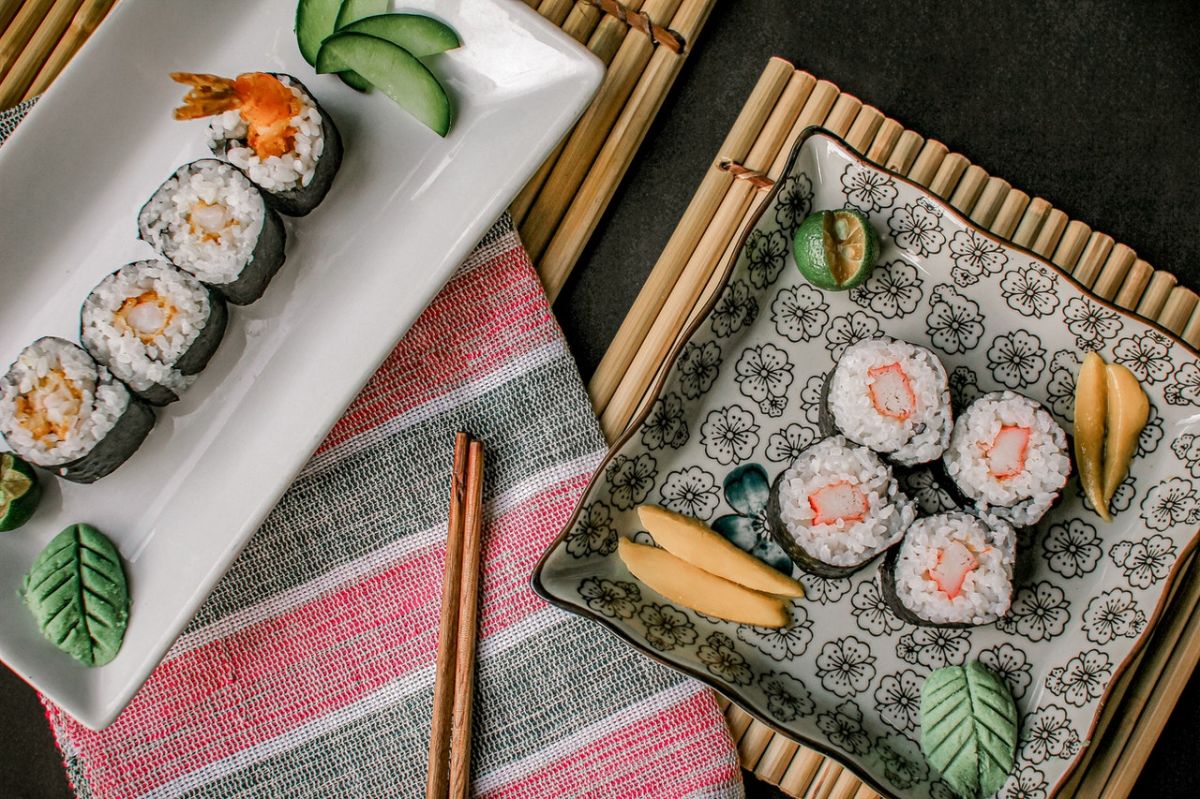 Traditional Japanese food focuses on the balance and selection of its fresh, high-quality ingredients, of which its flavor stands out to the maximum; It is also characterized by the attention to the presentation of its dishes, where the components are generally served separately rather than mixed.

Japanese food is an enjoyment for all the senses. Many of its popular dishes of Japanese food are recognized and enjoyed around the world, with sushi being the favorite.

The way of consuming Japanese food is very different from how it is usually practiced with Western food, starting from the use of chopsticks instead of fork and knife. There are also many dishes within Japanese food that must be consumed in a particular way. Table manners are also very important.

We share some general recommendations of dos and don’ts to eat properly in a Japanese restaurant or on a visit to Japan reported by the National Tourism Organization of Japan and some suggested by The Pruce Eats.

How to use chopsticks

What you can or should do

1. Before starting to enjoy your Japanese food among Japanese or in a Japanese restaurant, start with the phrase “itadakimasu“Is the equivalent of a” good profit. ” “Gochisou-sama “ is the phrase to indicate you have finished and enjoyed your meal.

2. Bring the plate to your mouth and not the other way around. It should be kept at a short distance but not brought to the lips. The bowl of rice or soup should be held with three or four fingers at the base of the bowl while the thumb rests comfortably on the side.

The small plate with garnishes can be left on the table and does not need to be brought to the mouth.

3. You can sip the broth from the noodles. Chopsticks are used to eat the solid ingredients of the soup.

4. Try to finish the food on the plate. Unlike food, it is acceptable that you do not finish your drink. An empty glass is understood as a glass to be refilled.

5. Chop the food into suitable pieces before putting it in your mouth.

6. Front to back. If you order a tempura plate with a variety of vegetables or seafood in batter, ideally you should eat from the front of the plate to the back; Chefs often order foods from lighter to deeper flavors.

What not to do

7. Do not rest your elbows on the table.

8. Don’t eat straight from the common tray; serve a portion on your plate.

9. Do not disassemble the plate or eat it from the bottom up; take a good look at how your plate is served.

10. Don’t stick the chopsticks vertically into the rice bowl.; you should not pass the food from one toothpick to another; and not the keys in food like skewers. It is also not frowned upon to aim with them or use them to push plates.

11. You can serve others the drinks but you must not serve yourself; someone else must. When serving, hold the bottle with your right hand and rest the base on your left hand.

12. It is not appropriate to pour soy sauce all over sashimi or sushi. Each piece is dipped in a separate bowl of soy sauce. It is not necessary to lift the soy sauce dish from the table.

How a typical Japanese meal is made

A typical Japanese meal consists of five dishes: a soup (fish, chicken or miso), three garnishes of fresh ingredients and the most important dish: a bowl of steamed rice.

Traditional Japanese cuisine is known as washoku and in 2013 it became part of the Representative list of the UNESCO Intangible Cultural Heritage of Humanity.