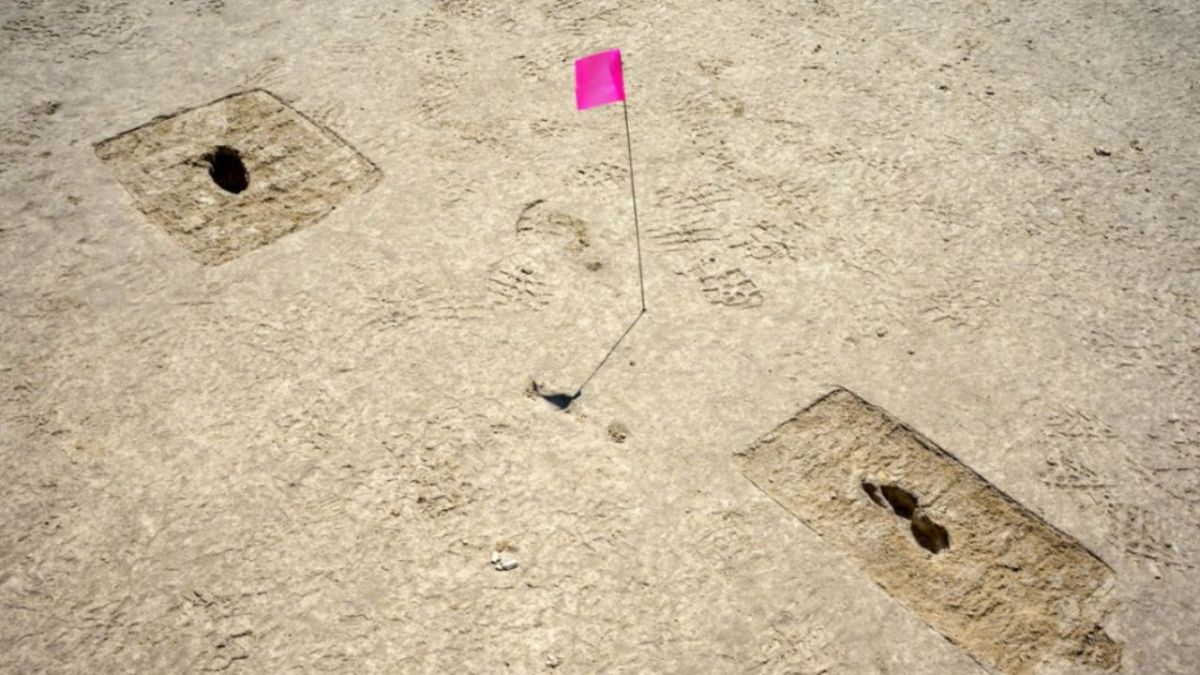 The discovery is significant as it is the second time such footprints have been discovered in the United States. The previous discovery was at White Sands National Park in New Mexico, where Pleistocene human footprints were found in 2018 after years of excavation and research.

Traces of the Ice Age in Utah

Daron Duke of the Wild West Anthropological Research Group and Thomas Urban of Cornell University were driving to the Wishbone site, located just half a mile away within the UTTR.

Duke and Urban are collaborating on a pilot project at the site where an outdoor fireplace was found with burned bird bones, charcoal, stone tools and the world’s oldest known use of tobacco, all estimated to be 12,300 years old.

Urban, who has experience working on the White Sands research team, spotted ‘ghost’ footprints, meaning footprints that appear when wet conditions are right and then disappear again.

Investigators returned to the site the next day. Urban, who previously used ground-penetrating radar (GPR) at White Sands and perfected the application of such methods, was able to quickly identify what was hidden below. The researchers documented a total of 88 footprints that included both adults and children between the ages of 5 and 12.

In case you’re wondering how the footprints were left in the Utah desert, Duke said the landscape was very different back then. Separated by only half a mile, the Wishbone site and the footprint site, now called the Trackaway Site, were part of a large wetland now referred to by scientists as the Old River Bed Delta.

“People seem to have been walking in shallow water, the sand quickly fills their footprint behind them, much like what you might experience on a beach, but under the sand there was a layer of mud that kept the footprint intact after the filler,” Duke said in a news release.

Duke and his team have studied the timeline of events in the area well enough to know that the last time the area was a wetland was more than 10,000 years ago. The researchers are also using the fillers from these footprints to find organic materials that they can use to radiocarbon date the samples.

In addition, the use of the desert as a testing and training ground also helps preserve archaeological sites. There are 822 archaeological sites, most of which are prehistoric, at Hill Air Force Base and UTTR, and officials consult with 21 American Indian tribes to understand their perspectives on finds at these locations.

Also read:
Ship that sank during ‘an incredible storm’ in 1842 in Lake Michigan discovered
Archaeologists carry out an excavation for the first time in a tomb linked to King Arthur
76-million-year-old dinosaur skeleton to be auctioned in New York