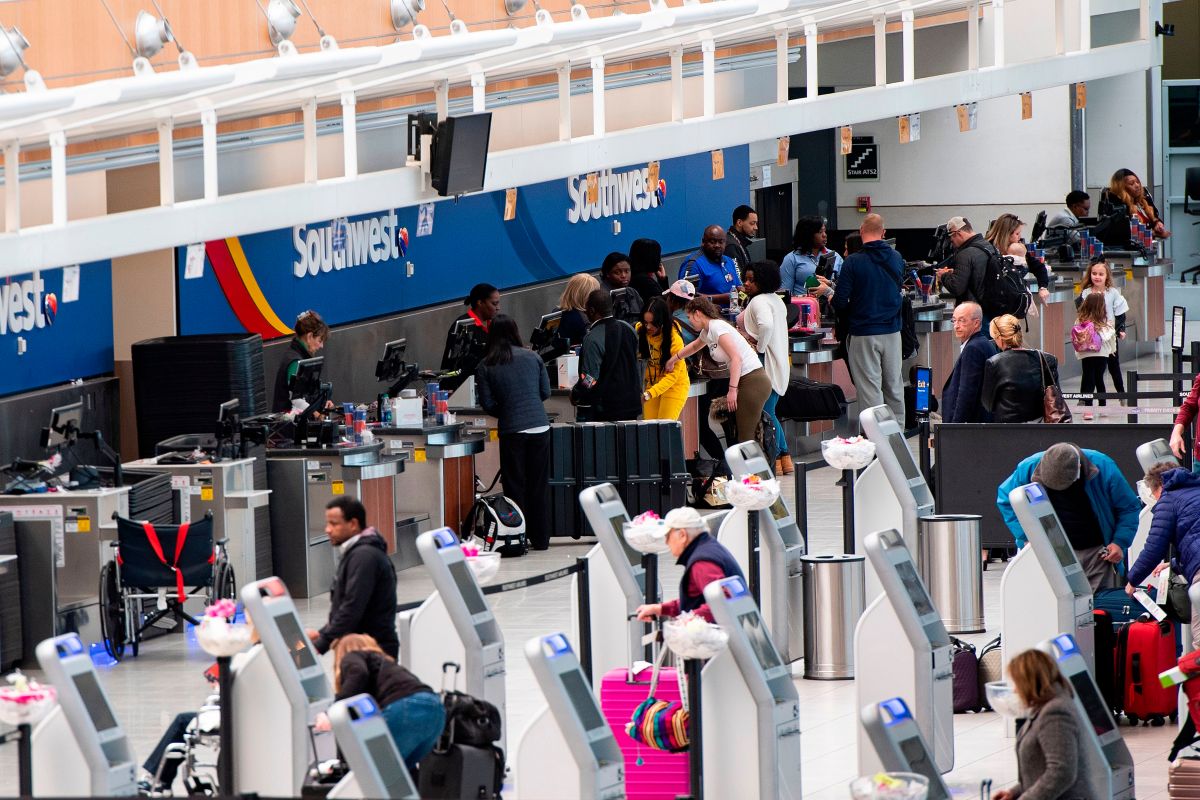 More than 1,300 Southwest Airlines pilots staged a protest at the Dallas airport on Tuesday to protest the airline’s overwork and understaffing..

The protest was held at Dallas Love Field when Southwest Airlines and the airline’s pilots’ union have been in the process of negotiating a new contract for two years.

The pilots held signs that said things like “Our passengers and pilots deserve better” and “Summer of love: delayed, rescheduled, cancelled”, in reference to an increase in flight cancellations as the summer travel season increases.

Flight delays and cancellations have increased in recent months as the airline industry faces a pilot shortage and is unable to meet increased travel demand due to the lifting of COVID-19 restrictions around the world. world.

While the entire industry is reeling from a pilot shortage, the Southwest Airlines Pilots Association said the airline’s poor scheduling practices for pilots have compounded the problem.

Ever-changing schedules and overscheduling have led to an increase in the number of pilots calling in due to fatigue, SWAPA told the Dallas Morning News.

Union leaders hope a new contract, which has been in the works since 2020, will help resolve the issue.

Southwest Airlines said it was aware of the protest where all off-duty pilots were lined up Tuesday and respected its staff’s right to protest.

“Southwest Airlines respects the rights of our employees to express their opinions, and we do not anticipate any interruption in service as a result of this single demonstration,” the company said in a statement to the New York Post. “For 51 years, we’ve upheld a legendary Southwest culture that honors our valued employees.”

Flight cancellations and delays are expected to continue as summer travel picks up. Many airlines have already reduced their flight schedules in advance.

Read more
* Biden will ask Congress today to pause gasoline taxes for three months
* Professor mocks US networks after denouncing a United stewardess who did not wear a mask during a flight
* SNAP food stamp users in 33 states, including California and Texas, will get at least $95 in extra benefits