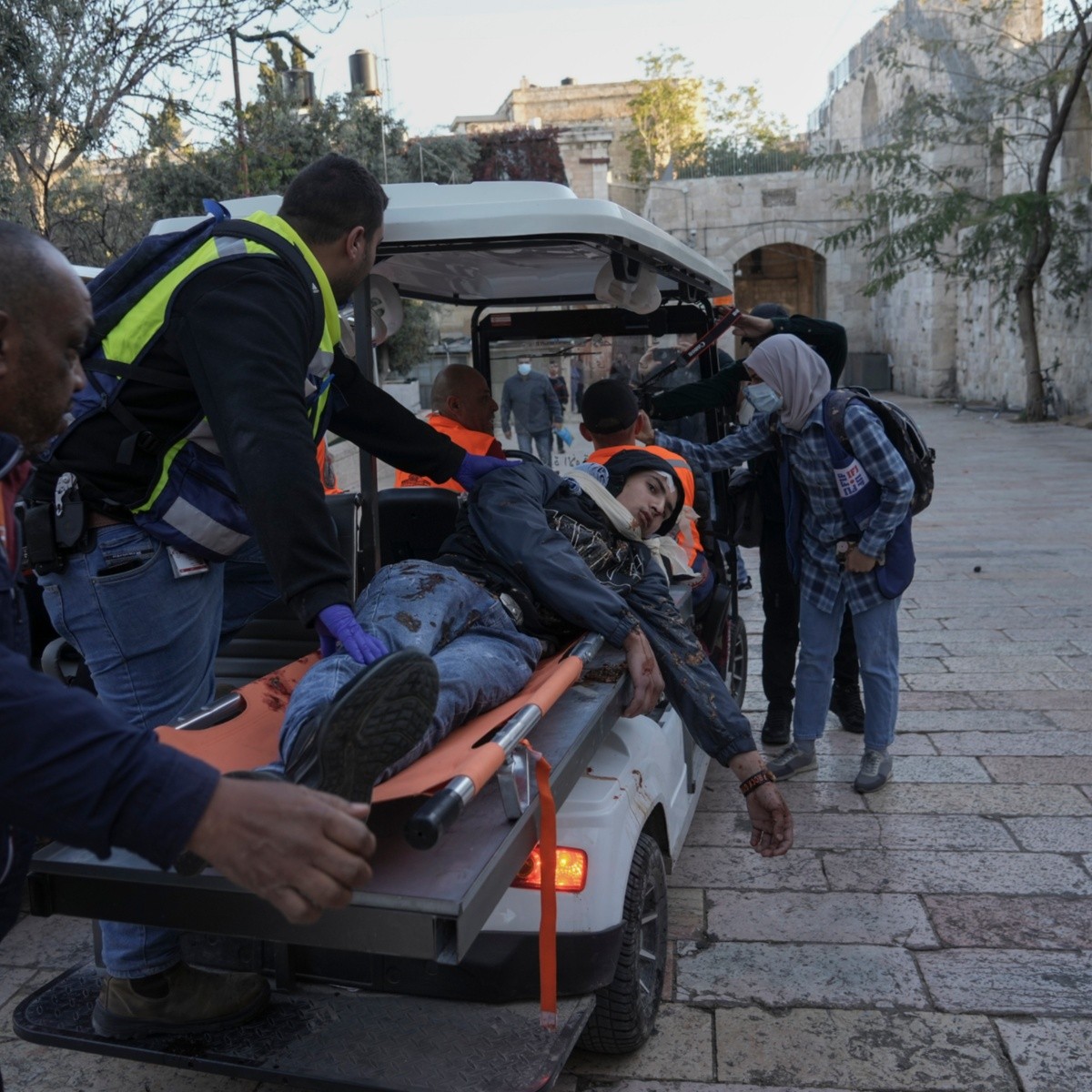 JERUSALEM.- Palestinians clashed with Israeli police in the compound of the Al-Aqsa Mosque in Jerusalem before dawn on Friday, as thousands of worshipers gathered to pray during the holy month of Ramadan. According to doctors, at least 152 Palestinians were injured.

The complex, which is considered sacred by both Jews and Muslims, is often the epicenter of riots between israelis and palestinians, and the tension was already high due to the latest wave of attacks. Unrest in the area last year helped spark an 11-day war between Israel and Hamas, the insurgent group that rules the Gaza Strip.

The clashes take place at a particularly delicate time: this year, ramadan coincides with easter, a major week-long Jewish celebration beginning at sundown on Friday, and with Christian Holy Week, ending in two days’ time with Easter Sunday. For this reason, tens of thousands of faithful are expected to visit the Old City of Jerusalem these days, which houses the main places of worship of the three religions.

Hours after the start of the crashes, the police announced the end of the violence and the arrest of “hundreds” of suspects. The mosque reopened for midday prayer, which would be held as normal, he added. Tens of thousands of people are expected to attend the prayer.

Israeli authorities said they had previously negotiated with Muslim leaders to remain calm and allow worship services to take place, but Palestinian youths sparked the riot by throwing stones at officers. Palestinian witnesses, who spoke on condition of anonymity for security reasons, said a small group threw stones at police, who forced their way into the compound, triggering a larger clash.

Videos Circulating online showed Palestinians throwing stones and fireworks as officers responded with tear gas and stun grenades on the wide esplanade surrounding the temple. In other recordings, the faithful could be seen barricading themselves inside the mosque.

In the late morning, the police entered the mosque and made arrests. Israeli security forces rarely enter the interior, and when they do, the Palestinians consider it a great affront.

The Palestinian Red Crescent emergency service said it treated 152 people, many with injuries from rubber-coated bullets, stun grenades, or beatings with batons. The foundation that manages the place pointed out that one of the guards was hit by a rubber bullet in the eye.

The Israeli police said that three of its troops were injured by the “massive stone throwing” and two were evacuated for treatment.

According to the Israeli Foreign Ministry, dozens of masked men with Palestinian and Hamas flags marched into the compound early Friday and collected stones and other objects in anticipation of unrest.

“The police were forced to enter the compound to disperse the crowd and remove stones and rocks to prevent further violence.”he tweeted.

Police said they waited until the prayer was over and worshipers began to leave. In a statement, he explained that the crowd began throwing stones in the direction of the Wailing Wall, a nearby Jewish place of worship, forcing them to act.

The Palestinians regard any large police presence in Al-Aqsa as a provocation.

The mosque is the third holiest place in Islam. It is built on top of a hill that is the holiest site for the Jews, who refer to it as the Temple Mount. For decades, it has been a key player in the violence between Israelis and Palestinians and was the epicenter of the Palestinian intifada, or revolt, of 2000-2005.

Israel captured East Jerusalem, where Al-Aqsa and other important holy sites are located, during the 1967 Six-Day War and annexed the territory, something that is not recognized by the international community. The Palestinians want the eastern part of the city to be the capital of their future independent state, which would include the West Bank and Gaza, which were also captured by Israel in the conflict nearly 55 years ago.

Tensions have risen in recent weeks after a series of deadly attacks carried out by Palestinians that left 14 dead in Israeli territory. In response, Israel carried out a series of arrests and military operations in the occupied West Bank, sparking clashes that have claimed the lives of several Palestinians.

For its part, the Palestinian Health Ministry said on Friday that a 17-year-old boy had died from injuries he sustained in clashes with Israeli forces in Jenin, in the occupied West Bank, the day before.

At least 25 Palestinians have been killed in the latest wave of violence., according to a count by The Associated Press, most after carrying out deadly attacks or during clashes with Israeli security forces. The list includes a middle-aged woman who was unarmed and a lawyer who appears to have been killed by mistake.

In addition to taking other measures, Israel had lifted restrictions to try to defuse tensions ahead of Ramadanbut the attacks and raids by the army have generated a new wave of unrest.

Hamas condemned what it called “brutal attacks” on worshipers in Al-Aqsa by Israeli forces and said Israel would bear “all consequences.” In addition, he called on all Palestinians to “support our people in Jerusalem.”

Earlier in the week, Hamas and other insurgent groups in Gaza called on Palestinians to camp outside the Al-Aqsa mosque for the weekend. Palestinians have long feared that Israel plans to take control of the site or divide it up..

Israeli authorities reiterated their commitment to maintaining the status quo, but in recent years nationalist and religious Jews have visited the site en masse under police escort.

Recently, a radical Jewish group asked people to bring animals to the compound for sacrifice on the occasion of Passover and offered cash rewards for those who tried or succeeded. The Israeli police try to prevent such activities, but the Palestinians spread the call on social networks, along with a request to Muslims to prevent them.