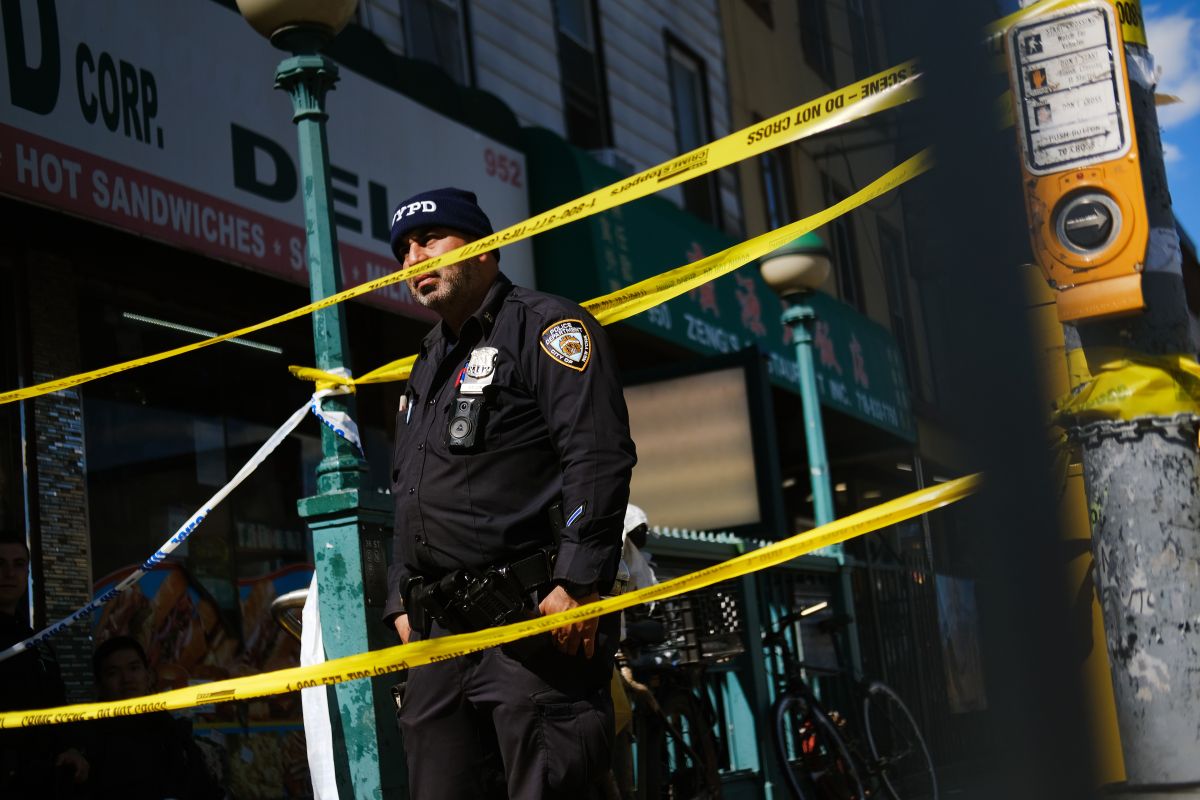 Prosecutors said that a man was charged with taking the life of a teenage girl at a Brooklyn house party. He shot her because she rejected his flirtation and allegedly insulted him.

The suspect, Javone Duncan, 22, was flirting with Raelynn Cameron, 17, at the gathering inside an apartment last Oct. 10. Still, the girl was not interested in the man, Assistant District Attorney David Ingle reported at Duncan’s arraignment in Brooklyn Criminal Court.

“(Raelynn) told the defendant to suck her ****,” Ingle said. “(Duncan) brandished a gun and shot the victim in the chest.”

The teen’s mother, Cassandra Adams, told the Daily News that Duncan made a pass at her daughter several weeks before the party, and when she turned him down, he slapped her.

“He saw my daughter, and she said, ‘I told you I don’t like you,’ and he slapped her for defending herself,” she said. “That often happens when these girls don’t want to mess with a trashy guy.”

The rep said that the man has a long history of weapons arrests, including two in 2020, when police found him with a gun at a traffic stop.

After the arrest, Duncan allegedly shot the young girl. Instead, the defendant claimed “that he observed his friend shoot the victim and that he did not do it,” the ADA said.

For his part, Judge Simion Haniff ordered the man arrested without bail.

“There’s no question about it. You’re charged with second-degree murder. You’re looking at life upside down,” the judge expressed. “The result, Mr. Duncan, is a dead young woman, and you are the alleged cause of that, and based on that, I will remand you.”

According to the criminal complaint, the bullet struck the teenager’s heart and lungs.

Duncan pleaded not guilty when he was taken from the 7.5 precinct police station Wednesday night.

Cameron, who resided in Far Rockaway, Queens, went to the party on Eldert Lane near Dumont Ave. at the request of his cousin, his family reported.

The teenager was a recent high school graduate, was just ten days shy of her 18th birthday, and showed up in her pajamas to meet a group of friends.

Adams said her daughter’s cousin walked away from the party and left her in a room with Duncan. The young woman texted a family member for help but was shot before they could help her.

Cameron was dragged into an elevator and thrown into the lobby. Police sources revealed that the teenager told first responders that she was accidentally shot and refused to identify her attackers before she died.

However, her mother believes she has already lost her life when she was left lying in the lobby.

“He didn’t shoot my daughter by accident. He shot her blankly because he was angry with her. After all, she did not accept his advances.”

The mother speculated that her daughter was prepared to be in the room with the suspect.

“She didn’t want any apology…She just wanted him to leave her alone,” the distraught woman said.

“I’m very upset because my daughter can’t…a teenager can’t tell a boy no, and the boy just leaves them alone,” she expressed.