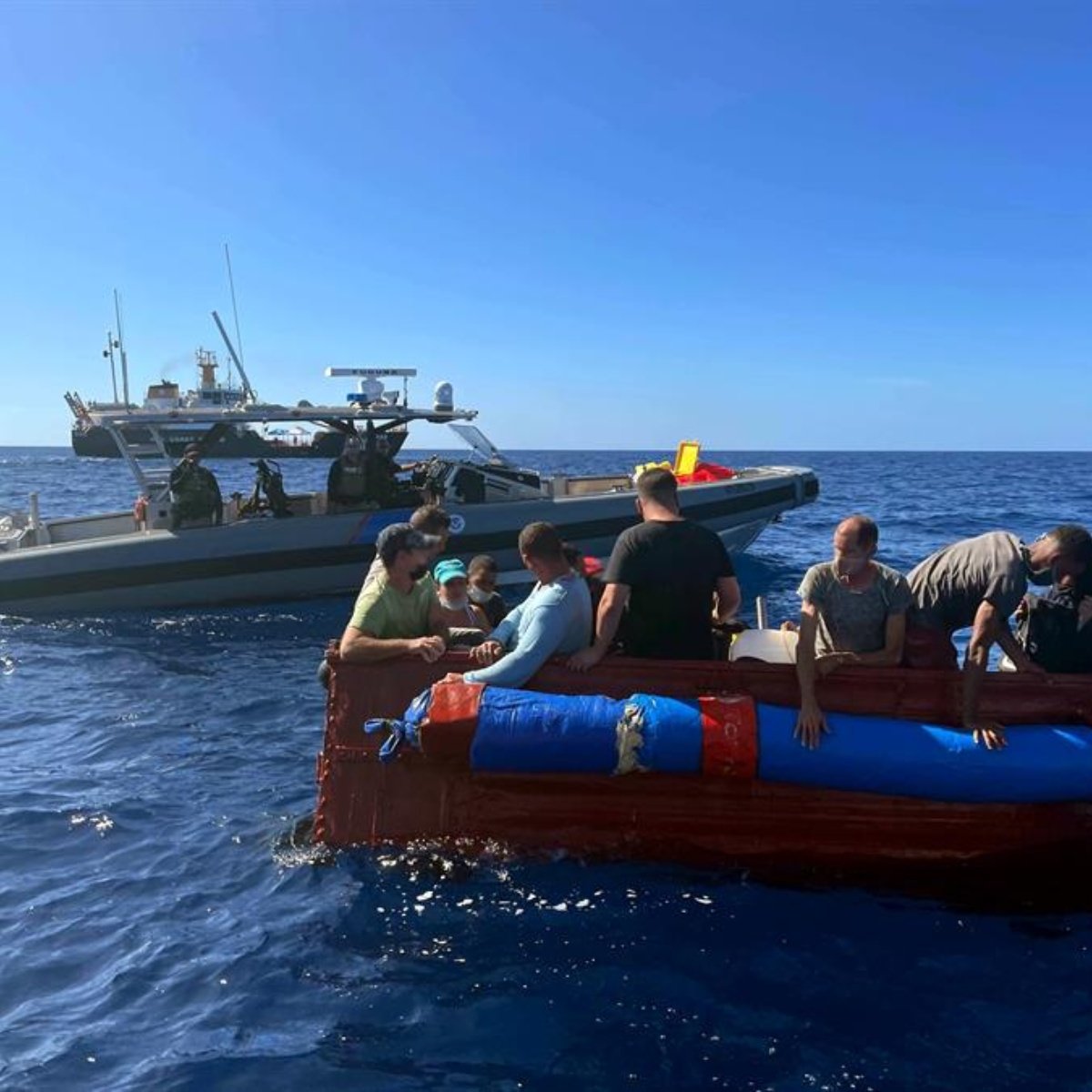 officials of immigration of USA they said that 187 immigrants Cubans were arrested after landing in the Cayos de Florida in 10 ships different during the weekend.

Chief Patrol Agent Walter Slosar of US Customs and Border Protection posted images of the small boats without passengers on Twitter.

They indicated that a large group was seen early Sunday morning via live feed at the Southernmost Point buoy in Key West. Dozens of men, women and children were captured in the images.

Between last October and June, Customs and Border Protection officials have found and detained more than 1,300 Cubans arriving in Florida, when that number was around 200 and 300 for the same period of time in the last two years.

The United States Coast Guard (USCG) said it has detained nearly 4,000 Cubans at sea since last October. Over the past several years, since the end of “wet foot, dry foot” in early 2017, the agency has seen a drop in Cubans detained at sea. The policy allowed most Cubans who made it to US soil to stay.

The number of Cubans migrating by boat is still a small fraction of the larger wave of Cubans crossing the US-Mexico border. About 155,000 have arrived since last October.

Cuba is experiencing its worst economic crisis in decades due to the pandemic and the tightening of US sanctions.