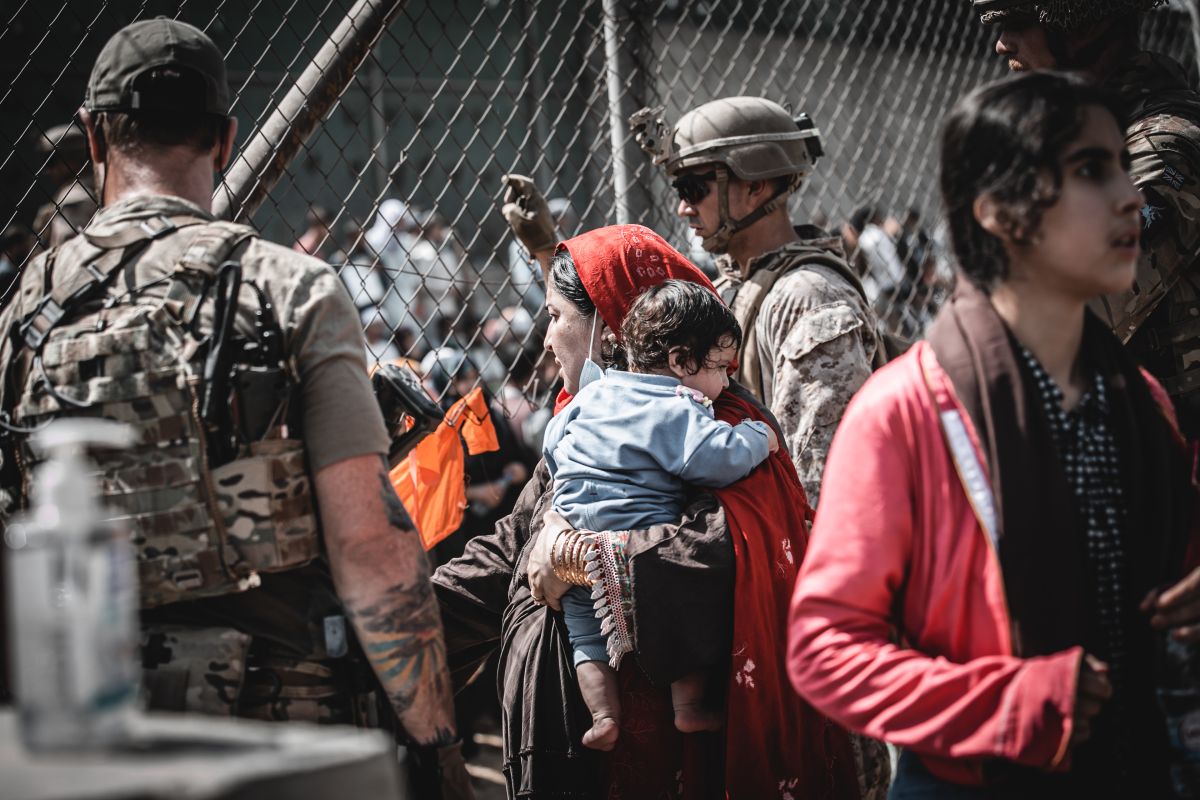 Congressmen and War Veterans Seth moulton, Democrat of Massachusetts, and Peter meijer, a Michigan Republican, traveled to Kabul “in secret” on Tuesday, drawing ire from officials in the Biden administration.

“As members of Congress, we have a duty to oversee the executive branch. There is no place in the world right now where supervision is more important, ”Moulton and Meijer said in a joint statement Tuesday.

The trip was criticized by a State Department official, quoted by NPR, who said of the congressmen: “They have chosen to expose themselves, our service members and our diplomats to even greater risk, all while potentially depriving those in need of a seat in a safe place. “

The Associated Press, which first reported on the trip, added that other Biden administration officials were “furious” about the trip.

Moulton and Meijer defended their trip to Afghanistan.

“We made this visit in secret, speaking about it only after our departure, to minimize the risk and disruption to people on the ground, and because we were there to gather information, not to pay tributes,” says the statement from the congressmen . “We went out on a plane with empty seats, sitting in exclusive seats for the crew, to make sure that no one who needed a seat lost it due to our presence.”

Today with @RepMeijer I visited Kabul airport to conduct oversight on the evacuation.

Witnessing our young Marines and soldiers at the gates, navigating a confluence of humanity as raw and visceral as the world has ever seen, was indescribable. pic.twitter.com/bWGQh1iw2c

The world has truly never seen anything like what America is doing in Kabul this week — deeply tragic and highly heroic. Fear and desperation at their worst; hope and humanity at their finest.

We did this visit in secret to reduce risks and impact on the mission and we insisted on leaving in a plane that was not full, in a seat designated for crew so that we didn’t take a seat from someone else.

The acts of heroism and selflessness we witnessed at HKIA make America proud.

The congressmen added: “After speaking with the commanders on the ground and seeing the situation here, it is obvious that because we started the evacuation so late, no matter what we do, we will not get everyone out on time, not even on September 11. Sadly and frustratingly, getting our people out depends on maintaining the current strange relationship with the Taliban. ”

President Biden said Tuesday that the United States is on track to leave Afghanistan before the Aug. 31 deadline.

The Taliban, who carried out a forceful takeover of Afghanistan last weekThey have said that they will not extend the United States’ tenure beyond the end of August and that if forces are still in the country beyond that date, there would be unspecified consequences.