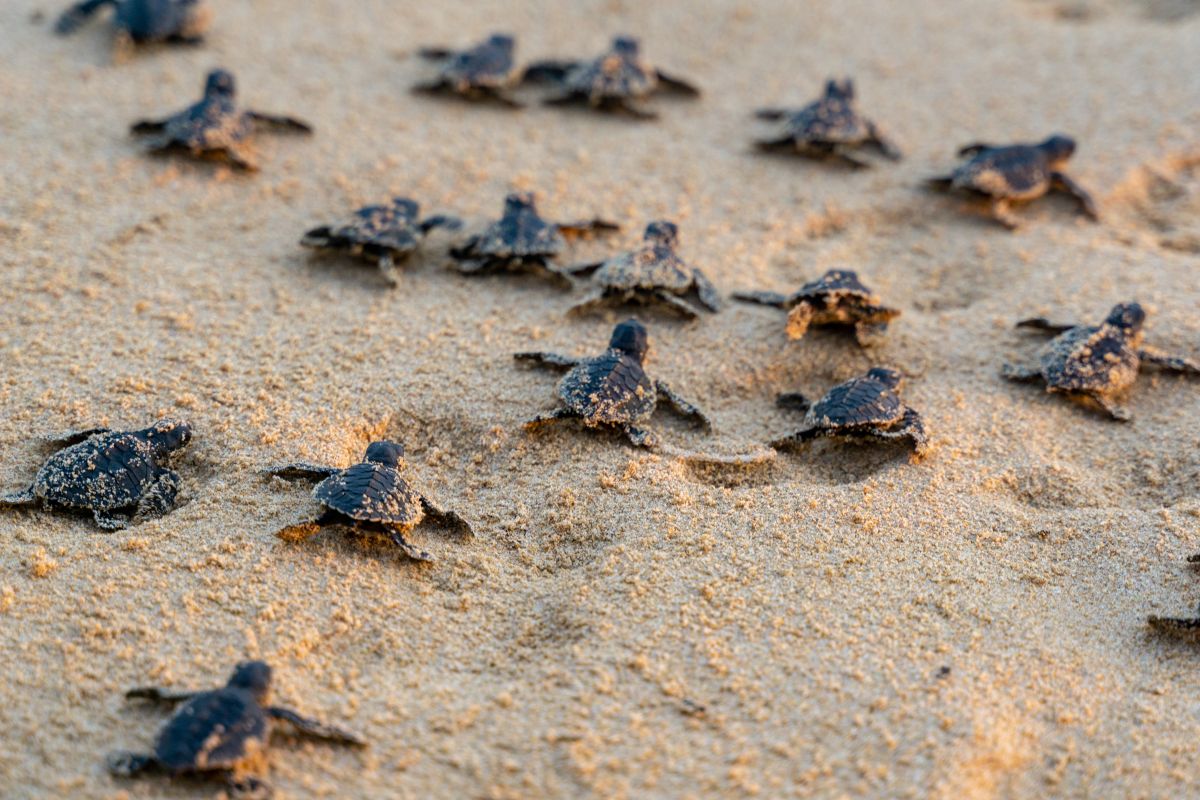 A group of patrollers and volunteers operating at Edisto Beach State Park in South Carolina, They got a big surprise while doing routine work when they came across a strange baby turtle strolling through the sand.

These people were doing their inventory work that they carry out in the nests of the sea turtles that come to this beach to spawn when suddenly their jaws dropped. seeing a small 2-headed baby turtle.

“This 2-headed calf is the result of a genetic mutation… Other 2-headed cubs have been found in South Carolina in recent years, but this is the first time in Edisto Beach State Park,” wrote the patrollers and volunteers. on his Facebook page, also sharing pictures of the turtle.

The people who carry out this work indicated that they usually dig in the nests of sea turtles 3 to 5 days after they deposit their eggs in order to help in an emergency and count the eggs that will very possibly hatch.

Likewise, they indicated, they help those baby turtles that cannot reach the sea by themselves to do so. In fact, the 2-headed tortoise was one of only 3 live babies found in a nest.

Eventually, the turtle was also released into the ocean.