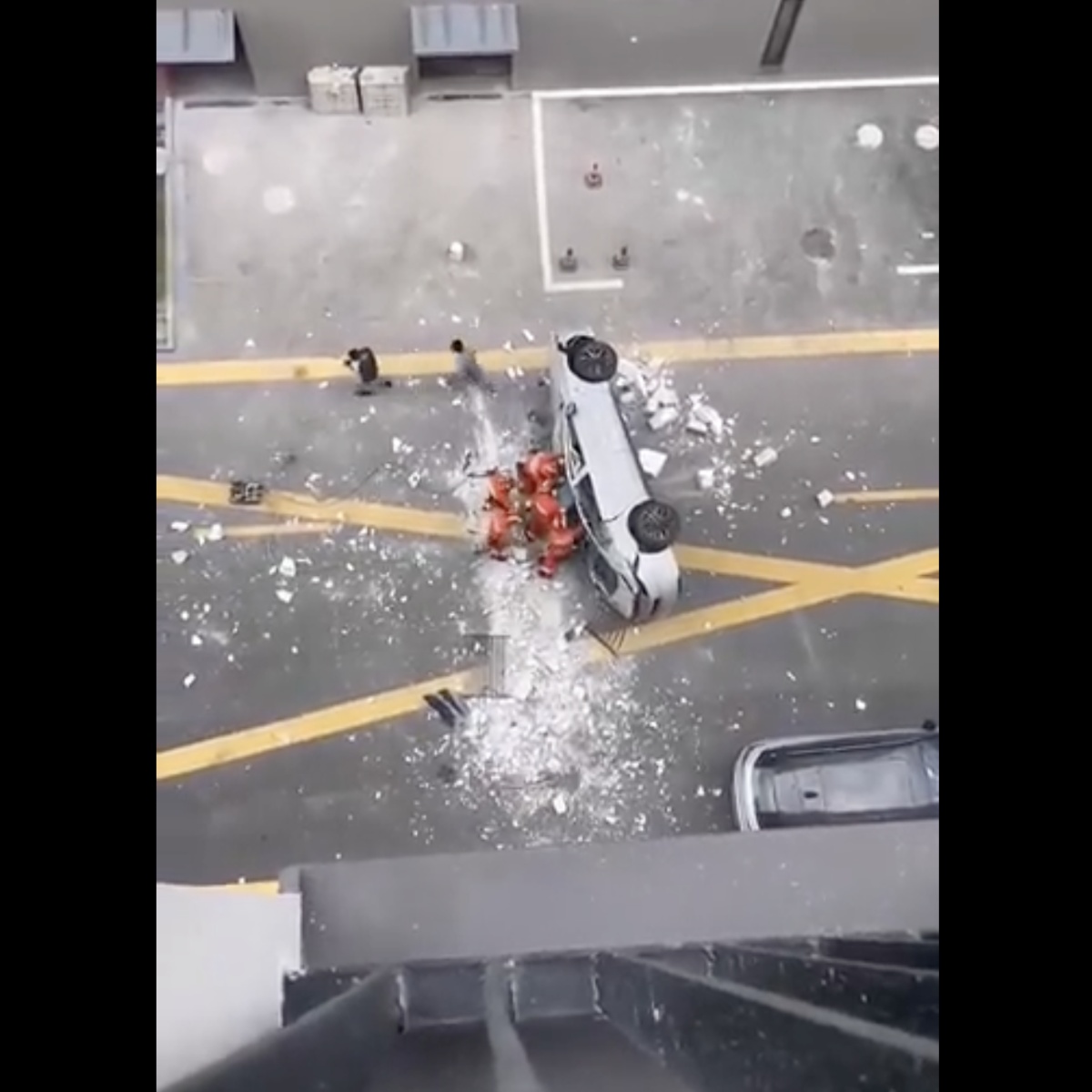 This Saturday it was announced that two people tragically lost their lives in a test of a NIO brand electric car; The vehicle would have fallen from the third floor of a parking lot in Shanghai, China.

The events occurred last Thursday, June 23, and although little information has been given about what happened, through a statement, the company said that the accident did not appear to have been caused by the vehicle, for which they initiated an independent investigation to the of the authorities.

The people who unfortunately died were “digital cockpit testers”; one from NIO and the other from a partner company. When the emergency services arrived, there was nothing that could be done for them.

Accidents have been recorded with the autopilot of these vehicles, which have been sponsored as a solution to environmental pollution

What happened to the electric car?

The NIO company detailed that the vehicle fell from the third floor, in a parking structure to the building next to the Shanghai Innovation Port.

The BBC News correspondent in China, released a video of the completely destroyed vehicle and explained that somehow “it crashed into a building and collapsed from a great height.”

It is worth mentioning that the electric car manufacturing company was founded in 2014 and specializes in the design and development of electric cars; seven locations in London and Silicon Valley.

It may interest you: Motorist knocks down a CFE pole and leaves several houses in Mérida without power

What is an electric vehicle?

They are driven by a motor that is powered by a source of electrical energy that is then transformed into kinetic energy; the largest technology is the implantation in lithium ion batteries.

The electric vehicle seeks to save energy although some have been found against the invention that is already used in various countries of the world with the aim of helping the environment and avoiding fuel.

Terrible story of two test drivers at #China‘s electrical vehicle manufacturer NIO being killed when a car somehow smashed out of a building and came crashing down from a great height. pic.twitter.com/4ZNI2t7LqZ