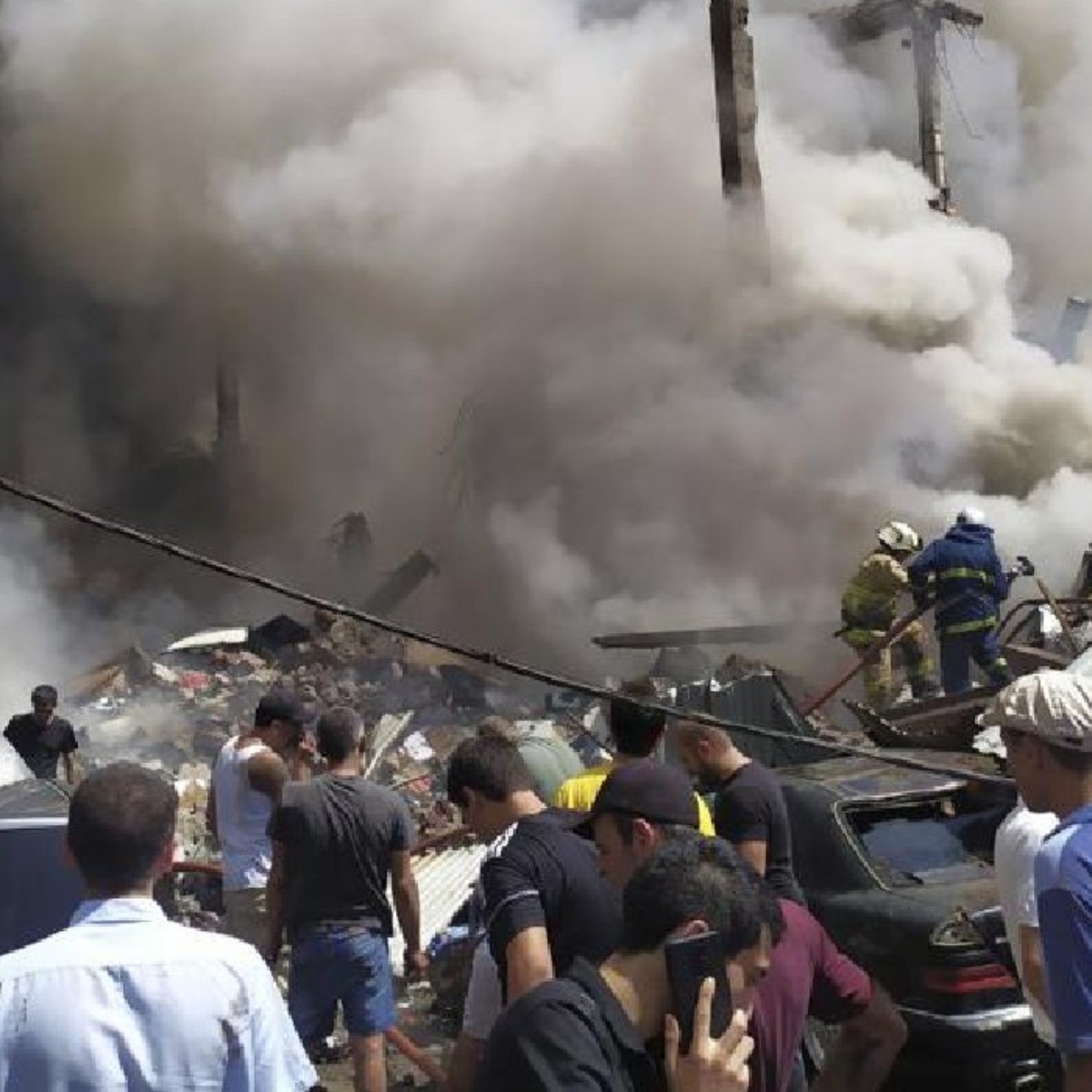 The burst originated in the sales area of Fireworks of the Surmalu market, in Armenia, due to the loud noise more than 20 people were injured and have so far identified to a deceased.

Due to pyrotechnics, in this part of the market originated a fire that quickly spread to different points of the country’s capital market, in the distance you could see a great smoke.

The impact of the explosion was considerable, so much so that several premises collapsedthe authorities affirm that there are people under the rubble and for this reason they began the search for more victims among them.

#breaking⚡️⚡️Firefighters work to put out the fire in the Surmalu shopping center in Yerevan, #Armenia. Earlier there was an explosion in the building’s pyrotechnic material store. According to specialists, the detonation was caused by violations of safety regulations. pic.twitter.com/wPdR6TmQlU

Details on the explosion in Armenia

He was the mayor’s spokesman, levon sardaryanwho said that the rescue teams are already working to get people out of the rubble, indicated that they will be reporting on the progress of the mission.

According to the country’s Ministry of Emergency Situations, ten fire trucks have arrived at the scene and another ten were on their way to help.

About this topic, in AmericanPost.News We inform you that the explosion in a house located in Indiana caused the death of three people and also left 39 homes damaged.

It may interest you: Nine dead and 76 injured in a truck explosion.

Miles away you could hear the Fireworks as well as smoke coming from this market located about two kilometers (1.2 miles) south of central Yerevan.

Until now origin unknown of the explosion, which occurred at the beginning of the afternoon in the Surmulu food market, according to the source of information.