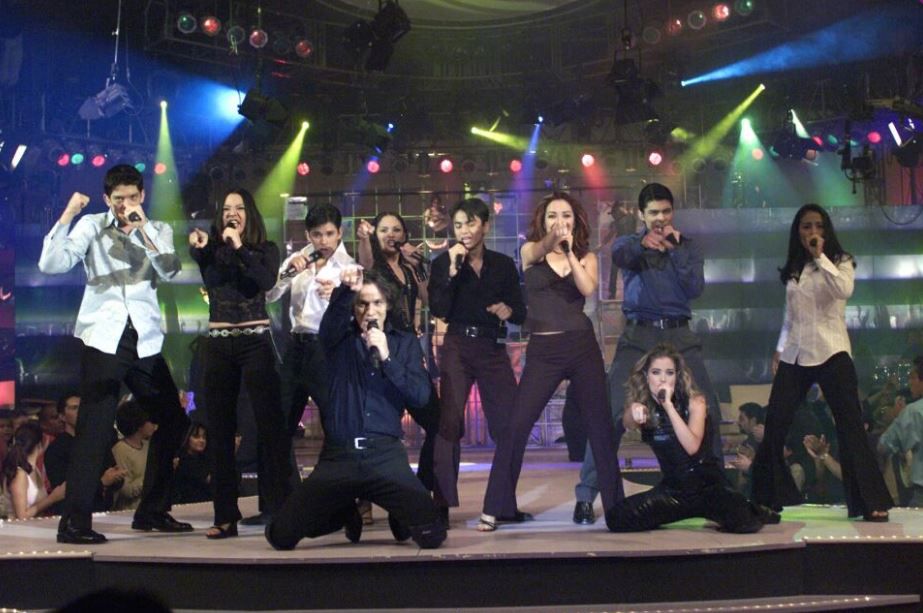 In 2002, a group of young singers with big dreams and professional desires were selected in a casting to be part of The academy, this reality of Aztec TV has as purpose make themselves known to the public, perform concerts and offer advice to artists to improve their skills.

The first generation of The academy had an irrefutable success on Mexican television, because the new format of the program not only showed the singers in their interpretation, but also the public could see them grow, knew their occurrences, their dreams, there was camaraderie between them and a professional and personal development throughout the season.

Twenty years after the first edition of La Academia, the careers of the participants have been strengthened, there were some attempts to make a reunion and also rumors ranging from cell phone sales to toilet paper sales.

Recently all of them suffered the loss of the singing teacher Willy Gutiérrez, the founder of his own cultural center was hospitalized for about two weeks.

His daughter Lisset He did not immediately inform about the causes of this hospitalization, so on January 6 he limited himself to asking for help to get blood and platelet donors, however, on January 19 he made it public that his father had undergone several medical procedures while under sedation.

In addition to Willly, the 14 young people had other teachers within this Academy:

lula ross was a teacher of Singing and Vocal Techniques, in 2020 it was again part of the faculty of The academy and he also teaches his own vocalization workshops, which he announces on his Instagram account.

Guille Gomez was the teacher of Choreography, the businesswoman is the founder of the Dance school 3 Shows, which is located at 681 Dr José María Vertiz Street in the Narvarte neighborhood of the Mexico City. He is currently working with the dancers of 90’s Pop Tour according to their facebook page. She is also a judge Everybody dance in Aztec One.

Gaby Cardenas was the teacher of Assembly and Voice Editing, currently has 23 years of experience as an actress, singer and music director. In dubbing, she has lent her voice to characters like Brittany from Alvin and the Chipmunks as well as Abby Yates in The Ghostbusters.

Lilia Sixtos was a teacher of Theater, who currently lives in Austin, Texas, United States and has her own blog where she talks about organizational tips, also gives workshops for women to be more comfortable in front of a camera.

Charlie D was his teacher Body expression, according to his Instagram, he is currently dedicated to putting together choreographies for collaborations such as that of Flans and Pandora, but he also recently participated in the production of Who is the mask? beside Carlos Rivera.

On the other hand, this has been the history and trajectory of the former students:

She was the winner of her generation, not only has she released eight albums, but she has dabbled in musical theater productions What Jesus Christ Superstar Y cats. In mid-2021, he accused his teammates Raúl, Víctor and Toñita of having misogynistic and macho attitudes.

At the end of La Academia, this contestant was unable to position his career with great success, a situation that worsened with his divorce, so his economy forced him to sell used cell phones on the street and even sing in bars to support himself. However, during a virtual reunion in 2021, he stated that he was working on a record with María Inés Guerra.

In 2020 he released his single Castles in the air. She is also a host in the program La Sorda, for Televisa Guadalajara. Outside the professional field, he has had controversy because he accused Cynthia Rodríguez of ruining his career on the Ajusco television station. It should be remembered that the presenter was the host of the first edition of The academy.

Although he had the opportunity to participate in soap operas What Fall in love Y Top Models, continues on the path of music, although no longer in front of the microphone but behind it thanks to his work in audio production and engineering.

Recently the book Light soul in heavy body: How to take a weight off your shoulders, with which you search empower curvy women. He also continues with music, because in 2010 he participated in the program Second opportunity and in 2020 he sang the mornings to the Virgin on December 12.

Mainly made a career in driving in programs like Come the joy, Los 25+, Ellas Arriba o Sal el Sol. As an actress, she gave life to characters on television and theater in works such as Peter Pan Y The Vagina Monologues, in addition to starring in the children’s series Sofia’s Florist.

Laura continued with her desire to be a singer and participated in another reality show, that is, Mexico’s voice in 2016. His profession has continued to be related to music and he had a role as actress in her participation in the film there goes the devil.

The former academic stayed away from music, but he has a YouTube channel where he shares the progress of the construction of his apartment in Taxco, Guerrero.

Perhaps he was the participant who managed to direct his career, because has recorded seven albums and has participated in soap operas such as Fall in love Y My husband has a familyIn addition to starring musical plays of the size of Jesus Christ Superstar Y Today I can not get up. In 2019 he was coach of Mexico’s voice.

One of the singer’s greatest achievements was having been 2008 Grammy Award nominee in the category of Best Regional Mexican Album for the album to pure pain, in addition to other recognitions such as the Silver Muse of the National Auditorium and being Ambassador of Mexican Music in New York.

Currently, Héctor is linked to nightclubs -such as the one called La Puerta de Alcalá-, although his main activity is being a radio announcer at a station in Guadalajara, where he also does interviews. This year revealed that in 2009 he suffered sexual harassment by an executive of TV Azteca and assured that at the time he did not report it because it could cost him his career.

The proud mother continues to perform some concerts, as well as a program together with María Inés via Facebook which they called Odd Women. In turn, she published a book that separated her from the artistic medium and brought her closer to finances, because he wrote his personal advice in The secrets to have your Accelerated Financial Freedom.

He has participated in soap operas What Two boys of care in the city, Always yours Acapulco, Los Rey and the series Jenni Rivera: Neighborhood Butterfly. as a result of the cancellation of concerts and the closure of activities derived from the pandemic caused by COVID-19, he started as a seller of toilet paper and paper towels for companies, just as it was said that he was willing to sell personal items to support himself, such as his motorcycle.

In addition to recording six albums, he also dedicated part of his time to acting. in projects like Two care boys in the city, Poor rich, poor, Heart in condominium Y The Sanchezes. Too He has been part of feature films such as ¿What did you say to god? and was a judge The Kids Academy.

The virtual reunion of María Inés and Nadia from “La Academia”

The Academy: all the reunions that the first generation has had

Willy Gutiérrez, teacher of the Academy and father of singer Lisset, died