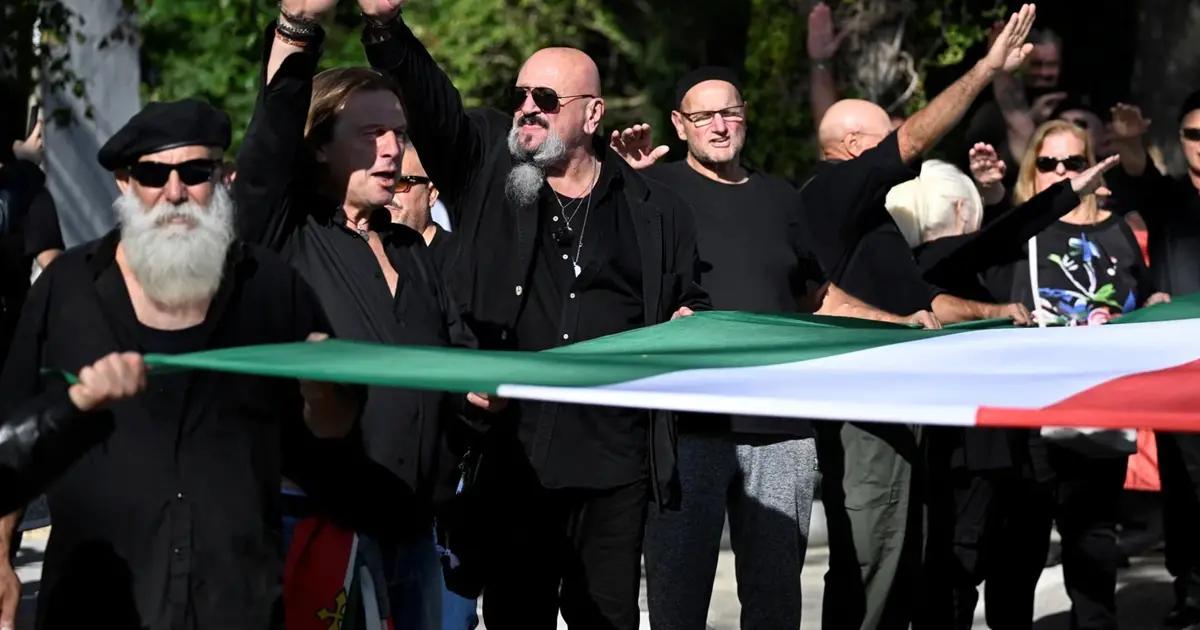 About 2,000 people came this Sunday to Predappio (central Italy), the birthplace and burial place of Benito Mussolini since 1957, to commemorate the centenary of the March on Rome on October 28, 1922, which marked the beginning of the Fascist regime.

Fascists from all over Italy came to this small town of 2,600 inhabitants, located in the Emilia Romagna region, to participate in the march organized by the president of the Arditi di Ravenna, Mirco Santarelli, to the cemetery of San Cassiano, where the Duce’s crypt is located.

Among them, a group of Spaniards, arriving from Valladolid with the flag of the Falange, informed the great-granddaughter of the Duce, Orsola Mussolini, who added: “With Spain, and with Franco, there is always a great relationship”.

Mussolini’s great-granddaughter explained in her greeting to the participants: “If we are still here after 100 years, it is to pay homage to the one who wanted this State and whom we will never cease to admire.”

This is one of the three dates a year on which the family opens the crypt of Mussolini, who was executed in 1945 after being captured by the Italian resistance, the others being April 28 (death of the Duce) and July 29 (his birth in 1883).

On this occasion was celebrated the 100th anniversary of the coming to power of fascism, and therefore, this Friday also wanted to demonstrate in Predappio about 1,000 anti-fascists in an initiative organized by the Association of Partisans (ANPI) to ask: “Never again fascism and racism in Italy.”

At the march of the “black shirts” (camice nere) in Predappio, although it was requested not to make the fascist salute, many did so at the march’s arrival to the dictator’s tomb, and songs such as “Black face” of the fascist tradition were sung.

According to media reports, the demonstrators, among them families with children, demanded that the next government of the far-right Giorgia Meloni abolish the Mancino law, which includes rules that punish conduct attributable to fascism and racism because it criminalizes the “crime of opinion.”

The law “is used as castor oil by the left to silence us. The moment someone asks me for an opinion on Mussolini and I, of course, speak well, I risk being denounced. A law that punishes people’s opinions is one hundred percent anti-democratic”, assured Mirco Santarelli, president of the Arditi di Ravenna.

Upon his arrival at the tomb as usual, mostly dressed in black shirts, three times, he shouted: “Comrade Mussolini, present!” Many raised their hands as it was saluted during fascism, which had previously provoked warnings to prohibit future demonstrations of this type.

The first right-wing mayor for 75 years of Predappio, Roberto Canali, promised that Mussolini’s tomb would be opened permanently since it is an important tourist attraction for the municipality.