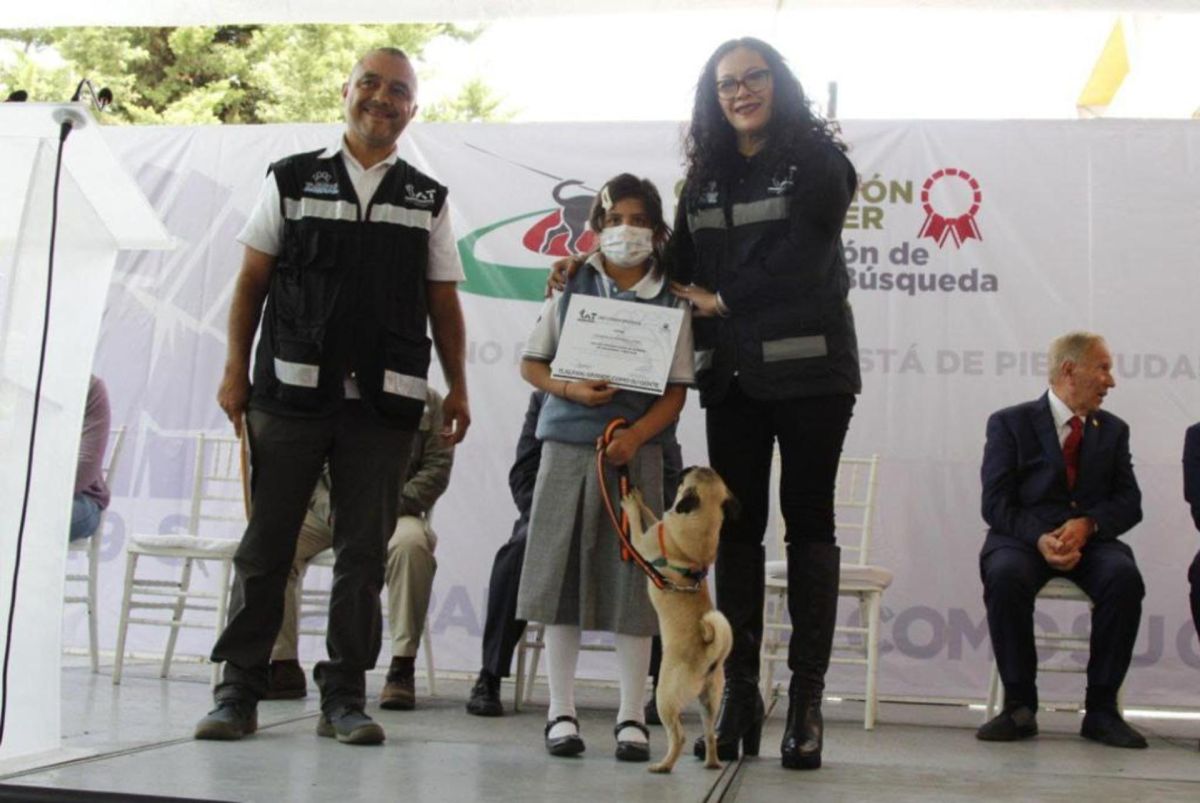 A curious graduation was experienced in recent days in Mexico City, where the protagonists were 27 dogs that completed an arduous 3-month training in order to become rescuers.

The ceremony attended by the “graduates” from different parts of Mexico City was presided over by the mayor of Tlalpan, Alfa González Magallanes. in said workshop The dogs were trained to track and find their guardians, family and friends in the event of a natural disaster or accident, such as an earthquake.

“This first generation of rescue dogs is a point of reference for the following students and surely for many people in Mexico. I carry these 27 dogs in my heart and confirm that with proper training, dogs can rescue and improve their behavior. I am left with the friendship of committed people who were not stopped by the rain or the intense heat,” commented Carlos Castro Díaz, the head trainer of said workshop and who is Deputy Director of Health Promotion of the Tlalpan Mayor’s Office.

This training is considered the first in Mexico City to be inclusive, since dogs of different breeds participated, regardless of whether they were animals with special abilities to search for human beings.

During the training, the dogs went through different stages, from arriving with their guardian in a short distance of no more than 3 meters, going through tunnels to reach their objective, to traveling distances of more than 35 or 40 meters through the undergrowth and tracking and find his family member who was hidden in “traps” made of wood, cylinders, bars, earth, grass and branches.

In the first session they carried out follow-up dynamics with their tutors where they started with short distances, in a straight line, to later increase, this in order to repeat the same exercise and thus get used to looking for their relatives quickly. All this was thanks to the attachment that exists between humans and their pet.

One of the advantages of this workshop is that with the exercises that they give the dogs, they become more balanced, sociable and safe, making the daily coexistence between these animals and humans better and therefore, there are fewer abandoned dogs.

Castro Díaz assured that he recommended that after the course, they continue doing the exercises learned, mainly with smell and being rewarded each time they have an achievement.

In the same way, the authorities have promised to be able to channel these dogs to other organizations so that they can become professional, if their owners so wish.

* Man who killed rescue dogs in Mexico sentenced to 10 years in prison
* MEMES: Frida fascinates the world and “falls in love” with other dogs in the networks
* 20 Golden Retriever dogs arrive in Florida that were to be euthanized in China