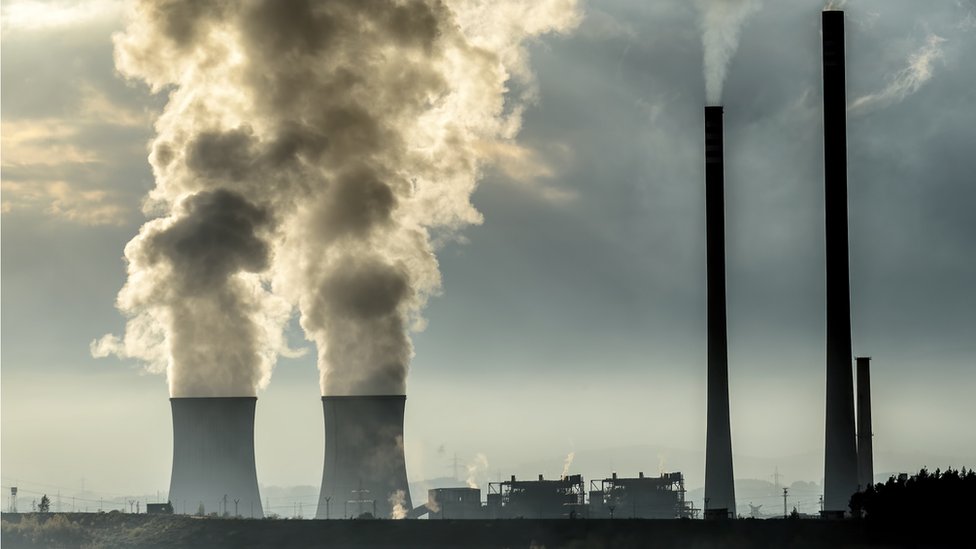 There are no simple solutions to complex problems like climate change. But there have been times in the past when the world has come together to try to solve an environmental crisis.

How do we deal with acid rain, for example, or the hole in the ozone layer?

Do youThese topics left us lessons that help us now to tackle the most important problem of global warming?

It’s the 80’s and the fish are disappearing in the rivers of Scandinavia.

Trees in parts of the forests are stripped of leaves, and in North America some lakes are so devoid of life that its waters turn a haunting translucent blue.

The cause is that sulfur dioxide clouds from coal-burning power plants they travel long distances in the air and return to Earth in the form of acid rain.

“In the 1980s, the message was that this was the biggest environmental problem of all time“Says Peringe Grennfelt, a Swedish scientist who played a key role in highlighting the dangers of acid rain.

During years there was confusion, denial and diplomatic confrontationsBut once the science cleared up all the doubts, the calls to action quickly gained momentum.

In the end it all led to international agreements to curb pollutants from burning fossil fuels that acidify rain.

Amendments to the Clean Air Act in the United States introduced a cap and trading system, giving companies an incentive to reduce sulfur and nitrogen emissions, and to trade any excess allowances.

Every year the limit was lowered until emissions began to drop dramatically.

Acid rain is now largely a thing of the past in Europe and North America, though still a problem elsewhere, particularly in Asia.

However, Canadian scientist John Smol, a young researcher from the 1980s, says that in many ways acid rain it was a “success story”.

It showed that countries can come together and tackle an international problem.

“If you don’t put price to pollution, people will pollute. We learned that ”, he says.

In 1985, news of another impending environmental problem made headlines.

Scientists from the British Antarctic Survey (BAS) alerted the world to a large hole in the ozone layer over Antarcticto which was also expanding.

It was caused by chlorofluorocarbons, greenhouse gases better known as CFCs, which were used in aerosols and refrigerants.

“All of a sudden it ‘boom’, and it starts to fall very fast,” says BAS polar scientist Anna Jones, referring to the dramatic thinning of the gas band that protects the planet from harmful ultraviolet rays.

Ozone over Antarctica had decreased since the 1970s, but news that the hole now covered the entire Antarctic continent causedor a world alarm.

In 1987, world leaders signed the historic Montreal Protocol, hailed as one of the most successful environmental treaties of all time.

Chemicals that deplete the ozone layer were phased out and the industry switched to aerosol cans “CFC-free” that appealed to green consumers.

“It was a global problem, but the iIndustry, scientists and politicians joinedRecalls Jones.

“They acted quickly and with a mechanism that allowed continuously adjust that protocol. It is a very important example of how to make things work. “

Despite the success of the Montreal Protocol, there have been setbacks.

Hydrofluorocarbons (HFCs), developed as alternatives to ozone-depleting chemicals, were found to be potent greenhouse gases.

And there was a mysterious rise in CFCs in China.

And although the ozone hole is “on the road to recovery”It should be noted that the chemicals that damage the coating remain in the atmosphere for a long time, which means that the repair is a long and slow process.

But leaded gasoline releases particles of this heavy metal through vehicle exhausts.

Breathe them in generate a variety of health problems, including heart attacks, strokes, and impaired mental development in children.

After a long battle between scientists, regulatory authorities, and industry, a consensus emerged around the health risks.

Now, the UN says, leaded gasoline has been eradicated around the world.

However, the use in developing countries persisted because the fuel was cheaper to produce than unleaded gasoline.

After a long campaign by NGOs, industrial groups and governments, under the umbrella of the United Nations Environment Program (UNEP), the last drop of leaded gasoline was pumped to the tank of a car just a few months ago.

And even though the world has officially eradicated leaded fuel, lead contamination persists in the environment in dust and soil, where it can persist for a long time.

What lessons can we draw for the fight against climate change?

With climate change dominating the news agenda, today we hear very little about topics like the hole in the ozone layer.

Nevertheless, there are parallels between these crises and the monumental emergency posed by climate change.

For a long time, acid rain was a source of international conflict, some they denied their own existence and the fossil fuel industry took on environmentalists.

Does it sound familiar to you?

According to Professor Smol, the debates and discussions about acid rain were training for the most complex problems of climate change.

“The first lesson I learned was that we had to communicate effectively the results of our studies, not only to other scientists, but also to policy makers and the general public, ”he says.

“If there is an information gap, it will be filled immediately by self-interested groups“.

Smol says the situation is even more complicated today, due to the growth of social media and the spread of misinformation.

When it comes to the international push to phase out leaded fuel, Rob de Jong, head of UNEP’s Sustainable Mobility unit, says a key lesson was the value of a harmonized approach.

“The entire leaded gasoline campaign invested heavily in public awareness, in social and community action, in concentrating on the impact this has on children ”.

And the steps taken by the international community to reduce ozone-depleting chemicals show, on a lesser scale, the type of cooperation that will be necessary to tackle global warming.

But that is not a reason not to do something: the problem it’s too important, it’s too big and they need to move on.

“When industry and governments joined in the past, they solved an environmental problem that threatened the whole world; now they must show that they can do it again ”.