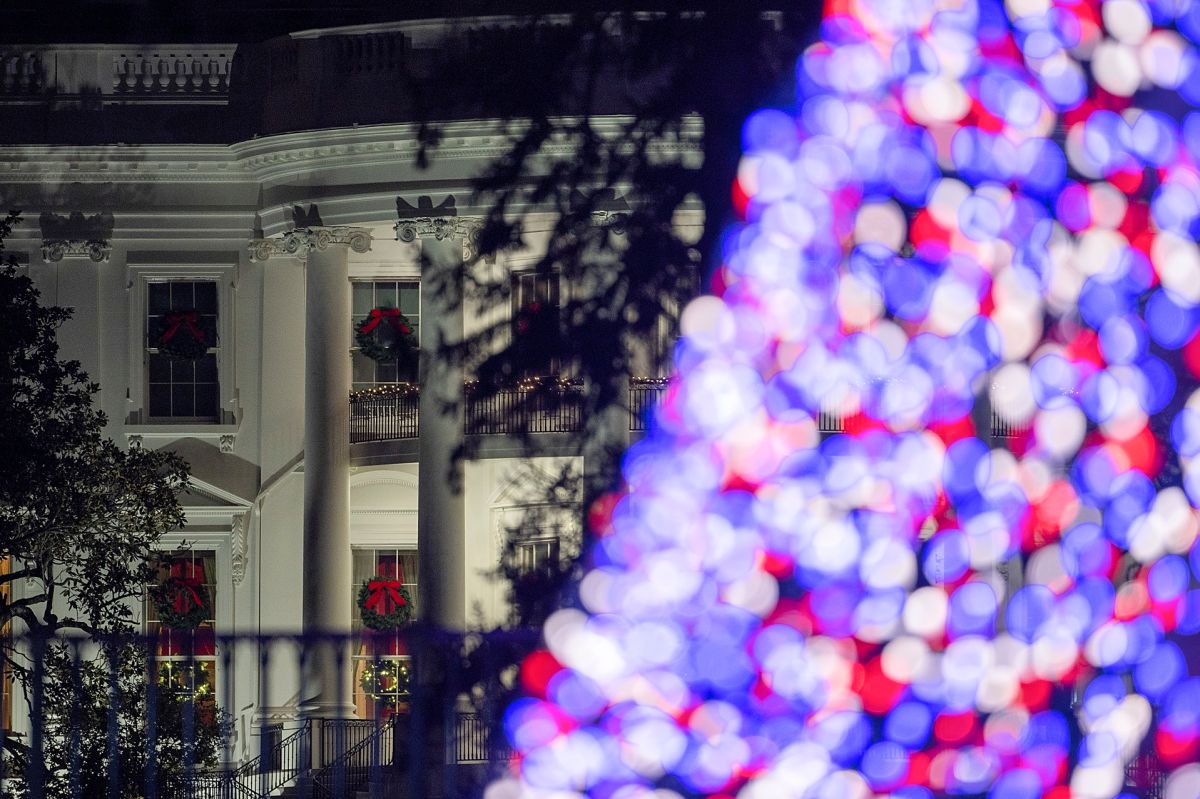 Quarantines due to the COVID-19 pandemic delayed the production and distribution of products around the world, a situation that increases during times of greatest demand, such as the Christmas holidays.

The government of the president Joe biden Since February of this year, it has promoted actions to ensure the so-called “supply chain”, that is, to allow products to get where they need to go, both for their production and for final sale.

“This is not called ‘supply chain’ just because. This means ensuring the work of terminal operators, railways, trucking companies, transporters and other retailers, ”the president said Wednesday when announcing the efforts. “The ‘supply chain’ essentially means how we do things and how the material and parts are delivered to the factory, a factory so that we can produce things and manufacture them here; how we move those products … from a factory to a store, to your home ”.

President Biden is confident that Congress will pass his economic agenda Build Back Better, since this will also allow investments in infrastructure and avoid new “bottlenecks”.

“We need to think big and bold,” he said. “That is why I am pushing for a one-generation investment in our infrastructure and our people with my infrastructure law and my Build Back Better project.”

Although it seems like a purely technical matter, the Biden Administration reached a significant agreement with carriers, which include companies like Fedex and UPS, to work 24 hours a day, seven days a week, in order to avoid breaking “the chain” for distribution of supplies and final products.

“The most important aspect of the ad is that The White House has reached an agreement in which the Port of Los Angeles, unions and major carriers and retailers work overtime (and crucially) outside peak hours to increase the freight delivery rate or at all, ”Kevin DeGood, director of Infrastructure Policy at the Center for American Progress (CAP), told this newspaper.

However, the White House has admitted that problems are already looming, as some high-demand products, especially during celebrations such as Halloween, Thanksgiving and Christmas, face shortages.

“There will be things that people will not be able to buy,” a White House official told Reuters.

President Biden highlighted the participation of the ports of Los Angeles and Long Beach, as they are the headquarters of the largest distribution points in the United States.

“The best way to understand that point is that … 40 percent of the shipping containers that we import into this country pass through these two ports,” Biden noted.

Also read:  Child Tax Credit: delays and complaints for payments that did not arrive in September

2. How it affects people

Although the White House recognizes some impact on households, DeGood told this newspaper that it is too early to estimate the level of the problem directly to consumers.

“It’s too early to say for sure, but there may be limited shortages of some consumer products“, advancement. “The Administration (Biden) is working hard to ensure that this does not happen.”

A White House official also told Reuters that different industries will look for ways in which certain products are substituted for others.

“It is hoped that many of these products can be replaced by others,” said the official. “I don’t think there is any real reason to panic, but we all feel the frustration and there is a certain need for patience to help us get through this relatively short period.”

The authorities have suggested that consumers buy their New Year’s gifts as soon as possible, in order to avoid problems, especially with the proximity of the Black Friday or Black Friday offers.

President Biden acknowledges that the world has changed, due to the coronavirus pandemic.

Also read:  Seattle will host, earlier than expected, the ASG

“Before the (health) crisis, we applauded, you know, the focus on lean and efficient supply chains, leaving no room for error,” he said. “Nevertheless, we must have a broader vision that invests in developing greater resilience to withstand the types of crises that we have seen over and over again, year after year, be it the pandemic, extreme weather, climate change, cyberattacks or other disruptions. “

Expert DeGood, who was also director of policy for Transportation for America, where he focused his research and legislative analysis, ruled out a severe crisis, as the worst “bottlenecks” are being overcome, although they require attention.

“Absolutely not,” he replied to an express question about a possible economic crisis in the US “The economy is recovering well and beginning to resolve supply bottlenecks, in addition to increasing the overall vaccination rate, which will help the economy grow even faster ”.