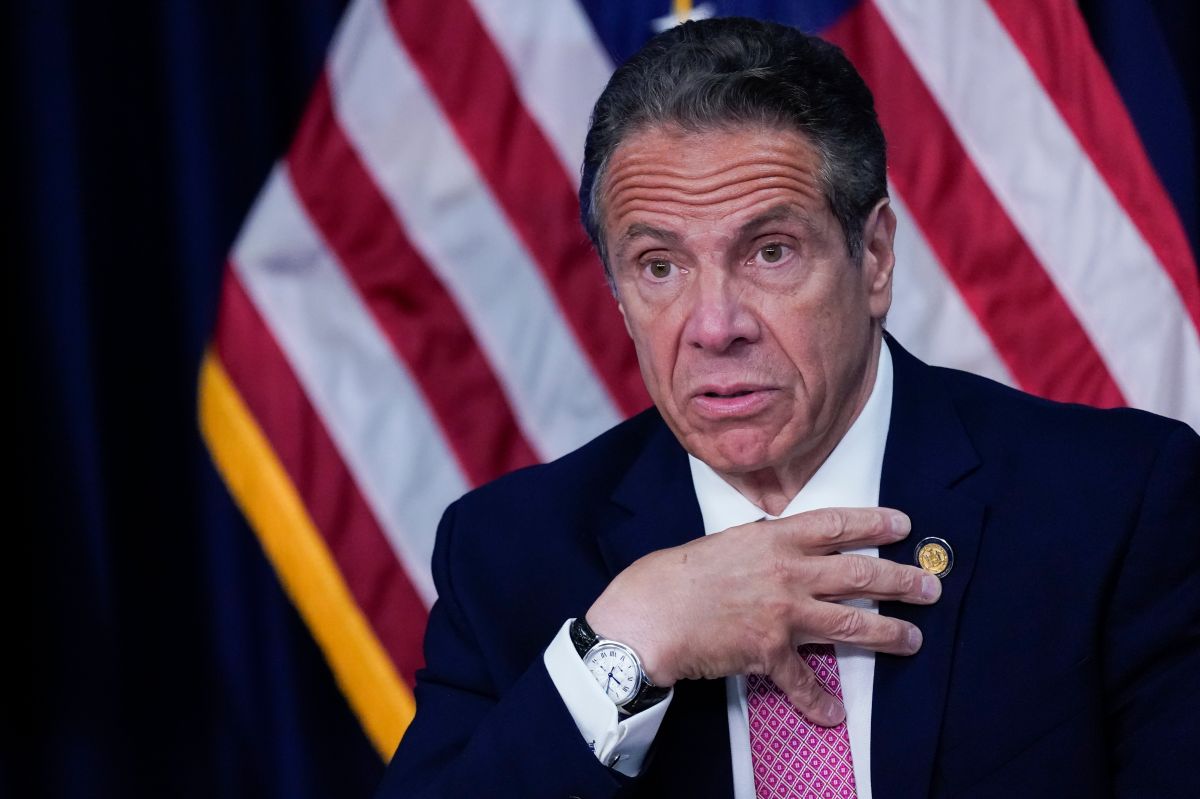 Introducing the 165-page report on Tuesday, New York Attorney General Letitia James argued that Cuomo violated state and federal laws by harassing women amid a climate of fear and intimidation with which he has served.

“The independent investigation found that Governor Cuomo harassed multiple women, many of whom were young, by engaging in unwanted fondling, kissing, hugging and making inappropriate comments,” James said.

Cuomo, a Democratic Party leader who has been singled out in the past as a potential US presidential candidate, denied the report’s findings on Tuesday.

However, the independent report and the request for resignation made by the president of the United States, Joe Biden, this Tuesday open a great question mark about the future of this politician who last year received praise for his leadership in the face of the pandemic of coronavirus.

“Yes,” Biden said when asked publicly at the White House if Cuomo, with whom he has an old friendship, should leave office.

The president also said he understood that the New York state legislature can impeach Cuomo.

Since various allegations began to surface against him this year, including one for alleged manipulation of the number of deaths in nursing homes during the pandemic, Cuomo has rejected claims for him to resign from the position his father held in the past.

But now he faces the worst political moment of his 10 years as governor and even if he manages to stay in power and survive the criminal investigation that the prosecution opened to him, his chances of being reelected next year seem to diminish along with his popularity.

Here are three key insights from the investigation by two independent attorneys hired by Prosecutor James:

The report on the allegations of sexual harassment filed against Cuomo concluded that the governor followed a “pattern of behavior” for years.

“Our investigation revealed that these were not isolated incidents; they were part of a pattern, ”Joon H. Kim, one of the attorneys who conducted the inquiry, told reporters.

Based on interviews with 179 witnesses and documents reviewed, investigators analyzed the cases of 11 women who have accused Cuomo of misconduct and whom prosecutor James claimed to believe.

Nine of those women are or were New York state officials. The cases are not limited to members of Cuomo’s team, but to other areas of the government, Kim said.

Some women described being groped, kissed, or sitting on Cuomo’s lap.

One claimed the governor reached under her blouse to touch her breast and another said Cuomo asked her if she was willing to have sex with an older man.

“The women also described to us that the governor was looking for them, staring at them, looking them up and down or looking at their chest or butt,” said Anne Clark, the other attorney who conducted the investigations.

2. The testimony of a policewoman.

While several of these allegations of sexual abuse had been known for months, the report describes two cases that had never come to light until this Tuesday.

One of them involves an anonymous policewoman who told investigators she was harassed by Cuomo after a brief chance encounter between the two in November 2017.

According to the report, the governor made the woman join her personal protective equipment two months later, despite lacking the three years of minimum experience required for this.

Thereafter, the policewoman told investigators, Cuomo assumed “suggestive” and “weird” attitudes toward her, including once when she asked why she wasn’t wearing a dress (to which she replied that if she did, no would have where to carry his weapon).

The woman pointed out that the governor touched her sometimes without her wanting him, for example by taking his hand to her stomach.

On one such occasion, she said, Cuomo got behind her in an elevator and ran his finger down her spine, from her neck to the middle of her back. “Hey, you,” said the governor then.

On another occasion, the woman said, Cuomo kissed her on the cheek in front of a police officer. And when he asked her to do it another time, she declined.

Cuomo admitted in the report that he may have kissed the woman on the cheek during a Christmas party, but denied touching her back or stomach.

3. A “culture” of fear and retaliation.

The investigation further concluded that within the New York government there was a fear of retaliation by Cuomo and his team, citing a specific case in which they acted against a woman who publicly accused him of misconduct.

“It was a culture where you couldn’t say no to the governor and if you annoyed him or his senior staff, they would dismiss you, sideline or worse,” Kim said.

One of the women who accused Cuomo of harassing her testified that “it was almost as if he knew he could get away with it because if we said something to someone, he would not be the one to get in trouble or walk away; it would be us ”.

The report established that these concerns were substantiated by “a wide range of negative actions” that witnesses described from the top of the New York government over disagreements or employee complaints.

“Witnesses reported that the Executive Chamber under Governor Cuomo cultivated an environment that was very protective of the governor, above all else,” the text noted.