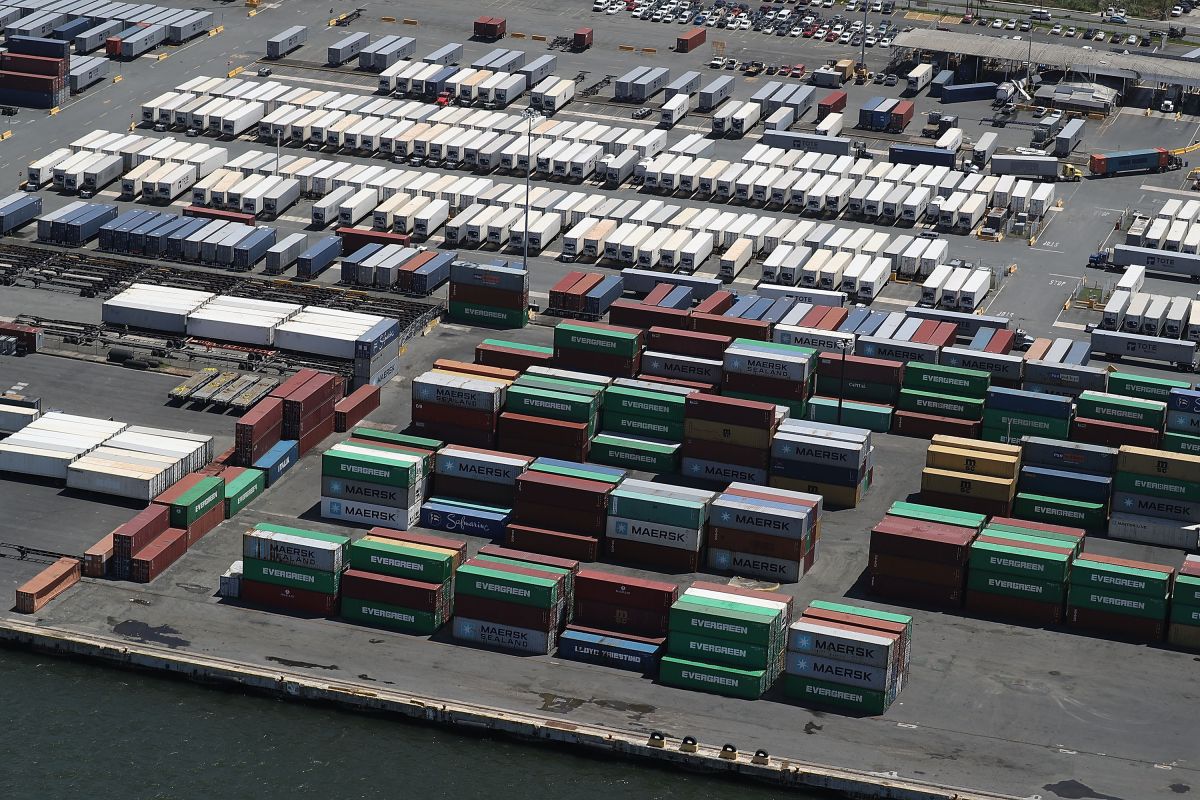 A foreign-flagged ship carrying 300,000 barrels of diesel fuel, a supply that is scarce in Puerto Rico after Hurricane Fiona, had not been able to enter the island through the south coast until Monday due to the impositions of the Jones Act that limit the arrival of foreign ships to the U.S. territory.

The inconvenience is reported a week after the impact of the system and just when business owners such as supermarkets and even hospitals have denounced the lack of fuel to keep the spaces operating, and much of the population is still without power service.

The executive director of the Ports Authority, Joel Pizá, confirmed Sunday night through his Twitter account that the British Petroleum (BP) vessel was waiting at the port of Peñuelas for authorization from the federal government to enter Puerto Rico.

“A foreign-flagged ship with fuel belonging to a supplier of the Peñuelas peerless terminal, coming from Texas, is off our coast. This company submitted a Jones Act waiver request to @DHSgov. (1/2) @fortalezapr,” reads Pizá’s tweet.

On Monday, in an interview with the local newspaper El Nuevo Día, the official indicated that he had not received a response to the request before the U.S. Department of Homeland Security (DHS) for a waiver of the Jones Act requirements.

He added that he does not know why BP sent a foreign-flagged ship from the U.S. this time, as it regularly sends its ships under the U.S. flag to comply with regulations.

BP reportedly applied for the waiver as early as Tuesday, the terminal operator was told, and they decided to send the ship, confident that the request would be granted.

The Jones Act (Merchant Marine Act) requires that merchandise traveling between U.S. ports be moved on vessels built and operated by U.S. personnel. Otherwise, other tariffs and taxes are required for foreign vessels docking at these ports.

The statute’s impact that economically stifles Puerto Rico has been questioned for years by activists, economists, and politicians.

Now the disaster caused by Fiona is reigniting the debate with calls not only from Democrats for the law to be repealed but also from Republicans.

Republicans like Utah Rep. Michael Shumway Lee called Monday on Twitter for the White House to take immediate action to rescind the statute and ease the flow of supplies to the island.

“The White House should immediately grant the Jones Act waiver and provide much-needed relief to the people of Puerto Rico,” the message on the social networking site implores.

Last week, eight Democratic representatives led by Nydia Velázquez, a Puerto Rican, sent a letter to Department of Homeland Security Secretary Alejandro Mayorgas, asking him to pause for one year the law’s provisions to make life less difficult for Puerto Ricans still battling the devastation of Hurricane Maria in 2017.

“As members of Congress, we believe it is our responsibility to ensure that the federal government promotes the economic development and safety of every community across the country. The people of Puerto Rico have long been denied the same benefits provided to U.S. citizens. Right now, too much is at stake. Therefore, we ask the Department of Homeland Security to provide a one-year waiver of the Jones Act requirements in Puerto Rico…,” the representatives stated.

Most of the New York City Council members of Puerto Rican origin also joined this call with a letter addressed not only to President Joe Biden but to the Democratic leaders of both the Senate and House, Chuck Schumer and Nancy Pelosi, respectively.

“An exemption to Puerto Rico during this period will allow a supply of essential items to reach the island faster and more economically,” the missive states. “Isolation from the mainland makes reconstruction particularly difficult and expensive, and we must do everything in our power to mitigate these situations,” the letter states. The document also calls on the Federal Emergency Management Agency to reduce the bureaucracy that undermines access to aid and the equitable distribution of resources.

The Biden Administration has not officially responded to the call from the various political leaders.