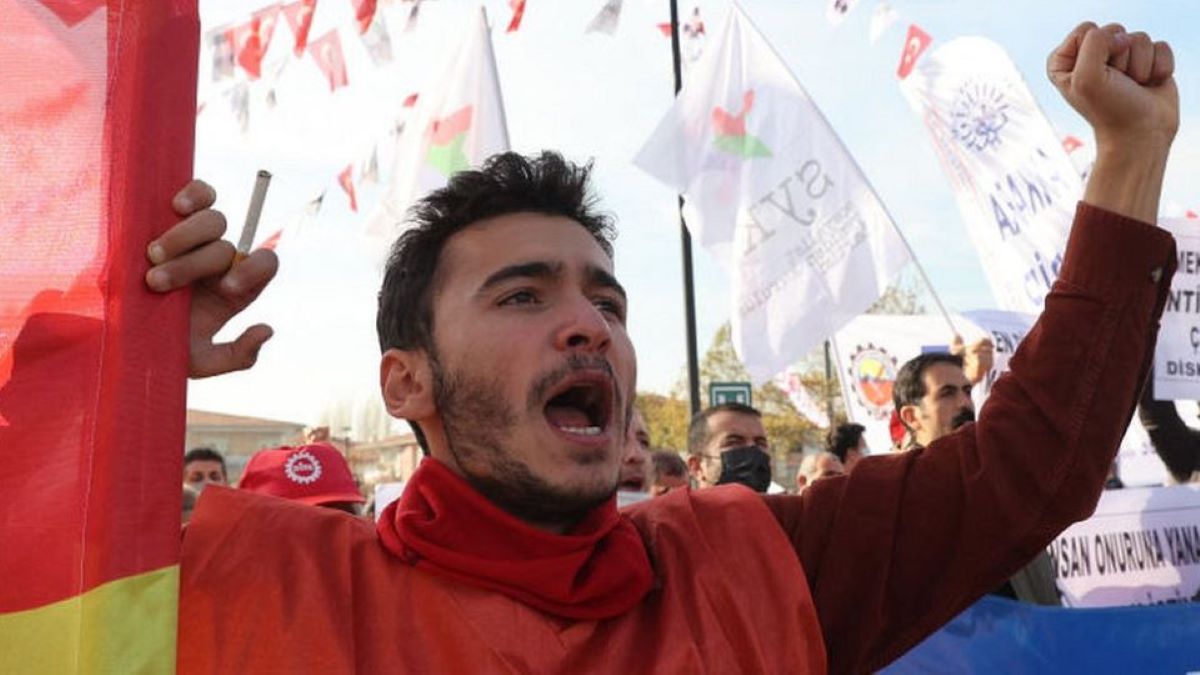 If it seems to you that every time you shop at the supermarket or fill up your car’s tank with gasoline, everything is more expensive, you are correct.

What you may not know is that the increase in inflation is not only happening in your country, since the increase in the cost of living has become a global phenomenon after the economic effects caused by the covid-19 pandemic, with the largest economy in the world going through serious difficulties.

“The United States is the developed country with the most intense inflation,” Keneth Rogoff, professor of Public Policy and Economics at Harvard University, tells BBC Mundo.

An inflation that broke the record in November of being the highest of the last 39 years, sparking passionate debate between those who argue that it is a transitory problem and those who believe that it will not go away so quickly.

Another of the world’s great economies, Germany, is also suffering from high prices, with the index skyrocketing to its highest level in nearly three decades.

What is happening in the world, explains the economist, reminds us of phenomena that occurred in the 1970s and 1980s, when inflationary pressures hit countries hard that, for different reasons, had to face challenges of great proportions.

This year one of the countries that has stolen the headlines has been Turkey, where the cost of living rose 36%, reaching its highest level in almost 20 years.

1-What is happening in Latin America?

From a historical point of view, things are currently much calmer.

Although that does not mean that economists are not working at full speed to decipher the puzzle of how to curb inflation in a different scenario from the previous ones and, at the same time, push for a more sustained economic recovery, considering that in recent months the Fiscal aid to face the effects of the pandemic has decreased and most of the countries are with few funds and a lot of debt.

Latin America knows this well, and it is currently considered the region with the highest inflation on the planet.

Although the latest data are not yet available to know for sure how much inflation rose in Latin America in 2021, projections point to a level close to 12%.

And for this year, although the experts foresee a more positive scenario, expectations are still permeated by that feeling of uncertainty that has kept governments, central banks, investors and analysts in suspense, when they try to predict how to manage the economic course after the pandemic earthquake.

The two largest economies in the region, Brazil and Mexico, have reached highs in 20 and 18 years respectively, while countries like Argentina, Colombia, Peru and Chile are also feeling the effects of the inflationary wave that is sweeping the planet.

2-What are the causes?

Unlike other inflationary waves, the current one has a common factor for all countries: traffic jams in the supply chains that transport products through the planet’s seas, with a “container crisis” that has caused gigantic global disruptions with ships waiting weeks in ports to unload their products and a historic increase in shipping rates.

In short, if it is more expensive to get the products to the stores, they also go up in price.

Added to this logistical problem are other difficulties such as the shortage of labor in developed countries, the lack of semiconductors to make cars, computers or cell phones.

Prices have also risen, economists point out, because of the gigantic amount of money that central banks and the historic fiscal stimulus packages delivered by governments injected into economies to mitigate the ravages caused by the pandemic.

And as the economic recovery began in 2021 after a recessive 2020, the rapid increase in consumption, after many families spent less during lockdowns and at the most critical moments of the pandemic, has also contributed to raising prices.

Two essential factors are added to the cocktail: the increase in the price of energy and food.

Then, against that backdrop, each country has its own problems, its own devaluations of the local currency, its own internal conflicts.

3-What are countries doing to curb inflation?

Precisely because it is a global phenomenon, the typical solutions that could be handled within the borders of each country depend to a large extent on what happens in the rest of the world and, by the way, on how the vaccination process advances and the potential appearance of new variants of covid-19.

Regardless, many countries are using the key tool to manage any inflation: an increase in interest rates.

As interest rates rise, the cost of borrowing money increases, affecting companies and consumers who require credit to make investments or to buy a home.

The problem is that when economies are just trying to raise their heads after the shadow of the recession threatened their stability, economic growth is low (leaving aside the spectacular growth figures that we have seen in 2021 that reflect a misleading statistic. because it is a rebound effect, given that the base of comparison with the previous year is very low).

And high interest rates are not helping to shore up the recovery.

In any case, as raising rates is the most direct way to control inflationary pressures, many countries are resorting to this measure.

This is what we see in Latin America, for example, where central banks have been raising interest rates at full speed to stop prices.

Experts expect this trend to continue this year.

Beyond the “technical” decisions to combat inflation, there are also the political decisions that affect the economic course.

This year they come presidential election in Brazil and Colombia, a factor of political pressure that can also alter economic strategies.

4-Why is what happens in the United States so important?

The United States, for its part, has been in the midst of an interest rate maelstrom, with the Federal Reserve System (also known informally as Fed, the body equivalent to the central bank of the other countries) in the center of the discussions.

In the US, interest rates remain at a level close to 0%, a decision that has made it win several enemies, although the Fed has anticipated that there will be increases throughout this year.

The discussion revolves around how fast you should do it and how large the increases will be.

Do not forget that any decision made by the Fed not only affects the United States, but also generates immediate reactions in financial markets and, as a chain effect, it generates consequences in the rest of the economies around the world.

This issue is so sensitive that sometimes it is enough that there is a change in the expectations of large investors about what the Fed could do, to provoke an immediate reaction in the markets.

This happens because any movement by the Fed causes large capital flows to move from one place to another in the world in search of better returns.

And for countries whose public debt is denominated in dollars, it also directly affects the level of interest they will have to pay to meet their financial obligations.

In domestic politics, the dispute has grown over whether the high inflationary level in the US reflects a failure of economic strategy or whether it is the global disruptions caused by the pandemic.

Debates that are also taking place in other countries as pressures for interest rates to rise in stages and when many of the extraordinary public stimuli delivered to those most affected by the crisis are coming to an end.

Low economic growth, high inflation and less tax benefits, it doesn’t seem like a good mix for any government.

Although from a more optimistic perspective, most of the predictions for this year and next hold that as the months go by and things return to a normalcy more akin to pre-pandemic times, the tensions that have torn the world in the last two years will tend to decrease.