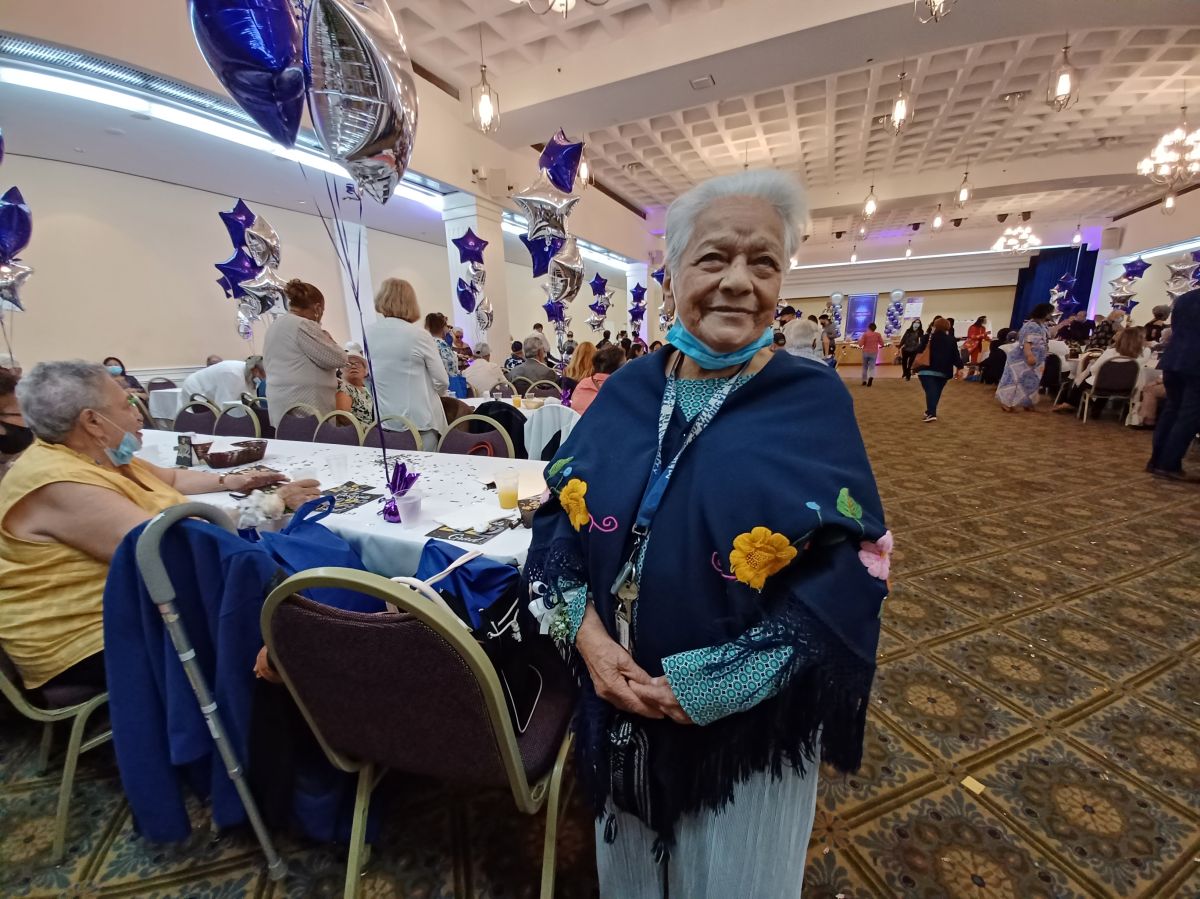 The Guatemalan Victoria Torres, 93 years old, like 400 older adults from the Big Apple, participated this Friday for the first time in a graduation dance. But the immigrant, with 47 years in the country, did not attend a promotion of a son or a grandson, but went to his own ‘proms’, as a way to “celebrate” life, after two years of pandemic lockdown.

“We were locked up for a long time. Now we have a dance. I have a lot to be thankful for because I never got sick with COVID-19. I always had the support of this city, of the organizations that help us in the Bronx. I live alone. And I never lacked for anything.”shares excitedly who attends the Betances Older Adults Center.

Victoria arrived from her country more than four decades ago, hired to assist an older adult in Florida. She got married and after five years she was widowed. She had no children. And since then she lives alone in New York City. She is already retired after working in a factory as a seamstress.

“Even though I don’t have a family, I don’t feel alone. I have God and the group of elders that we go to the day care center. Today we are going to dance and celebrate”, commented the Central American immigrant who clarifies that she feels “slower”, but she does not have any disease.

This first ‘senior proms’ to “celebrate life” that Victoria and hundreds of older adults enjoyed, was organized by the non-profit organization Acacia Network and the Institute for Puerto Rican and Hispanic Elders.

It is one of the leading service organizations for the elderly in New York City, serving more than 150,000 people of all agesthrough integrated centers in Manhattan, the Bronx and Queens, culturally competent in the areas of health, housing, economic development, social services and cultural revitalization.

“While isolation kept many older adults safe, many also died. lack of interaction It affected his mental and emotional well-being. This ‘Senior Prom’ is an opportunity to celebrate their resilience”, he explained. Angel Santini, spokesperson for Acacia Network.

This organization for 20 years had been organizing the traditional feast of the Three Wise Menwhich has great strength in Puerto Rico and New York City, but the rigors imposed by the public health crisis in recent months forced it to be suspended.

“Many of the elders who are here, They never went to proms when they were young. It’s their first meeting in months. We had an event planned in January and the omicron variant ruined all the plans. Although there are still many who are afraid to go out, “said Santini.

This ‘Latin party’ coincided with a very difficult time for a city that trying to recover financially and emotionally from COVID-19, but that in this transition, faces an epidemic of armed violence that continues causing a lot of pain in the streets.

“We came from a lockdown due to that virus, but now I don’t know if we have to face something worse with these shootings that we see every day. I am 78 years old, but I still have life. Now that summer is coming, I hope the violence does not get worse, “said the Dominican Luisa Gonzalez who attends a senior center in the Bronx.

“How little or how much… you have to live”

For others, the “little or much” that remains of existence they want to live enjoying each day, as if it were the last. So think the Puerto Rican couple Julio and Ana Bari who met 15 years ago at the Carver Neighborhood Older Adults Center of Harlem, where they still participate in daily activities. Since they decided to be together, they created a bond that they define as indestructible, which they now celebrated at their first prom.

“Many women have taken me out today to dance salsa and merengue. And I always prefer to dance with her. We spent months locked up, but together. We come from hard days due to the pandemic. Many of our companions died. And we are alive. That’s big!” said the vital 84-year-old Puerto Rican, after moving his legs to the rhythm of his countryman’s track Elvis Crespo and the sonero of the world Oscar De León.

The “big” party kicked off this Friday in an event room attached to the Sant Vartan church in Manhattan at 10 in the morning. Until 4 in the afternoon the honorees were still dancing.

For its part, the Dominican retiree Julia González, 70 years oldwho goes to the center River Senior Center in the Bronx He arrived on time for his first prom party.

“I lost my mom in the middle of the pandemic. And the support I had from these organizations was incredible. I’m going out without fear. All of us who came are vaccinated. The worst is over. We have to live. Life is a bit. See everything we went through and we are privileged to have survived,” he said.

“Isolation is what sickens the most”

The Puerto Rican Maria Ortiz, 69, She was very sick for three months after being infected with coronavirus, although she assures that “her bones still ache”, that was not a barrier for her to attend the call to celebrate this dance.

“If you don’t have anyone to talk to, you feel worse. Locking yourself up makes you sicker. Age does not matter. You have to have fun. And these centers have options for learn new things and meet people“, he reacted.

And precisely because it is the population that experienced the most bitter moments of the pandemic due to its vulnerability, the New York City Department of Care for the Elderly (DFTA) this week announced new efforts to keep this community more connected virtually in the long term and help them limit social isolation through virtual programming and online services.

To meet this goal, the continuation of the free tablet distribution program equipped with Wi-Fi, for older New Yorkers who do not have an Internet-enabled electronic device and reside in more vulnerable neighborhoods.

To date, the DFTA provider network has distributed 9,000 tablets. In the Bronx, 1,000 were distributed last month that will give this agency the opportunity to reach older adults who are not connected to their services.

“The last two years have shown us how important it is to be digitally connected. For older New Yorkers, staying in touch with family and friends online, as well as having access to virtual services, was vital. “, said Lorraine Cortes-Vazquez, DFTA commissioner.