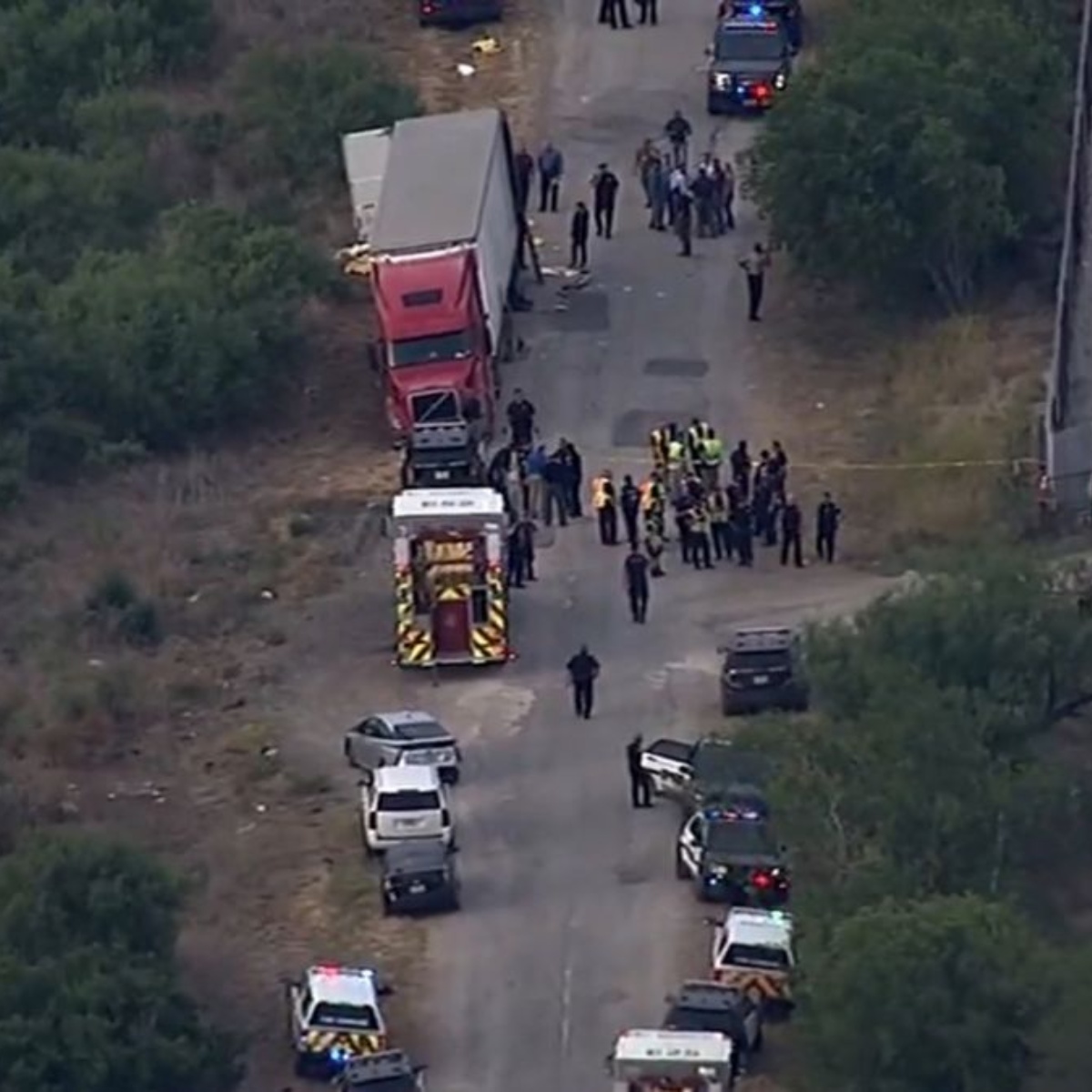 at least 42 migrants They were found dead inside a truck in Saint Anthony, Texaswhile others were rushed to hospital, reports say.

The victims were found inside the trailer of an articulated truck in southwest San Antonio with 16 injured taken to the hospital in various conditions.

A large number of ambulances, fire trucks and other police vehicles are at the scene on Quintana Road.

There are also border patrol officers talking to other officers as the investigation into who the migrants were on board begins.

In images shared on social media, Texas police could be seen searching nearby woods apparently for other people.

It may interest you: They report 37 dead migrants in this 2022; They were trying to cross into the US.

The bodies were discovered inside the 18-wheeler.

As we mentioned in AmericanPost.NewsThe bodies of the migrants were discovered inside an 18-wheeler near train tracks in San Antonio, where temperatures reached 40C on Monday.

The images show the rear doors of the white trailer open with many emergency vehicles and the road closed to the public.

San Antonio is in South Texas, just 150 miles from the Mexican border.