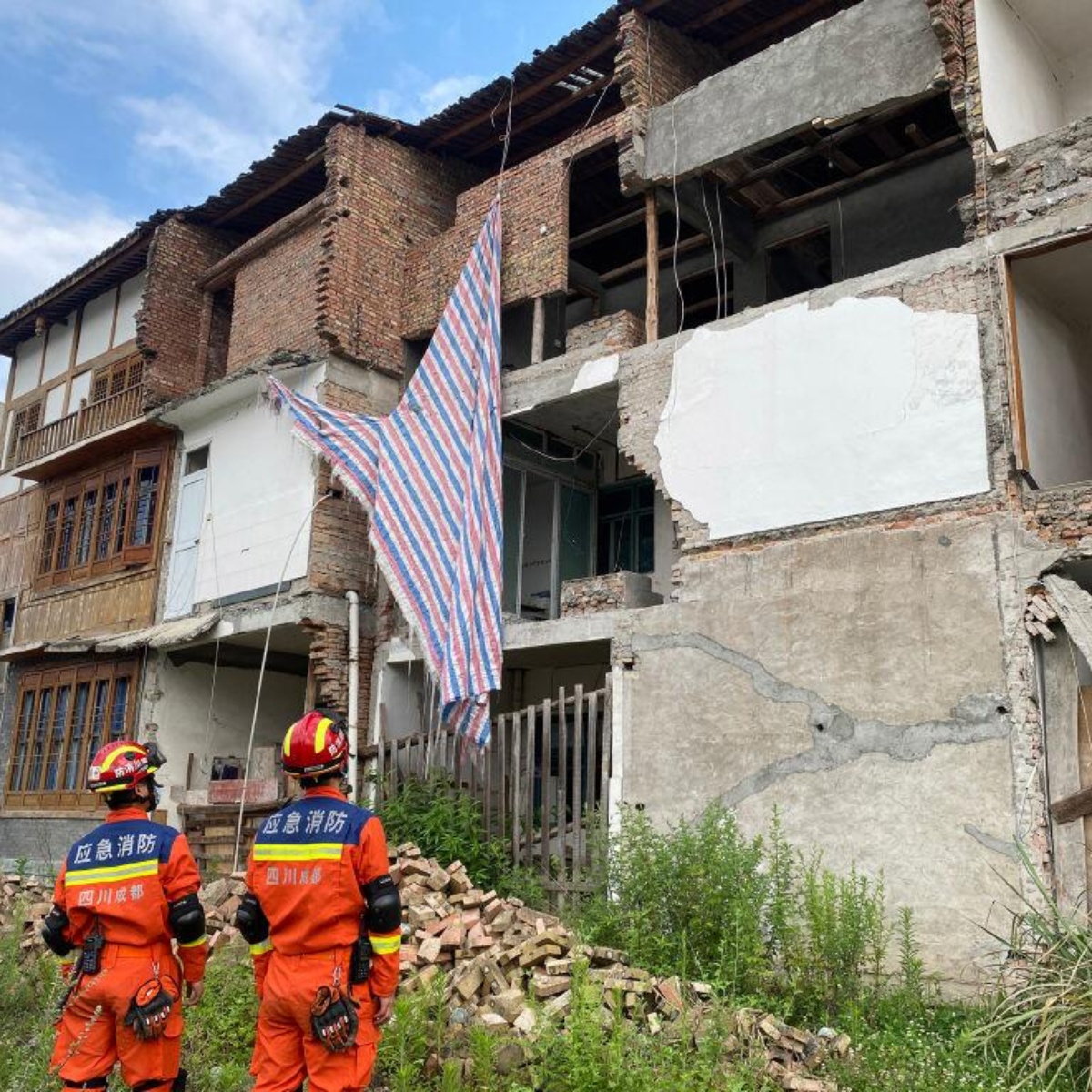 At least 46 people are counted deadas well as multiple homes “severely damaged” after the magnitude 6.8 earthquake that shook the southwest of Chinasaid the China Earthquake Center (CCT).

The earthquake hit a mountain area in Sichuan province at 12:52 p.m. The epicenter was located 39 km from the canton of LudingChinese public television CCTV reported, in a not very densely populated area.

As reported in AmericanPost.News, this Monday, September 5, this powerful earthquake was recorded; So far, 21 people have been killed and thousands of homes damaged.

����#CHINA ��#URGENT | More images of how the #earthquake of magnitude 6.6 with an epicenter 43 km SE of Kangding, in the province of #Sichuan. #RochexRB27#earthquake #Earthquake #Shaking pic.twitter.com/odk9fFlR1v

In videos broadcast by the inhabitants of China, hanging lamps were seen swinging and pieces of buildings on the ground. CCTV showed footage of firefighters removing stones blocking a road and a blue car, with its windshield broken by a large rock.

The earthquake felt in several cities of the province about 200 km from the epicenter, including the regional capital Chengdu, which has 21 million inhabitants, currently confined due to an outbreak of COVID-19.

���� | ATTENTION: Due to the strict Covid measures in China, many people were locked up in their homes in Sichua, the personnel who monitor them fled in the middle of the earthquake and left people locked up. pic.twitter.com/JLM39WAs5l

Sichuan, located on the edge of the Tibetan Plateau, where two tectonic plates meet, suffer earthquakes on a regular basis. At least four people died in June in two earthquakes in the region.

After a preliminary inspection, local authorities reported that communication has been cut off with some towns in the area and that there have been landslides and serious damage to homes and roads.

It may interest you: China authorizes the first inhalable vaccine against COVID-19

What is an earthquake?

A earthquake can be defined as a tremor on earth caused by moving waves causing: surface faults, vibratory tremors, liquefaction, landslides, tremors and/or tsunamis. Globally, more than a million earthquakes occur worldwide, resulting in an average of two earthquakes per minute.