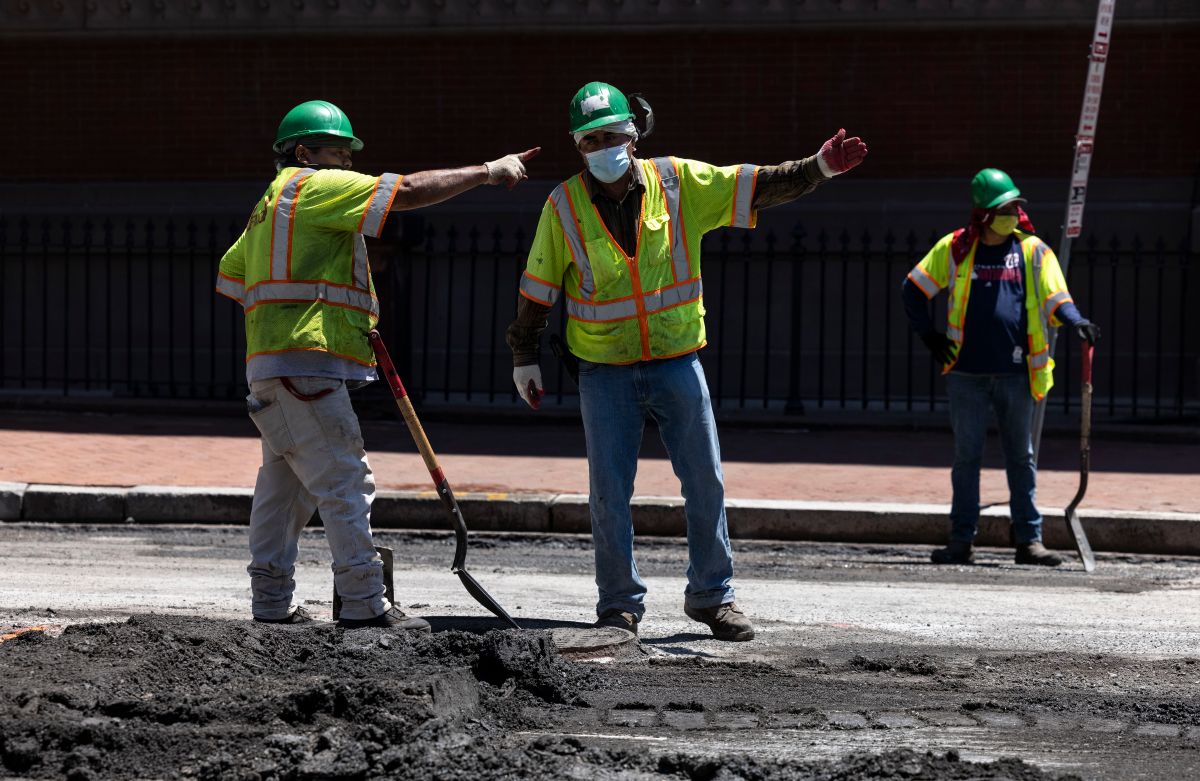 The U.S. Department of Labor released the July employment report on Friday showing good results in recovery where about 1 million people returned to work, especially in states where they continue to receive unemployment benefits.

July registered the highest rate of increase in hiring in more than a year, despite concerns that the delta variant of the coronavirus will affect the reopening of companies.

These are 5 key points behind the recovery of jobs during July:

1. Close to a million jobs

The figures show that close to one million workers found a new job in July, in exact figures they were 943,000 new jobs nearly quadrupled from the previous month.

2. Increase, but not full recovery

Some of the biggest job increases last month were in the sectors that were most affected by the COVID-19 pandemic.

The hotel industry was once again the sector that benefited the most, representing 40% of the increase in jobs as Americans are more comfortable traveling and states relaxed restrictions on COVID-19. 327,000 people found a new job in the hotel and restaurant sector while wages registered an increase of 0.9% compared to June.

The report notes that the average hourly wage in July was 4% higher than last year.

However, despite the increase, the number of jobs in these sectors continues to be 10% below the jobs in February 2020 before the pandemic shut down the economy.

Also, jobs in education have started to increase as schools and universities prepare to return to face-to-face classes.

3. Reduction in the unemployment rate

UKG, a company specialized in payroll and time management, found that hourly shifts for states that canceled unemployment benefits early only grew at half the rate of those still in the federal program and they will receive the support until the beginning of September.

“Unemployment benefits weren’t the thing holding people back from going to work,” Dave Gilbertson, UKG vice president, said in an interview on CNBC. “There are other elements, especially in his personal life, that make it really difficult to go back to work.”

It seems that the additional unemployment benefits granted by the federal government if they are boosting the employment rate by providing greater economic stimulus to workers.

The figures presented this Friday come from surveys that were carried out during the second week of July and do not reflect concern about the new delta variant of the coronavirus since it was until July 27 when the Centers for Disease Control (CDC) changed their guidelines on the use of masks.

There is still concern that the results may be temporary due to the fact that companies are requiring their workers to wear masks and some companies are additionally requesting a full vaccination scheme for their employees in fear of a new outbreak of cases which could represent a new threat to the economy.

The figures show that the number of people who are working from home decreased since the July figure of 13.2% of employees is less than the 14.4% of workers who carried out their work from home in June.

But nevertheless only 8% of Hispanic workers were able to do their jobs from home, being the group of the population most prone to contracting the virus.

Although the US economy is regaining the jobs it lost during the pandemic, the country still has not reached the 5.7 million jobs it had before the arrival of the health crisis.