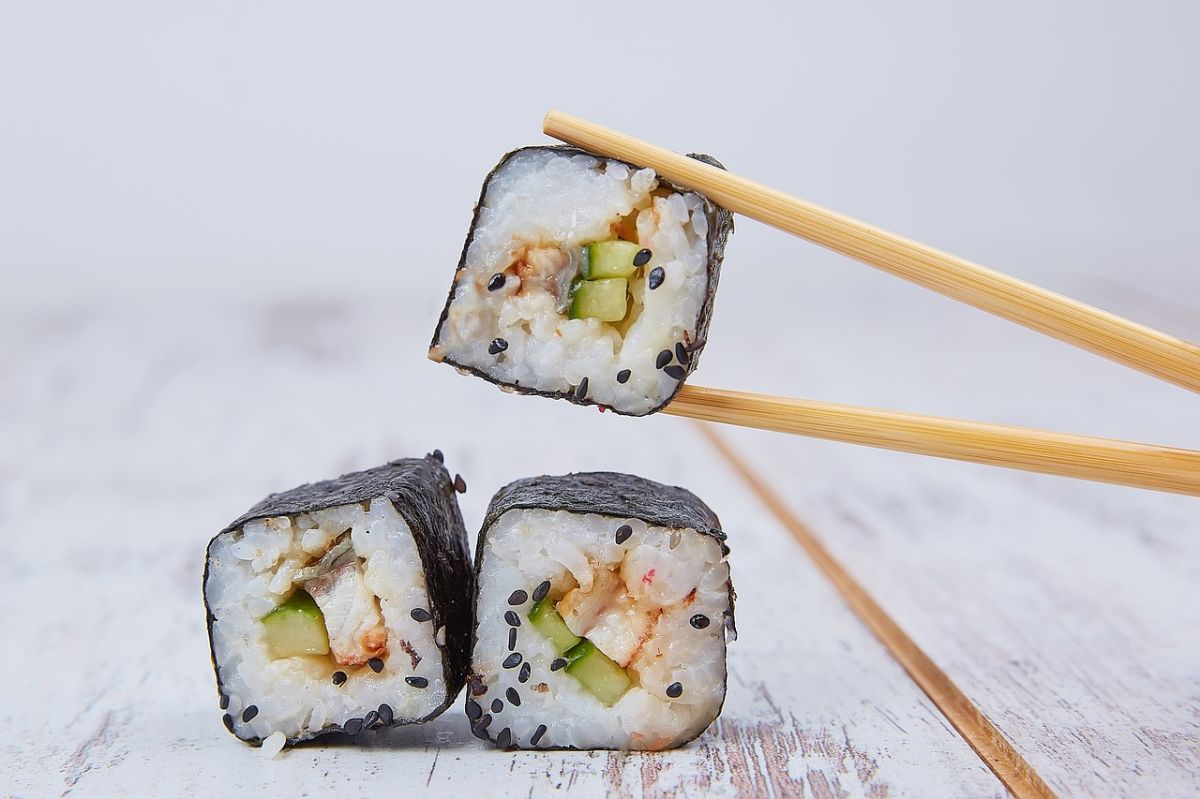 Sushi is the most popular Japanese food dish in the world. There is a great variety of types of sushi, with different types of ingredients, forms and presentations. The most typical form of sushi is made with rice and fillings rolled inside a sheet of dried seaweed.

There are many styles of sushi, not all of them are rolls. As the chirashizushi, which is one of the most common varieties of sushi made in Japanese homes and served over a bowl of rice instead of being rolled up. A variety of ingredients are placed on top or mixed with the rice.

Contrary to what some people believe, sushi does not necessarily include raw fish. The main ingredient in sushi is rice, it can be white or whole, include ingredients such as seafood, meat and vegetables.

In addition to chirashizushi, we share 5 other most popular forms of sushi in Japan.

Norimaki is the most colloquial way of calling what is also known as maki sushi. This is probably the most famous variety of sushi inside and outside of Japan. Japonpedia explains that maki means rolled up.

This type of sushi consists of sheets of nori seaweed covered by a layer of vinegary rice; a variety of ingredients such as fish, teriyaki chicken, and fresh or cooked vegetables are placed in the center. It is then rolled up using a mat made from bamboo sticks.

Nigiri or nigirizushi is a type of sushi in which fresh meat is placed and pressed onto sushi rice. The coverage is usually seafood such as shrimp, also tuna, haddock or eel, among many other varieties such as squid and octopus. Nori seaweed is sometimes used to wrap it and hold it together. It is traditionally eaten by hand, in a single bite.

Temaki is a type of sushi rolled in a conical shape with nori seaweed. It is filled with rice, raw fish and vegetables. These rolls are traditionally prepared at family celebrations at home. The temaki is usually eaten by hand.

Oshizushi is a sushi that is distinguished by its rectangular shape. It is also known as boxed or pressed sushi. This is one of the oldest forms of sushi and It is derived from the ancient method of preserving fish by packing tightly in boxes with fermented rice. To shape and press it, a wooden mold called an oshibako is used.

The rice with vinegar is covered with various ingredients and layered in the oshibako and then compressed; later the block is cut into small pieces and served. Marinated or grilled fish and seafood are traditionally used, it is also common to use raw fish.

In gunkanmaki the sushi rice is molded into an oval shape and wrapped with nori seaweed. The pieces are traditionally garnished with fish roe such as ikura (salmon), kazunoko (salted herring) or uni (sea urchin). There are many varieties of gunkanmaki.

The word gunkan translates to warship, was influenced by the oval shape reminiscent of a battleship.