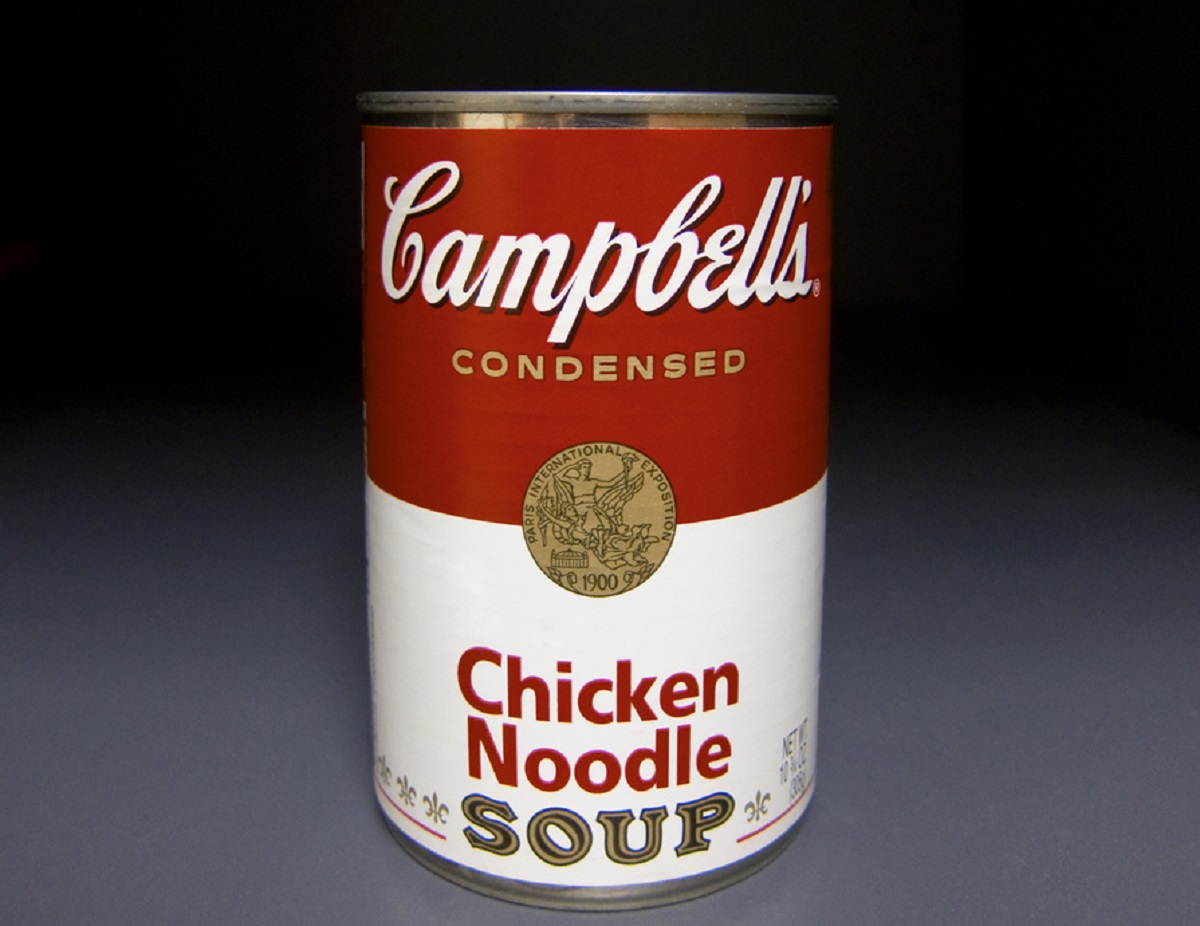 Campbell’s soup cans have a long history. We’ll tell you some fun facts about the popular American canned soups that have been on grocery store shelves for over 120 years, created by a company called Anderson & Campbell, founded by Joseph Campbell in 1869 in New Jersey. and that in 1922 it would become the Campbell Soup Company.

The first jar of ready-to-eat soup was the Beefsteak Tomato, launched in 1895. As a fun fact, Joseph Campbell was not at the company he founded (he sold vegetables) to see the launch of the first jar of soup; he had already been succeeded as president and had retired a year earlier.

The iconic red and white cans weren’t always that color. In the beginning, the labels were navy blue and orange and the Beefsteak tomatoes from New Jersey stood out.

Campbell notes that his first red and white soup can label debuted in 1898, after a company executive attends Cornell-Penn’s annual football game and is impressed by Cornell’s new red and white uniforms.

4. The medallion on the soup label

The medallion on the can label is the bronze medal the company won for product excellence at the 1900 Paris World’s Fair.

Andy Warhol is one of the pop art icons who in 1962 produced “Campbell’s Soup Cans”, 32 screen-printed paintings, each representing the brand’s condensed soup flavors available at the time.

Mental Floss publishes that Warhol used to eat these soup for the same lunch every day, for 20 years, the same thing over and over again. “I had internalized the soups both literally and metaphorically. Warhol’s admiration for how the uniformity of each flavor was constant from can to can inspired him to turn to photographic screen printing after the creation of Campbell’s Soup Cans. ”