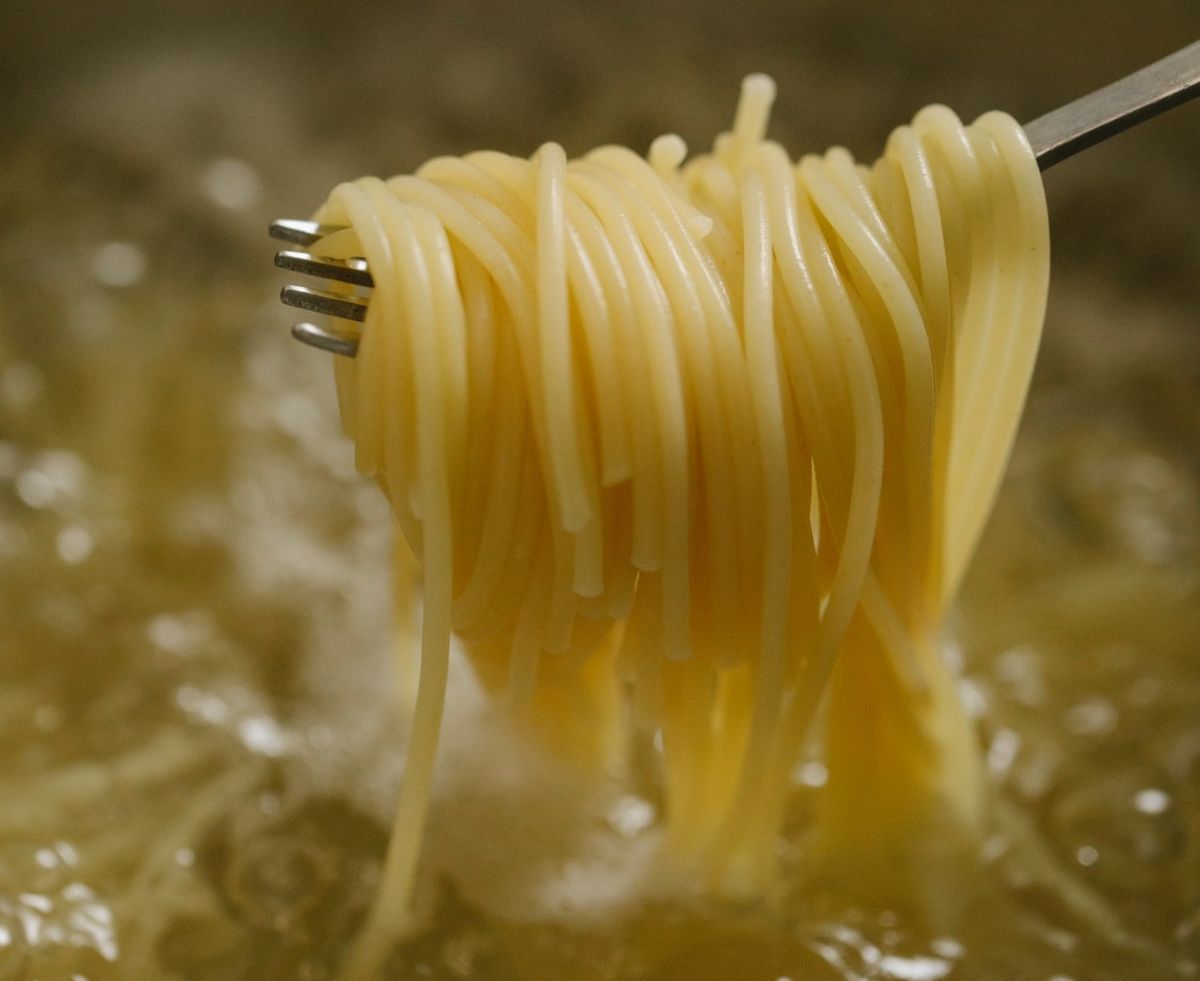 Cooking pasta is not a difficult matter, but you do have to save some details so that this basic dish of Italian cuisine is done correctly. One of the mistakes to avoid is that the pasta sticks.

Adding oil to the cooking water is not the best solution to prevent the pasta from stickingaccording to pasta experts. As explained in the 10 commandments to cook the perfect pasta, adding olive oil will cause the sauce to not stick to the pasta as it should and slide off the noodles.

To prevent the noodles and spaghetti from sticking to the pot, among the main tips to follow, which Lorenzo Boni, executive chef of Barilla told Mashed, is use enough boiling water, stir and strain properly.

Here are 5 tips that you should always follow when cooking pasta and avoid sticking:

1. Use a large pot and enough water

A large pot and enough water will allow your pasta to cook better and not stick. This gives you enough room to expand and move more. You need to have enough boiling water to help balance the heat once the pasta is added.

When using a pot that is not large enough, the temperature of the water drops significantly when the pasta is added. As the water comes back to a boil, the pasta becomes lumpy and mushy in the pot. This also creates a higher ratio of starch to water, which makes the pasta sticky, The Kitchn explains.

2. The water must be boiling

Boni suggests making sure that when you add the pasta, the water comes to a boil. This allows the pasta to move more, making it less likely to stick itself to the pot.

Stirring the pasta during cooking is essential to avoid sticking noodles or spaghetti. Stir the pasta immediately after adding to water and occasionally during cooking. Boni points out that if you have the right proportion of water and it’s boiling, you won’t have to stir as often.

4. Drain and don’t let it settle

After draining the pasta, don’t let the pasta settle and dry. As it cools, the starches will harden and the paste will stick. Instead of draining with a strainer, you can also use tongs or a slotted spoon to transfer the pasta to the sauce.

5. Have the sauce ready before the pasta

“Be quick and never let the pasta sit in the strainer waiting for the sauce to be done… The sauce must be ready before the pasta is cooked, so they can be combined immediately, ”says Boni.

As an additional suggestion is to use a good quality pasta made from durum wheat that reduces the amount of starch released into the water.

It may interest you:
–TikTok pasta, one of the 5 most popular recipes of 2021 in the United States, according to Google
–The 6 tips from Aarón Sánchez to make the best tacos
–In case of an oil fire in the kitchen, never use water to put it out