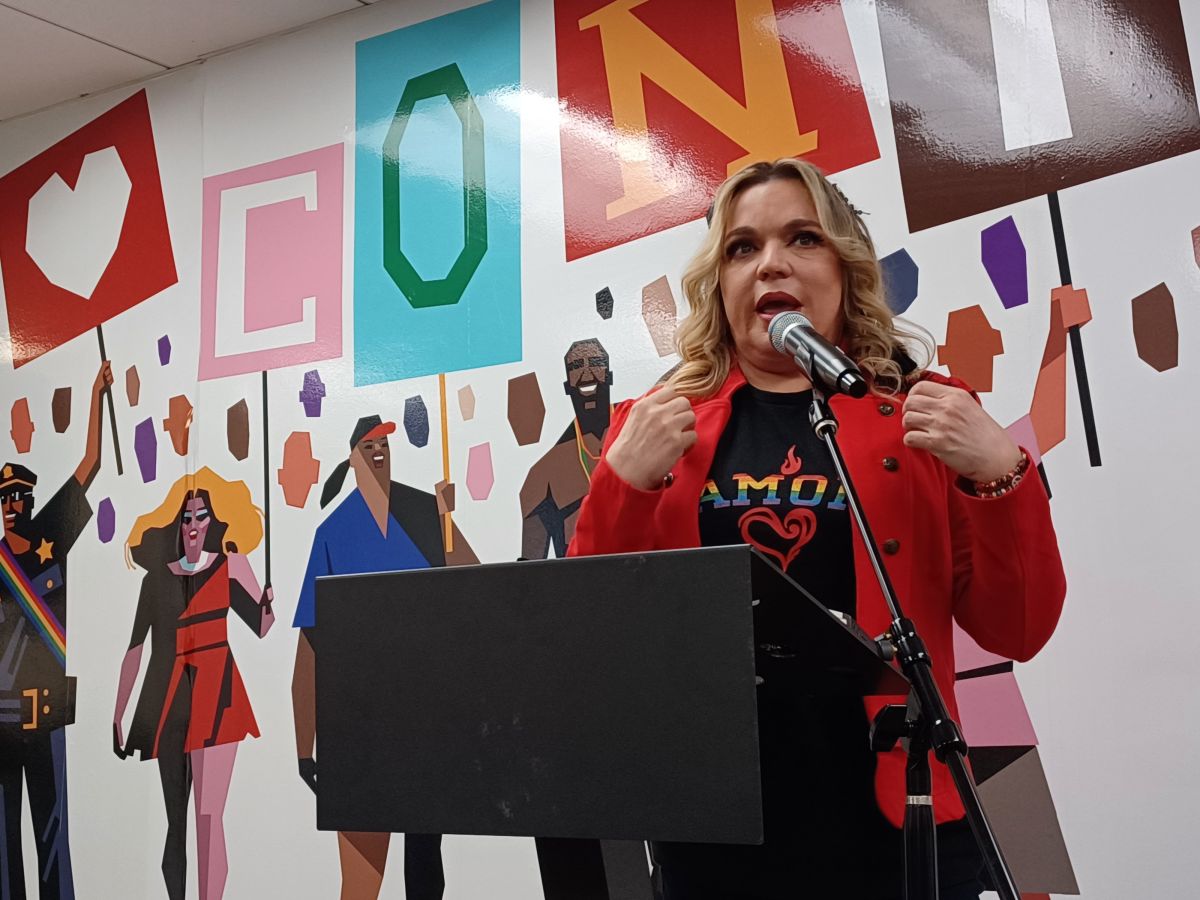 The 53rd New York City LGBTQ+ Pride Parade (NYC Pride) which will cross several streets and avenues of Manhattan this Sunday, is the second major mass event to be held by the Big Apple this 2022, after the Puerto Rican parade. Both events had been canceled for two consecutive years due to the pandemic.

Now this concentration that celebrates the diversity of gender identity and expression, returns 100% face-to-face, with the motto “No regrets”. And also the controversial discussion about the participation of police officers in the security of the event.

In addition, it is added as a background, judicial rulings that ignite debates on civil rights such as the possession of weapons andreproductive rights.

The goal of its organizers is to retake the “power” of convening, as it is considered one of the scheduled human concentrations biggest in the world.

This time, and after more than five decades, this movement continues to push from various shores and “colors” for rights and recognition.

Through a statement, Sandra Perez, Executive Director of NYC Pride He summarized that “to these struggles is now added the onslaught of certain legislation in the country that directly targets LGBTQ+ people. Despite the attacks, we are here to tell the country and the world: we will not be erased. We will continue to love and live our truth. And we’re not going to apologize for it.”

This march that has come to gather 1 million people in the past, is revived after months of the COVID-19 pandemic, but also in the midst of an epidemic of armed violence, which it has precisely had in the Big Apple one of its main battlefields.

No NYPD officers nearby

But despite the climate of criminal violence and an exponential growth in hate crimes in New York City, the organizers of this celebration, which began precisely as a commemoration of the uprising of this group against the police, demanded measures for this year for Reduce the presence of law enforcement at all your events.

The highly controversial argument of the NYC Pride board of directors is that these changes limiting police presence are meant to address “concerns expressed by some people transgender, black and latina who say they feel insecure, marching in the face of a force that has historically attacked them.”

In this edition, New York City Police Department (NYPD) officers will not be able to participate as a group in the march until at least 2025. The ban includes the Gay Officers Action League (GOAL)an LGBTQ organization of the Uniformed.

The NYPD was also required to stay one block away from the march. Instead, the organizers propose the use of sophisticated private security companies. Yes indeed, Agents will be called in an emergency.

Prior to 2021, LGBTQ officers were welcome in the parade and GOAL members have regularly marched in uniform with celebrants since that organization was founded in 1982.

All that changed last year, after the death of George Floyd in 2020 fueled anti-police sentiments in some quarters.

Given this controversy, NYPD sources indicated that “New Yorkers will always have the confidence, intelligence and ability” of their uniformed officers to prevent any violent situation in its streets.

A Hispanic officer, who withheld his name, told El Diario that this position had generated a marked “exclusion” of members of that police force who have been part of this activity for years.

“It is totally contradictory that an organization that calls for inclusion and tolerance, acts in a discriminatory manner. NYPD apologized to the world for the attacks. The world changed and our institution too. So much so that there is an effective coalition of sexual diversity within our body. And they are now the rejected ones, ”said the cash.

Indeed, during the preparations for the 50th anniversary of the NYC World Pride in 2019 the commissioner of the Uniformed at that time, James O’Neill, He apologized to the LGBTQ+ community for all the attacks, a gesture that was accepted that year.

The Hispanic Godmother of the March

NYC Pride selected five marshals or godfathers to lead this year’s parade. These are social media stars, activists, and American television figures who have used their platforms to help members of this collective “truly love and live their truth, without fear or shame.”

But in the particular case of Latino communities, in the midst of this “festival of diversity”, they will also have their own godmother. It is about the Puerto Rican star Ednita Nazario, who will lead the parade of Oasis, a center of wellness Latino LGBTQ+ that will join the hundreds of organizations, institutions and corporations that will be part of this parade, under the slogan ‘Love continues’.

“It’s 50 years of struggles and activism. And today when we join this celebration, this group that only wants inclusion and freedom to love, continues to receive threats. I am honored with this invitation. I am sure that now our activists are ready for the battles to come. But not in a confrontational way, but from love, ”said the Puerto Rican singer this Friday.

Since 1970 this stop has been made in the streets of the Big Apple to commemorate the anniversary of the momentous uprising in front of a bar in Lower Manhattan called Stonewall, where a group of gay, lesbian and transgenderconfronted the police who tried to raid that place.

This fact is considered the awakening of a world movement for the struggle for the rights of this groupwhich has not stopped yet.

What is the route of the March?

4 million tourists attracted the 50th edition of NYC Pride in 2019, before the public health crisis caused by the COVID-19 pandemic