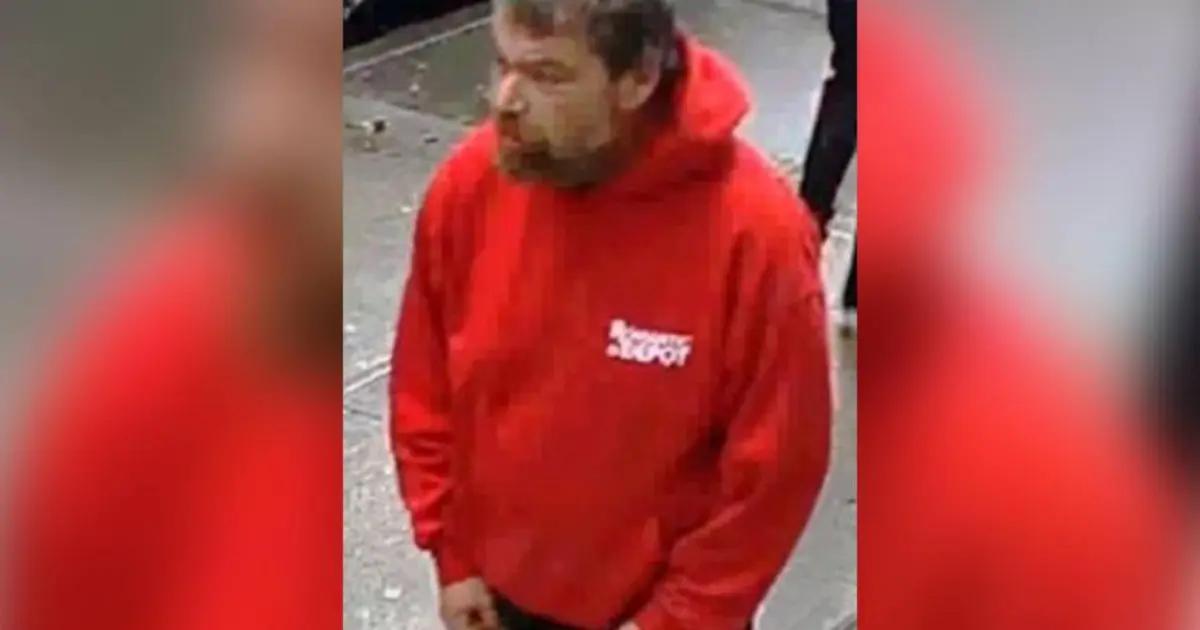 A woman of Asian descent was pushed to the ground in Manhattan’s Herald Square by a bigoted subject who mocked her Oriental roots, authorities reported Tuesday.

The NYPD stated that the suspect approached from behind the 56-year-old victim and shoved her wordlessly around 3:15 p.m. last Dec. 31 near Sixth Ave. and W. 33rd.

“Stupid Asian bitch,” the attacker yelled at the woman, according to officers. “You want another one?” he threatened her.

The woman was injured in the arm but did not require medical attention, the Daily News reported.

New York officials released security camera footage of the offender on Tuesday, so they asked for the general public’s help identifying and capturing him.

The subject is described as approximately 5 feet 6 inches with a large build, short dark hair, a bushy beard, and light skin.

At the time of the attack, he was dressed in a red hooded sweatshirt with white lettering on the back, camouflage sweatpants over black pants, and black shoes.

Anyone who can provide information about the suspect is asked to contact Crime Stoppers at (800) 577-TIPS. All calls will be kept confidential.