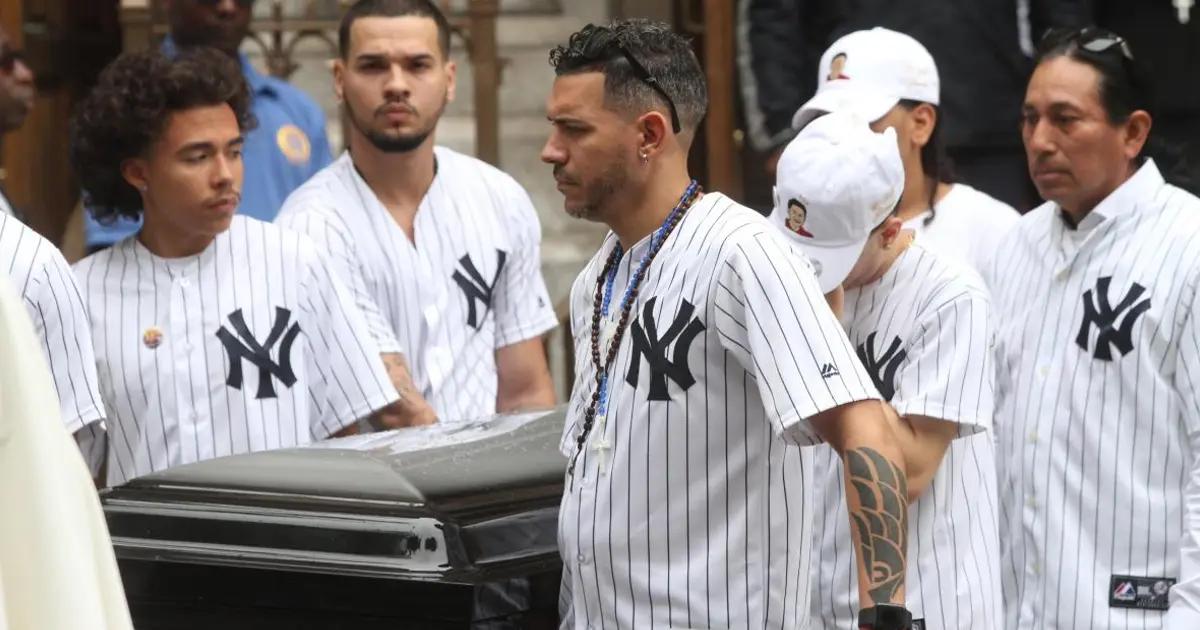 The last six of the 13 members of the “Trinitarios” gang charged in the brutal knife and machete murder in a bodega of 15-year-old Lesandro “Junior” Guzman Feliz have been sentenced, bringing to a close one of the most violent graphic evidence crimes in New York history.

“Our prosecution against the 13 defendants involved in the murder ends today,” Bronx District Attorney Darcel Clark said Friday, quoted by Daily News. “Their unconscionable actions led to the death of the 15-year-old boy…The shocking viral video of the attack left the Bronx community and the world horrified at such utter disregard for human life.”

The dramatic “mistaken” killing was caught on security cameras on June 20, 2018. On Friday, four and a half years later, the latest defendants were sentenced to prison in El Bronx Supreme Court on charges of first-degree involuntary manslaughter.

These six convicts will also serve five years of post-release supervision. All six defendants pleaded guilty to involuntary manslaughter in November and December. Seven other gang members had previously been sentenced in the dramatic case.

“The shocking viral video of the attack left the Bronx community, and the world, horrified at such total disregard for human life”

Two ringleaders of the murder, Diego Suero and Frederick Then, were convicted of murder and sentenced to 25 years to life in prison last July.

Jonaiki Martinez Estrella was sentenced in October 2019 to life in prison without the possibility of parole for the murder after he was caught on surveillance video plunging a knife into Junior’s neck.

The 15-year-old was dragged out of a bodega in Tremont and stabbed among several because they apparently mistook him for another boy. He still managed to run, bleeding to death, until he collapsed at a nearby hospital where his mother worked.

Also in October 2019, murderer José Muñiz, who cut Junior with a machete, and co-defendants Elvin García and Antonio Rodríguez Hernández Santiago were sentenced to 25 years to life in prison. Another defendant, Manuel Rivera (18), was sentenced to 23 years because he was a minor at the time of the crime.

“I will never forgive you for deciding to murder my son. You are and always will be a danger to society (…) My hope is that another family will never have to live with the pain of losing a son,” the victim’s father, Lisandro Guzman, said in October 2019 in court.

His Dominican mother, Leandra Feliz, became the face of grief and has since been advocating for a bill to install panic buttons in all New York bodegas. “My son already passed away,” she said in 2019. “They killed my son. We have to protect our future children and our community.”

At the time of the crime, Feliz worked as a housekeeper in the intensive care Unit at St. Barnabas Hospital, where her son was pronounced dead.

In New York, the interior and surrounding areas of warehouses are often crime scenes, both robberies, and homicides. NYPD has warned since last year of increasing insecurity in businesses and warehouses.

Many owners have opted to reduce hours and lock up merchandise in the face of an increase in robberies at stores, pharmacies, and warehouses, including deadly attacks on employees and customers.