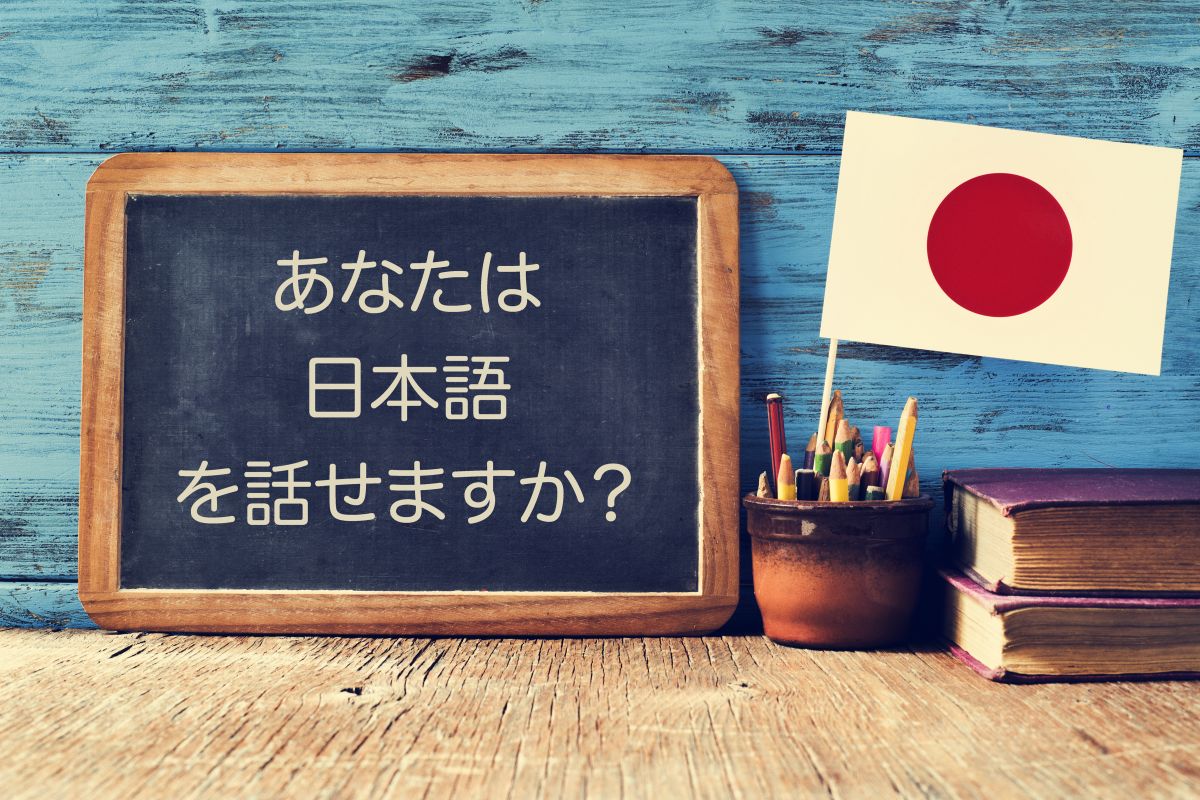 You must have ever seen a ninja movie, completed a magazine sudoku puzzle, or ate sushi, although you may not have liked it.

The truth is that both ninja, sudoku and sushi They are words that come from Japanese and that the Spanish language adopted.

They are not the only ones. According to a recent count by the Fundación del Español Urgente (Fundeu), the Dictionary of the Spanish Language of the Royal Spanish Academy (RAE) has 59 words of Japanese origin.

How many Japanese words does “DLE” contain?

The current edition of the academic dictionary has 59 words of Japanese origin.

Discover more curiosities on the minisite of # Tokyo2020 that we have developed with @Bridgestone_H. # GuideTokio2020https://t.co/45h1uiXT9j pic.twitter.com/7phegDFkHT

Other research maintains that Spanish has 92 Japaneseisms, as this set of words is called.

And if we put the magnifying glass in Latin America, specifically in Peru, where there is a large community of Japanese descendants, the words are more than 100.

However, the influence of Japanese on the Spanish language “cannot be compared with another language, such as English or French,” Rafael Fernández Mata, professor of Spanish at the University of Córdoba, Spain, and author tells BBC Mundo of different studies on Japanese in Spanish.

According to his research, there are Japanese words that entered the Spanish language dating back to the 16th century. The first were catana and bonzo.

Catana in Spanish can be a knife, a saber, and in Cuba also an old and dilapidated car. Its origin is the Japanese word Katana which is sword.

Y bonze has its origin in the Japanese word bonsa, who is a Buddhist monk.

Hence also the expression “Bonzo” which means spraying yourself with flammable liquid and setting yourself on fire in public in protest or solidarity in reference to the first monks who carried out such acts in the 1960s.

But there are other words incorporated into the Spanish language that you may not even know have Japanese origin. Here we leave you some.

In case you don’t know it, it is a screen made up of several frames, which closes, opens and unfolds. It is often used to separate environments.

The word comes from the Japanese byómbu, a variant of byób;byó means protection and bu, wind.

This is one of the words of Japanese origin recently incorporated into the Dictionary of the Spanish Language of the RAE.

In Japanese and means drawing and moji is character, writing sign.

Its definition says that it is a small image or digital icon that is used in electronic communications to represent an emotion, an object, an idea.

And it should not be confused with an emoticon, a word that comes from English and refers to the symbols formed by keyboard signs, which represents a facial expression in electronic messages.

It is a cotton mat that serves as a seat or bed, typical of Japan.

It comes from the same word in Japanese futon.

Karaoke can be the activity of interpreting a song on a recorded musical background, while following the lyrics that appear on a screen; the technical equipment consisting of a sound amplifier, microphone, etc., used for karaoke; or the public place with karaoke facilities.

Any of the three comes from the Japanese word karaoke: kara means empty and ok is a shortening of ōkesutora which is an orchestra.

In sauce, milk, cheese, etc., many foods are made from soy, which is the highly nutritious fruit of the legume plant from Asia that bears the same name.

It comes from the Japanese shoyu and according to Fernández Mata’s research, it is the most used Japaneseism in the Spanish language.

In the last 20 years there have been two great natural catastrophes that left hundreds of thousands of people dead.

It is the gigantic wave produced by a tsunami or a volcanic eruption at the bottom of the sea. Those tragedies began to be called worldwide as the Japanese word tsunami.

Although it is not a new word, “with the tsunami of 2004 and then in 2011 it is observed that the number of times it is used increased”, details Fernández Mata.

Along with soybeans, tsunami is the word of Japanese origin most used in the Spanish language.

It should be noted that the writing of the Japanese language does not have an alphabet like Spanish, but has syllabaries. However, the sounds of Japanese are very similar to those of Spanish.

“The Japanese have five vowels like us and maybe the sound ts which is a t and an s, or the r may have some kind of differences ”, points out Fernández Mata, who is a doctor’s assistant in the Department of Language Sciences at the University of Córdoba.

In the Spanish language, Japaneseisms related to martial arts and sport What ninja, samurai, judo, sumo, karate, aikido, to name a few.

Also in the gastronomy What sushi, sake, ajinomoto (seasoning), surimi (pasta made from white fish meat), tempura (fried vegetables or fish, previously coated in flour) or tofu, collects the Dictionary of the Spanish Language of the RAE.

And then there are terms related to the dress and traditions What kimono, geisha, bonsai and origami.

“The large number of words began to enter (in the Spanish language) in the second half of the 19th century, and the beginning of the 20th, when the Meiji Restoration began in Japan in 1868”, details Fernández Mata.

It is about the reign of the Japanese emperor Meiji Tennō (1868-1912), in which the country began a period of modernization and westernization.

“And later in the 1980s until the first decade of the 2000s, it is observed that there is a lot of movement of words related to technology and food,” he says.

It is estimated that nikkei, a term that designates Japanese immigrants and their descendants, there are more than 100,000 in Peru.

According to the Peruvian-Japanese Association, up to five generations descendants of the first Japanese who arrived currently live in the country and according to data from the National Institute of Statistics and Informatics (INEI), some 22,000 people identify themselves as nikkei.

That is why Japanese culture is very important in Peru and the use of words of Japanese origin goes beyond the community.

“Japanese is present in daily speech in Peru because we Japanese descendants are still here and we interact with each other ”, Claudia Kazuko Almeida Goshi, professor of Linguistics at the Universidad Nacional Mayor de San Marcos, in Peru, tells BBC Mundo.

But Almeida Goshi highlights that the arrival of investments through Japanese restaurants after the serious economic crisis in 2009 implied that terms related to food began to be used and recognized outside the colony nikkei.

“Words like sake, sushi, mochi (candy), tofu, hashi (chopsticks), ingredients that I used since I was little have earned their place and people beyond the community use the terms or recognize them ”, describes Almeida Goshi, who is a fourth generation of Japanese descendants.

But the sounds of those Japanese words were heard long before on Peruvian soil.

“The words of Japanese have been used by members of the colony since 122 years ago the first ship with Japanese arrived to work on the sugar estates,” says the teacher.

However, “the children of these first migrants did not inherit the language for a political issue, let’s think about World War II and all that it implied. And there was also a need to adapt ”, he says.

The late Peruvian writer José Watanabe, also of Japanese descent, was in charge of compiling a large number of terms in his “Glossary of Japanese words used in Peru.”

Among them are those related to courtesy such as arigato (very thankful), ohayo(Good Morning), sayonara(goodbye, see you later, goodbye greeting), irasshaimase (to welcome in a restaurant), etc.

In the list are also the words related to family relationships such asobachan (grandmother or any elderly person), ojichan (Grandpa), okasan (mother), otosan (dad, father) and tomodachi(friend, partner, comrade), to name a few.

And those that are related to tradition like photokesama, an altar in a house where ancestors are worshiped, consisting of a photo of the deceased person and small plates containing food as an offering, highlights the linguist.

Words matter. Through them, links are created and maintained to preserve and update a community that has been part of Peru for 122 years ”, assures Almeida Goshi.

What makes a language or accent sound “sexy”?

What is Chalcatongo Mixtec like, the language spoken in parts of Mexico and the US and what makes it different from Spanish