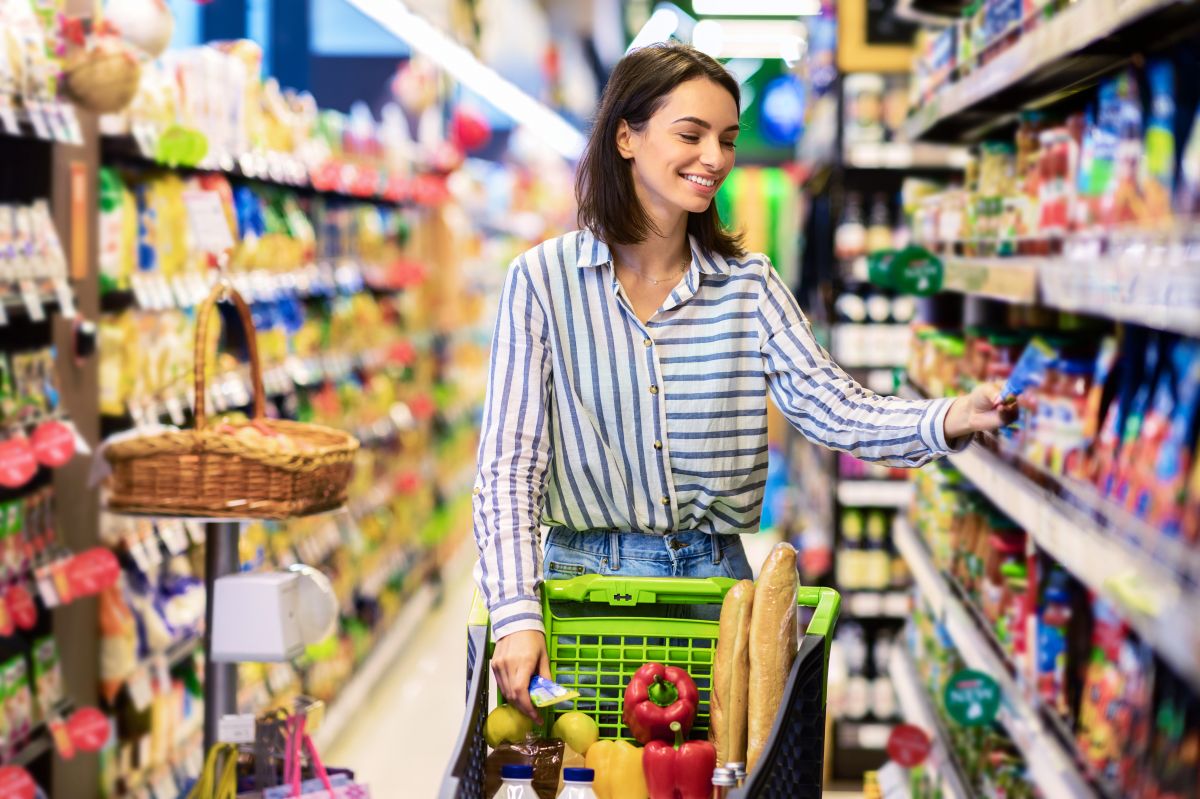 A Latino family, on average, spends between 25% and 40% of their monthly budget on food, according to official figures of each country. The poorest sectors allocate an even higher percentage.

Latin America is the region where it is more expensive to eat healthy on the planet along with Africa, according to the Food and Agriculture Organization of the United Nations (FAO, for its acronym in English).

In order to do so, each person needed $4.25 a day in 2019, the latest data available. That is 3 times more than the population could pay.

The updated amount will be higher, estimates the deputy director general of the FAO and representative for Latin America and the Caribbean, Julio Berdegué, in dialogue with BBC Mundo.

The FAO calculates a food price index and now is the time when it is more expensive to eatat least as long as records have been kept.

This leads to poorer nutrition, and therefore higher rates of malnutrition and even hunger.

So, in times of high inflation and the subsequent rise in food prices, the easiest thing may be to change for products that are cheaper but that are not necessarily as healthy or have the nutritional balance that our body requires.

“Given that in Latin America it is more expensive to eat healthy, we move to more carbohydrates, more sugar, more fat. All of this is cheap,” says Berdegué.

Eating well and at the same time spending less is a challenge. Here we present 7 actions you can take to achieve it.

Perhaps it is the most obvious, but it is essential. Buying food outside, on the street or in a store, is often the fastest, but not the most convenient for the pocket.

In addition, when we buy ready-made food we do not know what the quality of the ingredients used is, or even what ingredients were used to make it.

The same happens with the prefabricated food that they sell in the supermarket, products known as ultra-processed. These contain excesses of bad fats, sodium and sugars, among other components, which are added to give it a better flavor but do not contribute to health.

Cooking at home means that we know exactly what we are eating and that we pay less for it.

A high percentage of people eat more food than the body requires.

Reducing the portions that we serve ourselves to the amounts recommended for human functioning helps our pockets and, at the same time, helps us feel better physically.

“The amounts served in many of our countries are too large. The purchase in the market goes up a lot and, in addition, this excess of food leads to overweight, ”Venezuelan nutritionist Ariana Araujo tells BBC Mundo.

A diet of between 2,000 and 2,500 kilocalories is an adequate number of daily intake.

Substituting ingredients or complete dishes is one of the ways to lower food costs.

Certain basic products such as oil, coffee, some fruits and vegetables, beef, bread (and wheat flour in general), eggs and some legumes increased in price more than the average increase in food and beverages. alcoholic beverages in most Latin American countries, according to information published by official institutions that are responsible for measuring inflation.

Corn tortillas, a fundamental part of the Mexican diet, cost consumers in that country 17.7% more now than a year ago. Corn flour, essential for arepas, has risen in price throughout the region.

You can look for substitutes that are nutritionally equivalent or similar, but have not become as expensive or even lower in price.

For this it is necessary to know which products are interchangeable.

A balanced meal should be made up of one half fruits and vegetables, one quarter protein, and the other quarter carbohydrates, says Araujo.

In the group of proteins include beef and pork, chicken, fish, milk, cheese, eggs, beans, lentils, and peas.

Pork meat is the one that, in general, rose the least in price in the last 12 months in Latin America, while chicken and fish accompanied the general rise, which was less than the increase in beef prices.

Beans, on the other hand, did not have such an increase in prices and are even cheaper than a year ago in some countries.

“We have strongly reduced the consumption of legumes, beans, chickpeas, lentils, when they are accessible products that provide good amounts of protein,” says Berdegué.

Between the carbohydrates there are rice, bread, corn, pasta, bananas and tubers -potato, cassava, sweet potato, among others-.

Rice and tubers became less expensive than wheat and corn, so opting for the former will help make the menu cheaper.

“Something that can be done is to mix cereals -rice, pasta- with legumes in the same dish. The two complement each other and help to form a protein very similar to that of meat,” explains José Balbanian, a professor at the School of Nutrition at the University of the Republic in Uruguay.

With this combination the organism obtains the essential amino acids.

“The nutritional substitute is easy to get. The problem is how to change people’s culture. How do you take the tortilla from a Mexican or the arepa from a Venezuelan?” asks Araujo.

Regarding oils, Araujo maintains that it can be any, except palm oil because it is a saturated fat that is not healthy. Balbanian adds that its consumption is necessary, although not in fried foods.

Making a plan of what we should buy before going to the market is key to saving.

The first thing is to know what we want to buy and then decide where. Going for fruits and vegetables, cheeses or meats at the fair is usually cheaper than in large stores.

When you go to a supermarket, according to Araujo, the ideal is to go around the three walls of the store – the sides and the back – forming an inverted “U”.

Fresh products are commonly found in these aisles and from there we must select 80% of the purchase so that it is healthy, says the nutritionist.

“You can’t go to the supermarket hungry.because if I’m short of money and on top of that I’m hungry I see a promotion for an ultra-processed product that I really like and I decide to buy it,” says Balbanian.

Being clear about what is going to be cooked in the following days helps to better calculate the quantities and not to buy more, something important in perishable foods so as not to have to throw them away later because they spoiled.

Balbanian advice is to buy in large quantities, for the same family or among several people, to save.

One recommendation from Araujo is to look at the lower shelves, where less processed products are usually located and are cheaper.

Fruits and vegetables are interchangeable with each other; the important thing is to vary between them.

“They provide fiber, vitamins and minerals that are very difficult to find in other foods,” says Balbanian.

To reduce the cost of food, what experts advise is to buy seasonal products, depending on the country and its climate.

Trying to eat tomatoes out of season makes them more expensive because those who sell them have resorted to cold chains to keep them for months or produce them in greenhouses, both systems that make food more expensive.

On the contrary, in season products are found in abundance, at low prices, and that is when they are more tasty and nutritious.

Sometimes, there are products that are cheaper than fresh in the frozen food aisle, and you can take advantage of these opportunities, as long as the ingredients that are written on the bag are exclusively the product that we are looking for, without additives, says Araujo.

An alternative is to buy when it is cheap and apply some conservation technique.

The simplest is to put the food in the freezer. They can be meats as well as most vegetables -as long as you don’t want to eat them raw later- and fruits.

With vegetables, the recommendation is that when they are going to be consumed, a thermal shock is caused, from cold to intense heat, so that they do not lose texture and taste worse.

You can also cook larger quantities than you will eat right away and store portions in the freezer for later, or cook loose ingredients and freeze them for later use in preparations.

“That keeps more than 90% of its nutrients,” says Araujo, adding that she does this at home.

In order not to always resort to cold and leave the freezer overcrowded, another option is preserves.

There are different techniques, but the simplest is vacuum packaging. “A lot was done in World War II with vegetables,” says Araujo.

7. Opt for second brands or white brands, but first read

Due to marketing, we often believe that a product from the most prominent brand -also called the first brand- is better than the others. This is not necessarily so.

“It’s important to read the ingredient list, rather than the nutrition chart, and identify poor-quality sugars and fats,” says Balbanian.

Araujo says that sometimes the second brands or even the private labels – those generic from the supermarket chain – are healthier because, to reduce prices, they do not use certain fats or sugars that the first brands do use to give the product another flavor.

In others, they are not better but not worse either. “My recommendation is to read the labels and compare. They are almost always quite similar and there are significant savings,” says Araujo.