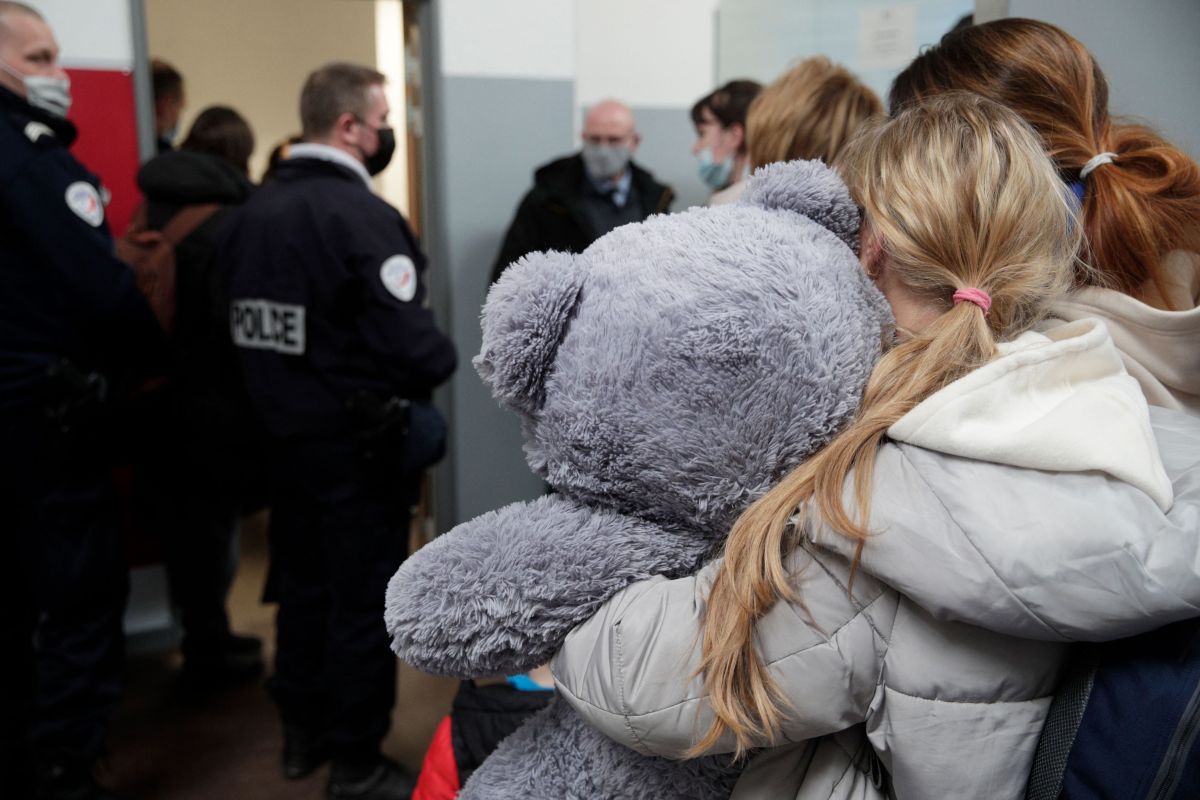 A seven-year-old Ukrainian girl started her own business making flower crowns after her father was killed in the war started by Vladimir Putin’s rule.

the little one Irynka Vasilyeva has raised enough money to buy the Ukrainian army two vehicles and two thermal imaging gogglesand now he dreams of earning enough to give them American-made Javelin missiles, planes and tanks.

His father, Senior Lieutenant Oleksandr Vasilyev, of the 14th Separate Mechanized Brigade, also known as the 14th Mechanized Brigade named after the Roman Prince the Great, was killed in action while defending his country from Russian invaders, in the Mykolaiv region of southern Ukraine. on Sunday March 27.

Zenger News spoke to Irynka’s mother, Viktoria, 32, in an exclusive interview and said it all started years before, in 2014, when hostilities broke out in Donbas and Putin annexed Crimea. Viktoria said: “Our lives were divided into before and after in 2014. War. A terrible war. My brother, a soldier, immediately went to the front to defend the Motherland.”

She said that despite being worried, he would often call her to reassure her that “everything would be fine.”

The tragic death of her brother led Viktoria to meet her future husband, Irynka’s father. Viktoria said: “One day Oleksandr Vasilyev called me. He wanted to go to the grave of his brother in arms.”

“We talked to him and agreed that we would definitely meet. He arrived, we met and that was it. We decided to get married. It was unexpected for everyone, because we had just met.”

“We married. My husband is also a soldier and he often went to the front. A little later, we had a wonderful daughter, Irynka, ”he added.

He made sure to call Irynka every day to support her. He taught her how to behave during bombing and air raids. In early March, she promised that she would come home soon.

“On March 27 I was already in the Mykolaiv region. He called me at lunchtime and said real quick, ‘I’m fine, but I may not be in touch for a few days.’ Unfortunately, that day he gave his life,” she said.

Little Irynka, who now has almost 2,000 followers on Instagram, sells her flower crowns for 100 Ukrainian hryvnias ($2.71). Her mother kindly told her that the crowns are very expensive, but Irynka is not intimidated and she plans to go directly to the Ukrainian leaders to tell them to buy more.