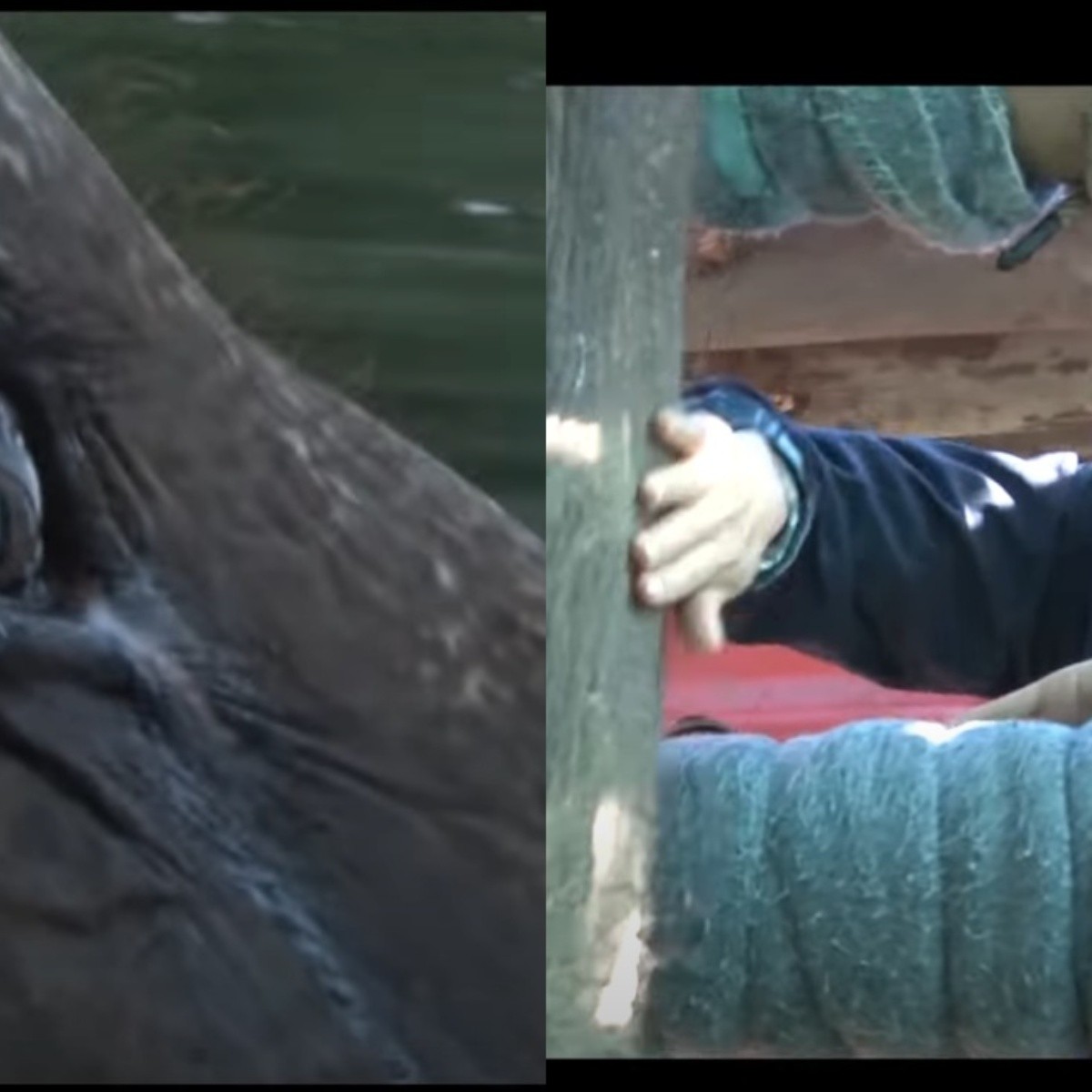 Abused and forced to work, a female elephant 73 years old called Sook Jay, she could no longer bear the pain, and when she was finally rescued her tears of joy streamed down her face.

Sook Jai went through different owners performing different tasks, he worked in tourist hiking for several years, until one day his body began to take its toll.

In her old age, her health was no longer so good, her body suffered more and more from the ravages of the years, so she ended up going blind and losing part of her hearing.

But Sook Jai’s luck changed when Elephant Nature Park learned of his situation, so they intervened to get him a new home in their sanctuary.

It is a rescue center for elephants located in Thailandwhich is related to the Save Elephant Foundation.

It will be in this place where Sook Jai will finally have time to retire and rest.

This place dedicated to elephants living cruelty-free will be the new home of the 73-year-old female elephant.

To pick her up, a group of people traveled to her location. They had planned a 20-hour trip to the sanctuary.

The female elephantat her age, was not in optimal health when taken into custody.

They found several wounds on his head and all over his body, caused by the mistreatment he received in his many jobs.

Sook Jai was stressed during the trip, and although she was hungry, she did not take an interest in food, perhaps because of the fear of meeting another cruel fate full of forced labor like the ones she had previously had.

During the journey, the Elephan Nature Park team gave the elephant a lot of attention, they refreshed her with water in the sunniest areas so that she would not get too hot, and they tried to warm her in the coldest areas.

Apparently, the elephant was not used to this type of treatment, because at a time when she received attention, she experienced a very emotional moment.

Sook Jai would finally be released, it was at that moment that the beautiful female elephant started crying.

Tears began to roll down his face, a scene that moved thousands of people:

“I cried as soon as I saw him crying and waving his trunk. He knows he is free now. Please save and rescue more and more elephantstogether we can do it,” someone said.

Although it is very difficult for him to see, little by little he discovers that it is a life without ties or duties.