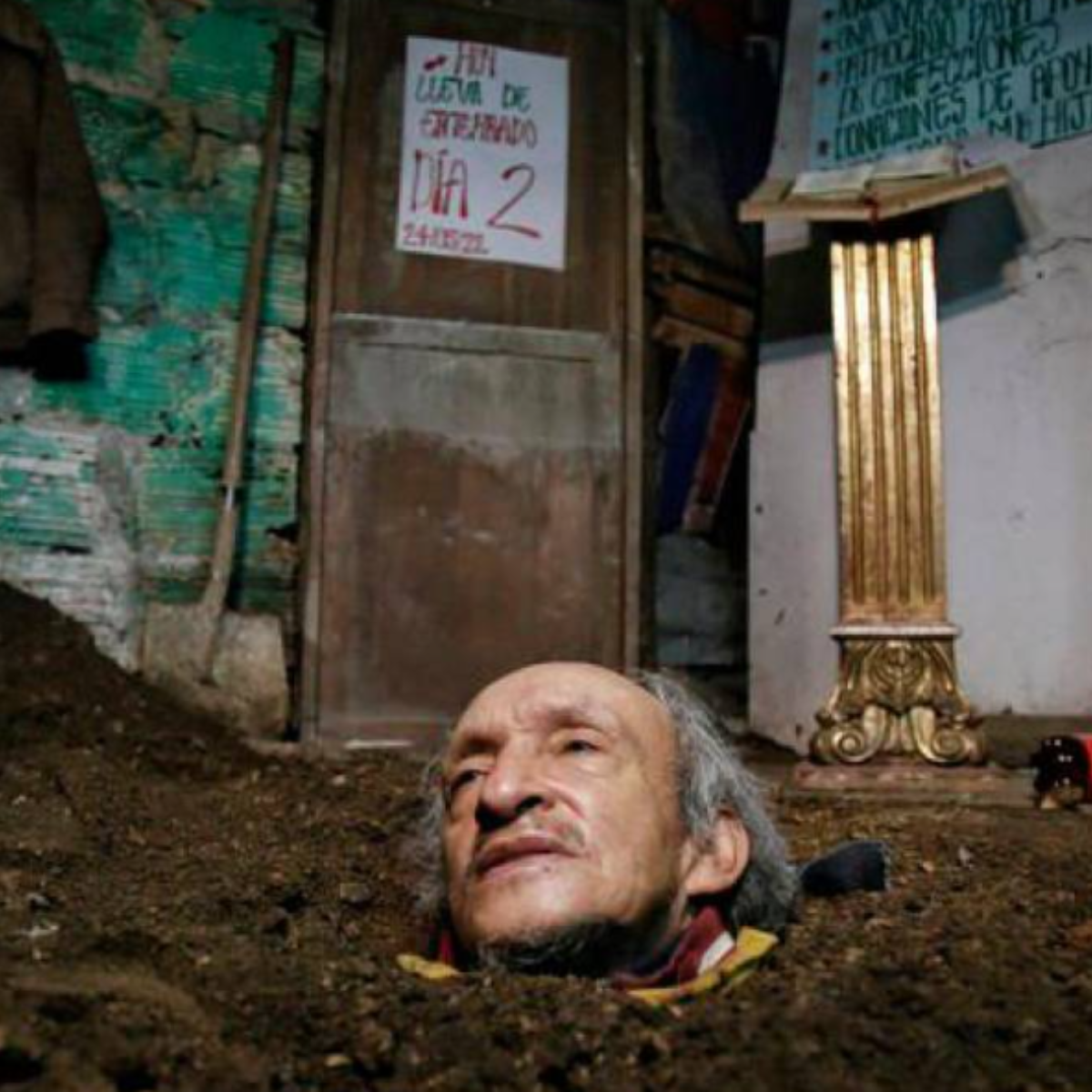 A heartbreaking scene was witnessed in the town of Usme, in Bogotain the last hours, when a 74 year old man decided to bury himself alive in his own house due to the serious economic situation through which it is going through and due to the lack of aid from the Government and the Mayor’s Office.

His name is Luis Miguel López, who lives in a humble house in the invasion known as Tocaimita. The man is an artisan who made his living with handicrafts, but who was stolen and wounded by criminals for several months and since then he has not been able to find a way to meet his needs again.

According to local media, Miguel López has asked for help from the Social Integration Secretariat, but has not received any so far.

“The problem is that I have neither electricity nor water. She had to send my son to a relative, I sent my daughter to Restrepo and my other son is also unemployed, so it is a difficult situation the one we have lived through,” López assured the media.

When your neighbours They realized the situation and did their best to help him, but Don Luis refused to come out of his grave. He wanted someone to notice him. suffering and that of all the older adults who live in that area of ​​the city.

After being unearthed by health personnel, the 74-year-old grandfather was transferred to a medical center, where they assured that his admission was at 12:27 am, he was treated by health professionals.

“When making the respective assessment, no respiratory symptoms such as cough or fever are found, in general he has good health conditions,” they said.

How is Bogota economically?

In Usme, a grandfather decided to bury himself alive in the patio of his house in protest at the abandonment of the state in which he claims to be living. Don Luis was taken to a hospital last night and no more. The mayor did not help him. he buried himself again @ClaudiaLopez @integracionbta @Citytv pic.twitter.com/ebWzAm5Kle

The situation of Luis Miguel López could be living thousands of people in Bogota due to poverty. It should be remembered that the Colombian president, Iván Duque, tried to pass a tax reform bill aimed at mitigating the economic crisis of the country that would raise taxes on some essential items and public services.

El Dane revealed a harsh reality in Bogotá: one in three people is in poverty situation. By 2021, in the country’s capital, 3,030,261 people received less than 477,221 pesos monthly, that is, about 47% of a minimum wage, which for this year was set at one million pesos.

In the extreme monetary poverty, the picture is also discouraging. During the previous year, 799,434 people survived monthly with an income equal to or less than 197,925 pesos, which means that 10% of the total population in the city is in extreme poverty or indigence.

What is the type of climate of Bogota?

The city of Bogotá, located in the Eastern Cordillera of Colombia, that is, in the Andean zone of the country, has a cold and very dry climate.