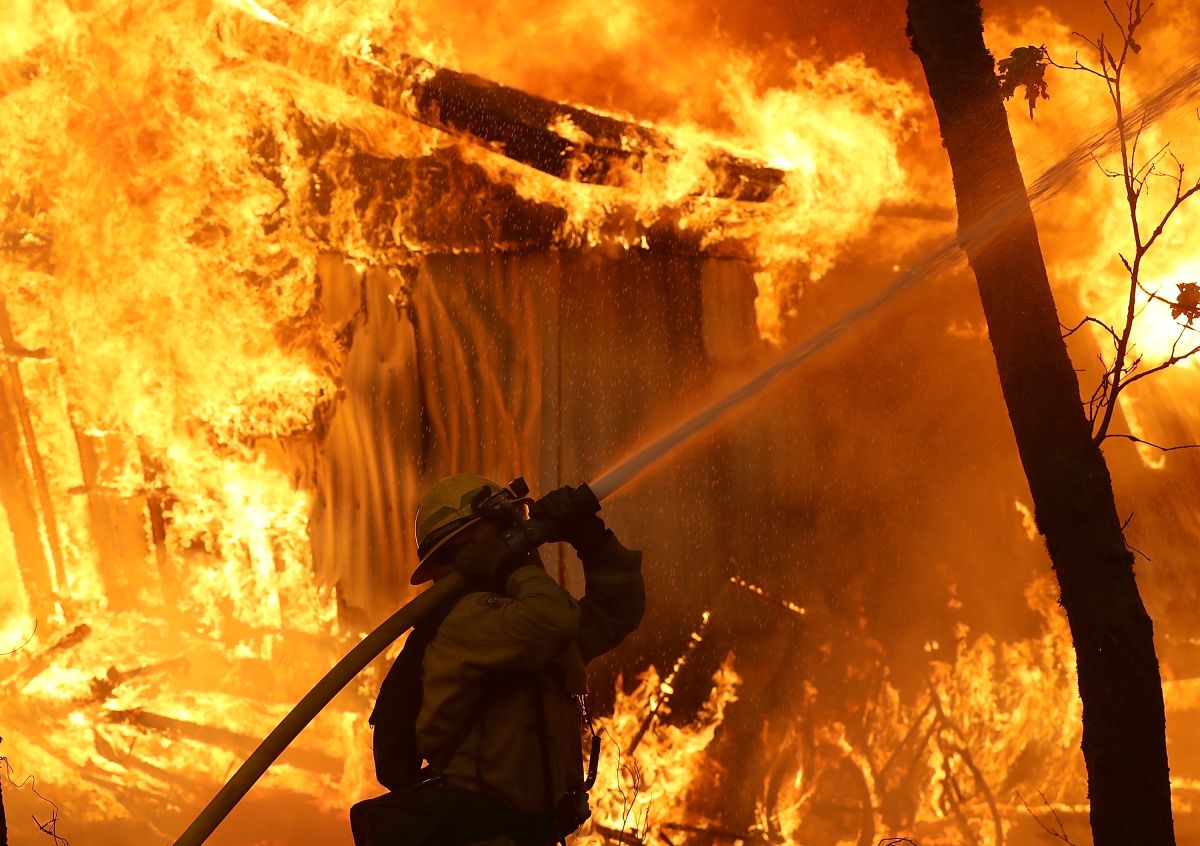 Authorities in Gwinnett County, Georgia, reported that the house fire in which a 10-year-old girl lost her life this Sunday was caused by her 15-year-old teenage brother, assuring that she did it intentionally.

Gwinnett County police charged the teen with felony murder, felony murder and arson at his home, which was destroyed and where his two cats also died.in the 4400 block of Beaver Road SW in Longanville.

Firefighters showed up around 4:57 a.m. and found a one-story house ablaze with flames.

“Once our crews got to the scene, we had a massive fire on the entire front of the structure, it was just hidden by a small line of wood,” said Lt. Justin Wilson of the Gwinnett County Fire Department. “When we arrived at the scene, we received reports of two people trapped inside the house, a 10-year-old girl and a 15-year-old boy.”

The ten-year-old girl, identified as Zoe McCue, was found dead inside the home by fire officials in her bedroom.

“Multiple aggressive search attempts were executed to locate the missing children,” Wilson said in a statement, adding: “After the fire was contained, a 10-year-old female victim was located dead in [una] room used as a bedroom without window access”.

Firefighters searched for her brother for several hours. He was later found outside the house at around 9:00 in the morning.

The boys’ father, William McCue, was at work at the Waffle House with one of his teenage daughters at the time of the fire. A co-worker told him the terrible news.

“I went up to her and she told me I had to go home, there was a fire,” he said. “I tried to contact my wife and she answered the phone and said come home.”

Organizations like the Red Cross and One PowerHouse Outreach stepped in to help the homeless family of two adults, four children and two dogs.

“You wake up on Easter Sunday and realize you lost everything in a fire, including a child, and that is absolutely tragic in and of itself,” said Demi Oche, the organization’s founder. “So we just want to help them get back to a better place.”

According to a relative, smoke alarms were installed in the house but did not go off. So Lt. Wilson said it’s important for people to check the status of their smoke detectors.

The family set up a GoFundMe account to help pay for Zoe McCue’s funeral expenses and repossession of their home.

Neighbors said the McCue family had lived in their home for nearly 20 years and the children were homeschooled.