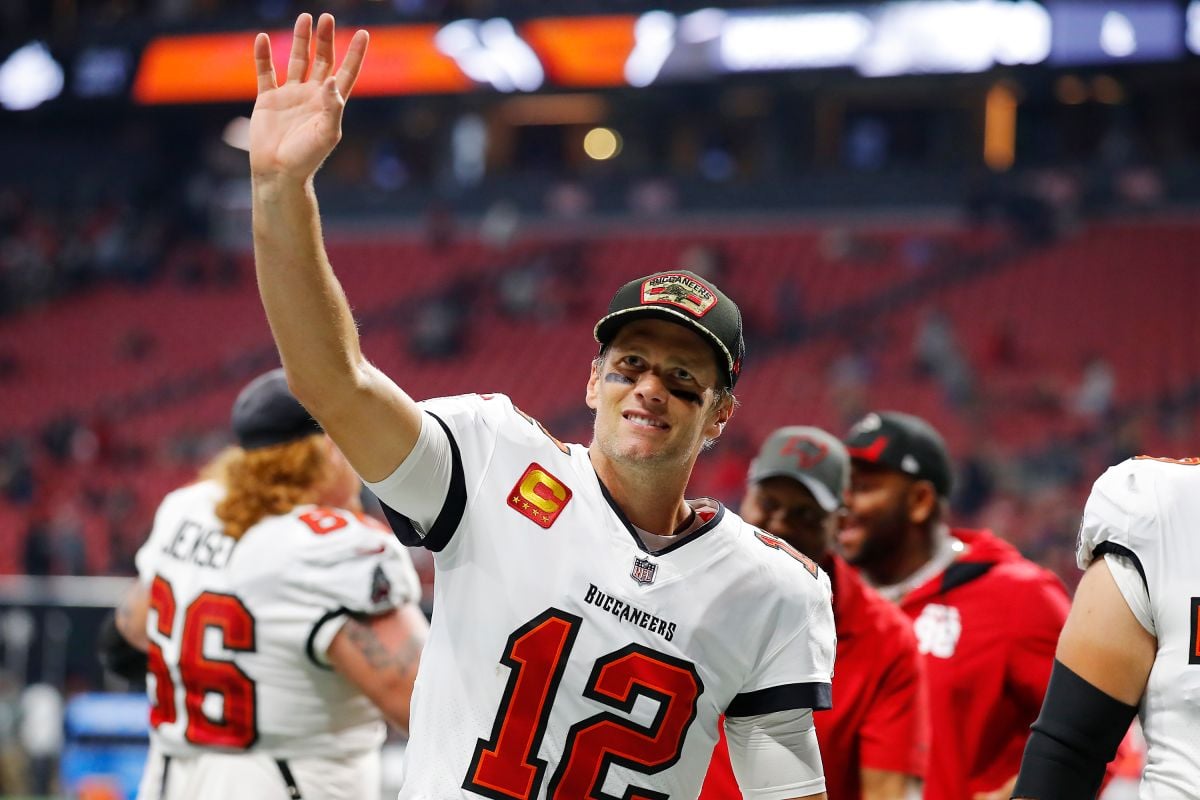 Tampa Bay Buccaneers quarterback Tom Brady got his 35th postseason win, an NFL record, by leading his team to eliminate the Philadelphia Eagles with a score of 31-15.

The Super Bowl LV champions qualified for the NFC divisional round.

The 44-year-old Brady, winner of seven Super Bowl rings, reached 85 touchdown passes in the playoffs, a league record, two of them in this game in which he passed for 271 yards and was sacked four times.

For Philadelphia, 23-year-old rookie Jalen Hurts had 258 passing yards, had a touchdown and had two interceptions.

From the first quarter the Buccaneers, second best offense in the NFL, dragged the Eagles defense with a 75-yard series of plays that culminated in a run to the diagonals by Giovani Bernard to take a 7-0 lead. .

One drive later, coach Bruce Arians’ team repeated the dose for Philadelphia, now with 70 yards rushing in 10 plays that ended with a run into the end zone by Ke’Shawn Vaughn that raised the difference to 14-0.

The Buccaneers opened the second quarter with a field goal to go up 17-0. Hurts tried to put up points for his team with less than a minute left in the second quarter, but was prevented by a Mike Edwards interception in the end zone.

In the third quarter, on a punt return attempt, Jalen Reagor fumbled the ball that returned the Tampa Bay offense to the field.

The wearer of jersey number 12 of the home squad capitalized on the mistake with a touchdown pass, 24-0, to his tight end Rob Gronkowski, who had 15 postseason touchdowns.

The visiting team’s attack continued to fail midway through the third period; Hurts had his second interception of the game, this time at the hands of Shaquil Barrett.

Brady converted the miss into another end zone pass, 31-0, that connected with Mike Evans, the first player in the league to add more than 1,000 receiving yards in each of his eight seasons.

In the last period the Eagles broke the shutout with a run by Boston Scott that put them 31-7, a success that they replicated in the following offensive series with a pass to the diagonals that Kenneth Gainwell caught that left the score 31-15.

“A Legendary Talent”: The Life and Legacy of Fernando Von Rossum, a Man Crucial to the Growth of the NFL