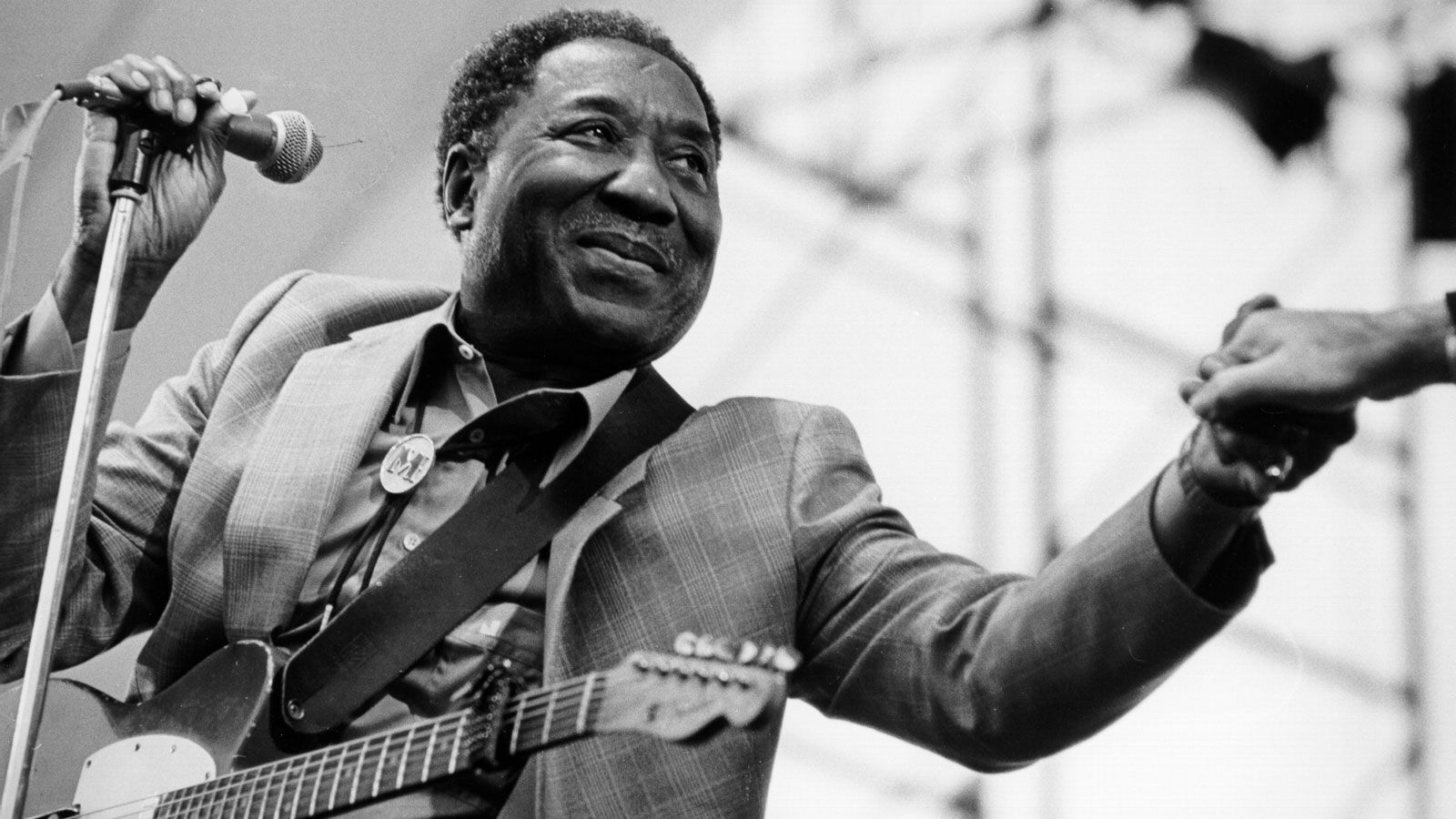 In the increasingly hot British blues scene of the early ’60s, a handful of youngsters seek to reflect on the deepest traditions on the other side of the Atlantic. The name of Muddy waters had already functioned as a password for the chance encounter between Mick jagger and Keith Richards it was one more than the crossing of two old schoolmates. One looked with relish at the records that the other was carrying under his arm, and they took up their old relationship with music as an excuse.

On July 12, 1962, a door was opened to knock at the Marquee Club in London. That day they formed with the keyboardist Ian Stewart, the bass player Dick taylor, the occasional drummer Mick avory and the guitarist Brian jones, whose personality and charisma momentarily anointed him as a leader. But to spread the date, they needed a name. And while on the phone with the classified ad, Brian, at a glance, saw the long play Rollin ‘Stoneby Muddy Waters, lying on the floor.

They all agreed, and in that sum of coincidences a legend was born. And again Muddy insisted on being in the middle. The man born as McKinley Morganfield (Mississippi, 1913) functioned as the constant element between two key moments of the group. He owed his nickname Muddy (muddy) to his grandmother and caregiver, for the apprehension he had as a child to wallow in the mud. From those turbulent waters came the sound that began to circle the world.

Two years later, The Rolling Stones, already with an album on the streets and growing popularity on the London scene, were crossing the pond for a series of concerts. The impact was still minimal, but they managed a few hours to record in the legendary Chess studios in Chicago, the mecca of blues, which had had so much to do with his fledgling musical career. The band recorded 14 songs in two hectic days and received a crash course in the genre, at the right time and place. He also ran into an old acquaintance, in a way they never would have imagined.

According to Keith Richards in his biography LifeWhen entering the studio located at 2120 South Michigan Avenue there was a guy in overalls painting the ceiling. “That guy is Muddy Waters, he has a trace of lime running down his face and he’s on a ladder”, Says the guitarist, although Marshall Chess, one of the owners of the study has denied it. Where there is consensus is that the bluesman gave them a hand to take the teams to the truck. In any case, a show of humility far from any divism and the beginning of a relationship that would strengthen over time.

November 21, 1981. Checkerboard Blues. Chicago. Time and history had passed and that adolescent mischief morphed into the greatest gang of its time. By then, The Rolling Stones were facing the album’s epic American tour. Tattoo You, who walked them through large stadiums and was documented in live albums Still life (Still alive) and in the movie Let’s spend from night togheter (Let’s spend the night together), two ways to self-reference one hundred percent stone.

At the peak of popularity on American soil, the band had undergone some modifications from those six names that had premiered at the Marquee. Undoubted leadership, in a scheme of yin and yan increasingly cracked, it was flaunted by Jagger and Richards. They completed the official training Charlie watts on battery, Bill wyman on bass (almost from the beginning) and the then brand new Ron Wood on guitar, with just over five years of filming in the band. On the keys, the silent Ian Stewart, the old Stu, Scottish comrade and authentic sixth stone, who had been removed from the official photos by decision of the manager Andrew Oldham, because six were many and he cut the thread on the older side and in his opinion, less graceful.

The band landed in the state of Illinois to give three concerts in Rosemont, north of Chicago, which would bring together almost 60,000 people. A week earlier, an agent from the band showed up at the Checkerboard and saw the owner, LC Thuman. His goal was to coordinate a show with Muddy Waters in one of the few holes left by the tour, before flying to New York. $ 500 was enough to close the deal.

Musically, they were not the ideal circumstances. ANDThe stage was too small and the Checkerboard’s sound system was not up to the decibels handled by their Satanic Majesties on their magical and majestic tour.to. But that was not a problem because it was exactly what they wanted, to experience a little of the authentic Chicago blues, in the cradle of its heroes and under the orders of the city chief.

The story was cooked in absolute secrecy and the Muddy Waters show was announced on the billboard, without raising the partridge. But the Stones were in town the same day the Boss was playing, and someone thought of connecting the dots. The word began to spread and the owner of the bar had to pick up the phone tired of the calls. “Is it true that the Stones are playing tonight?”the curious asked.

Not only was it true, but they had asked for a capacity of no more than 100 people. However, fans outside the venue numbered in the hundreds willing to pay anything to witness that historic moment. Meanwhile, in the dressing rooms, nothing foreshadowed what was about to happen on the stage. In fact, John Primer, one of Muddy’s guitarists, found out during soundcheck.. Logically, he thought it was a joke. The only suspicion was a long, unoccupied table, the best in the place, on the edge of the stage. Who would be its owners?

In 2012 it was published Live at the Checkerboard Lounge, Chicago 1981, the entire concert remastered and with very good image quality, currently available on YouTube. From a distance, the film looks like a gem of a montage between blues and rock and roll. As Muddy and his band perform on stage, the image comes and goes with what is happening outside the club. When “Baby please don’t go” sounds, Mick, Keith, Ronnie and Stu make their entrance, accompanied by a few young ladies and many other men with stern faces and menacing eyes. They will spread out around the long table waiting for them as they work to uncork the drinks. In the background sounds that magical blues standard that you heard so many times in your childhood.

To all this, the band continues to play, until the boss calls the frontman. “Mick Jagger,” he repeats by way of invocation. The man with the endless mouth comes up with an unusual salmon-toned sports outfit, clashing with the official clothing, but respecting the look he had adopted for the American tour. Without being able to run from end to end of the stage as usual, Mick moves and gestures as much as the place allows him, exchanging knowing glances with the legend at his side.

A few minutes pass and the boss roars another order. “Keith!”, And the obedient guitarist climbs the stage. He does, with a respectful blouse bag. Like Ronnie would later do, they join the band as if they had hours of rehearsal. As if they had known each other for their entire lives, or even for another. As if the language of the blues had certain codes that only some can decipher.

The improvised big band played a total of five songs, with “Hoochie Coochie Man” and “Mannish boy” as unforgettable moments. Towards the end, Stu had the pleasure of punishing the keys and Buddy guy, one of the founders of the premises, joined the zapada. At that point, no one seemed to understand too much what was going on. Perhaps the answer is, again, in a Muddy Waters song. Because if someone had doubts about “the blues had a son and they called him rock and roll”, traveling back in time to a small club in the city of Chicago, they will be able to find some of the answers.

50 years after the Concert for Bangladesh: the obsession of George Harrison, the returns of Clapton and Dylan and the failed reunion of The Beatles

A tormented genius, an impossible album and a dark psychiatrist who stirred up demons: the path to madness of Brian Wilson, the leader of the Beach Boys

A destiny marked by a fortune teller and three sisters subdued by their father’s delirium: the story of The Shaggs, the worst group in history