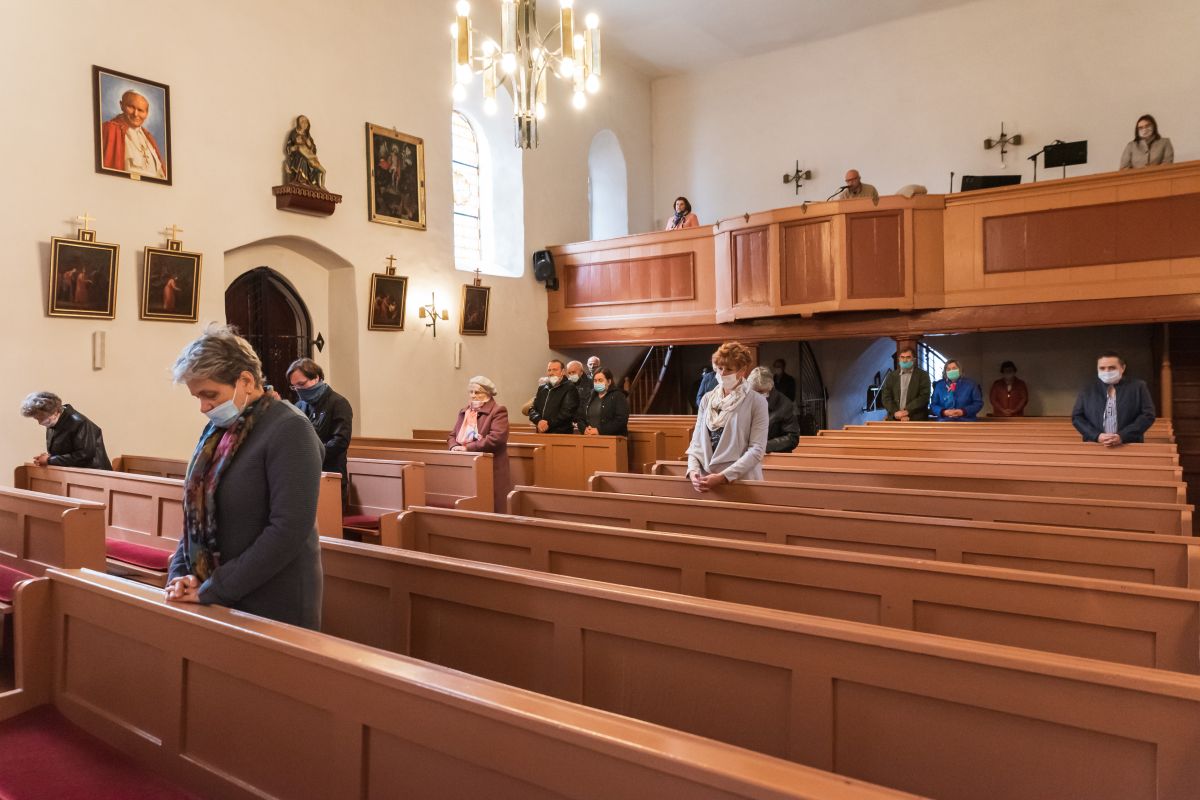 On October 24, a priest from a Catholic church in Washington state named Paul Brunet starred in an altercation with a man who attended Sunday mass after the priest publicly demanded that he have appeared at church without wearing a mask.

In the video that went viral you can see the exact moment in which the priest stops reading a psalm to reprimand a man who was kneeling in front of him. “You are committing an infraction,” he told her.

This caused the faithful to get up and go to the religious, who reminded him that he had previously been asked not to enter the church of St Frances Cabrini, in Lakewood, because he was violating the rules imposed by the state and the county that establish that people must use masks inside buildings.

The man continued to complain to the father, who asked to call 911 and that was when a score of mass attendees went up to the atrium to try to get the man out and that was how a pitched fight began in the middle of the religious ceremony.

Minutes later the police arrived at the scene and arrested the attacker. A department spokesperson told The Daily Mail that the man had been “causing a riot.”

“At the request of the church, we gave the man an unauthorized entry notice … the man returned to the church and created another disturbance,” he added.

The man was arrested after the altercation and charged with first-degree burglary, but was later released on bail.

After the incident, the priest gave an explanation of the events by publishing a text that reads the following:

“The events that led to this unfortunate incident began last month. After an initial pastoral appointment with (name withheld), his behavior has worsened and he has become more unpredictable. He presented abusive and threatening behavior, not only against me, but also against the staff of the school and the parish “

“Under the circumstances, the parish and the school had no choice but to obtain a court order from the Lakewood Police Department against the man. He decided to ignore this order that prohibited him from entering the church and yesterday he showed up for mass. The safety of children, parishioners and staff is our top priority. ”