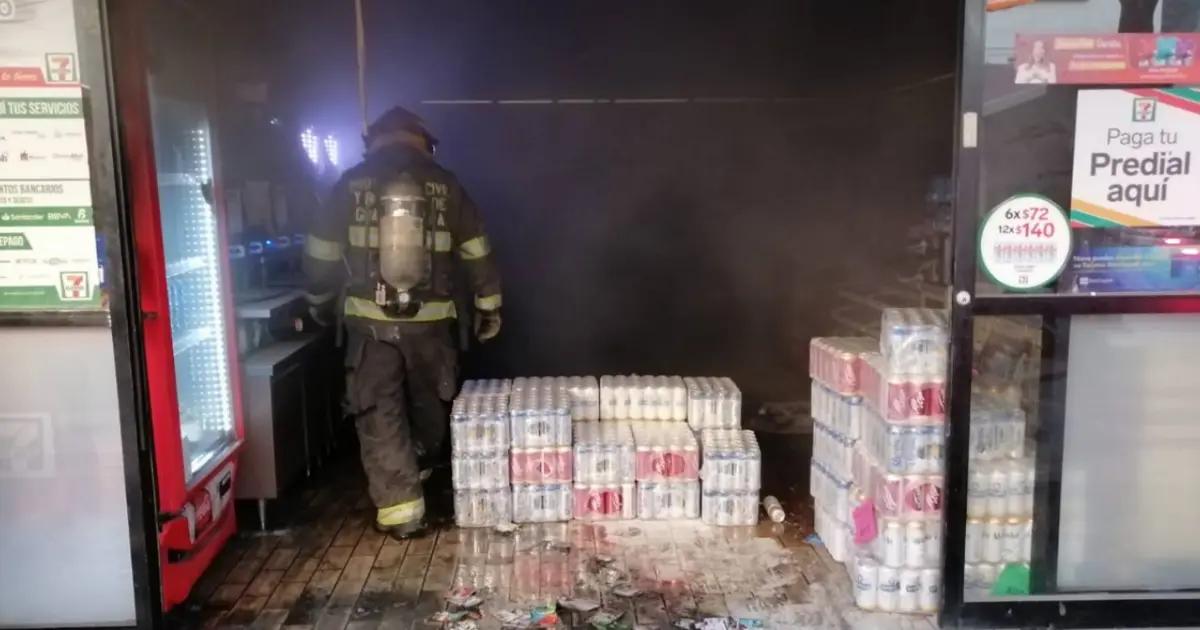 After he was recently fired and because he was allegedly mistreated, a former convenience store worker set fire to two businesses in the Historic Center of Guadalajara in revenge. The damaged stores belong to the Seven Eleven chain.

In retaliation, because he was recently fired and claimed he was mistreated, the former employee of a convenience store set fire to two stores in downtown Guadalajara this morning. In one of the establishments, located a few meters from the Government Palace, the fire spread and caused severe material damage; in the other store, the flames were extinguished before the conflagration grew.

The individual was going to burn the third store in the city center but was arrested before he could consummate the act.

The damaged stores belong to the Seven Eleven chain. Originally it was said that the culprit was a homeless man who first arrived at the store located at the intersection of Juarez and Federalismo avenues.

This person doused gasoline and set fire to the counter. In this case, the employees used fire extinguishers in time, and the fire was controlled, affecting only some displayed products.

The fire brigade had not finished extinguishing this fire when they received a report of another fire at the Seven Eleven store. The Guadalajara firemen arrived at the site only to confirm that there were no more risks.

The emergency services had not finished attending to the first fire when they received a report of another fire in a store on Ramón Corona and Juárez streets, less than 20 meters from the Government Palace and Plaza de Armas. As in the previous case, the person sprayed fuel and set fire. The employees managed to escape from the site.

At this site, the flames spread, but the firefighters managed to contain the flames before they spread to the adjoining premises: a technology plaza and, on the other side, a clothing store.

“Part of the merchandise is on fire inside; we are doing suffocation work, and later we are doing cooling work,” said officer Jesús Gómez of the Guadalajara Fire Department.

Guadalajara police officers arrived and managed to detain the alleged pyromaniac, identified by the dispatcher of one of the affected stores. This person, a man between 38 and 40 years of age, was carrying a can of fuel and was heading to another Seven Eleven store at the intersection of Prisciliano Sanchez and Colon to burn it. Still, he was unable to accomplish his goal.

The individual, turned over to the Public Prosecutor’s Office, admitted that he burned the stores because he was fired, was not properly compensated, and, he said, was mistreated.