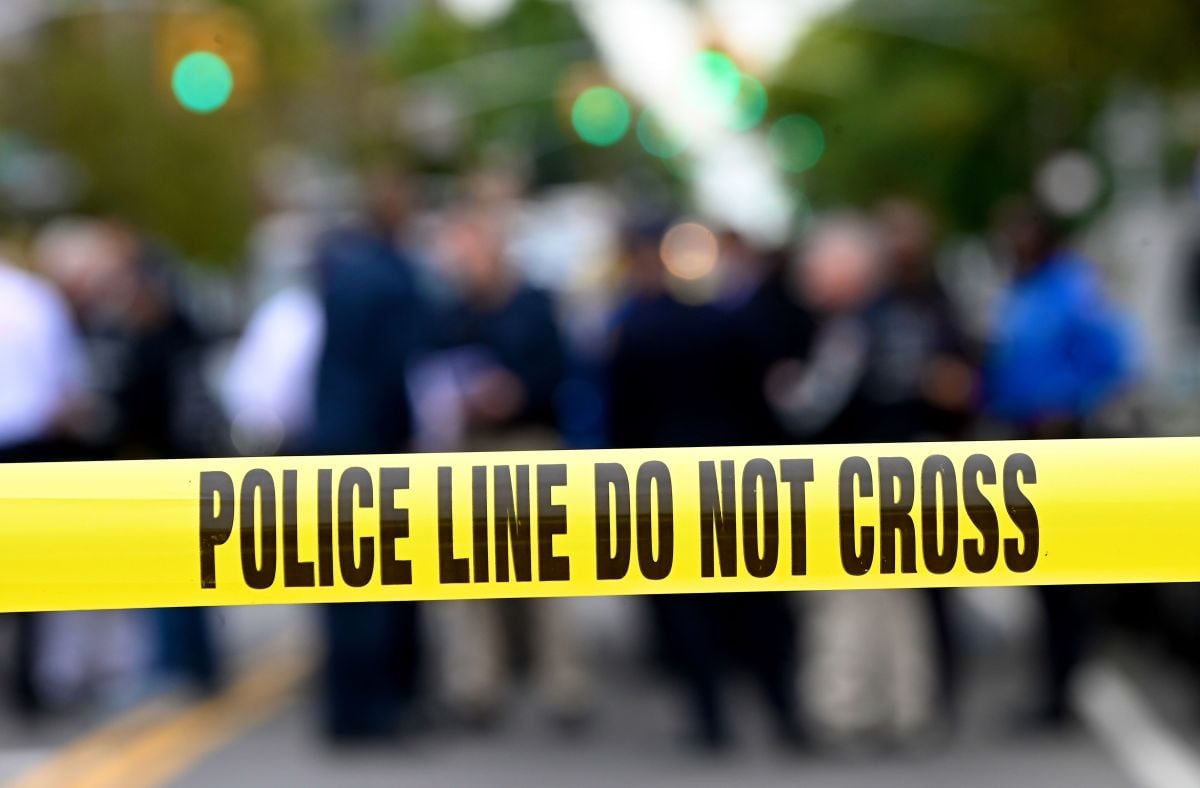 So far, the authorities have not clarified who the intended target was – Photo: JOHANNES EISELE/AFP/Getty Images.

A shooting at an all-night Brooklyn Halloween party ended with one man dead and one woman wounded early Sunday, according to police.

Inside the party, held in a rental space above a restaurant equipment store on Atlantic Ave. near Grand Ave. in Crown Heights, gunshots rang out at 6:20 a.m., authorities said.

The fatality was identified as 28-year-old Michael St. John, who was shot in the back and died at the scene.

Also, law enforcement officials said a 51-year-old woman was shot in the elbow and rushed to Kings County Hospital. The injured victim is expected to recover from her injuries.

It was unclear at this time what the intended target was. St. John resided in Prospect Lefferts Gardens.

On Sunday night, the slain man’s father, outside St. John’s apartment building, struggled to find the words to express himself.

A field hockey mask inspired by Michael Myers from the movie “Friday the 13th” was among the evidence as detectives investigated the shooting. No arrests have been made in the matter.

“We just rented the space,” a venue’s cleaning crew member told the Daily News. “I’m baffled. It was just a Halloween party. It’s a beautiful place. We’ve never had any problems here. People come and try to have a good time. It’s not a bad place, but there’s always a bad apple in the bunch.”

Residents described the parties as noisy.

“They have rave parties on the weekends,” the owner of a nearby auto repair shop said. “They get wild,” he continued.

A man who answered a phone number on a “for rent” sign at the party site reported that he had not heard about the shooting.

“I’m shocked,” the man stated. “I had no idea. I don’t know anything about it. I’m on vacation right now. I’m not in New York.”