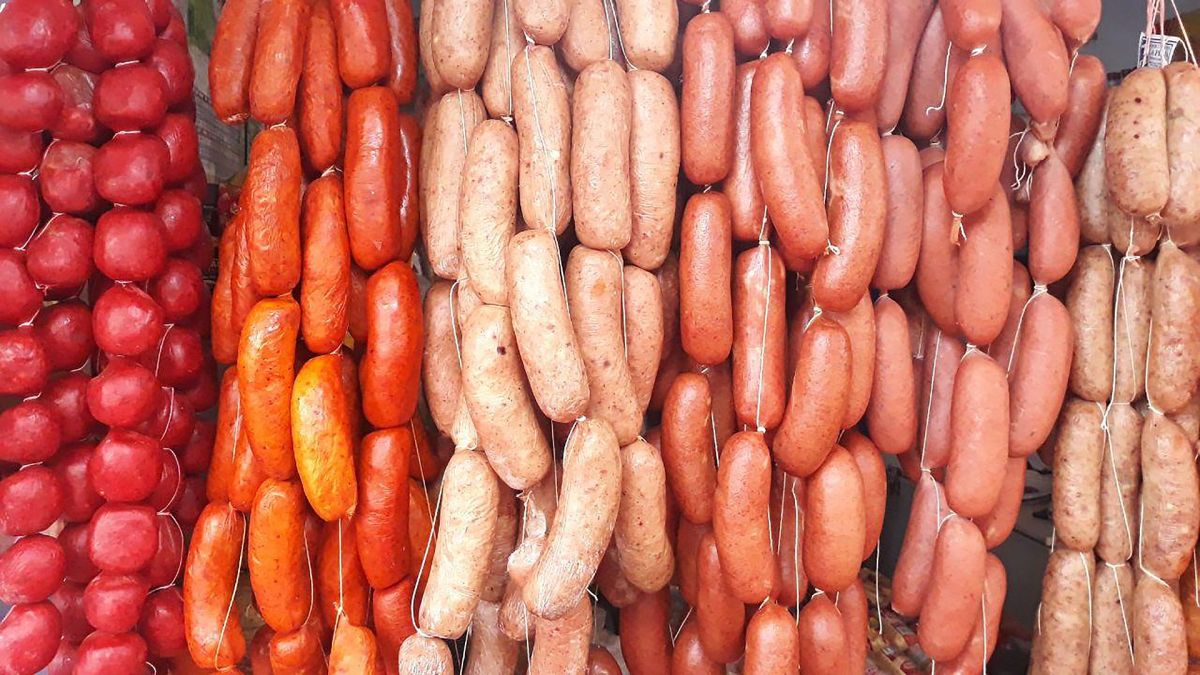 There are many factors that directly contribute to the increase in cases of depression. The lifestyle, habits that deteriorate health such as excessive consumption of alcohol and smoking, the level of physical activity, and of course the quality of food. According to a recent study published in the International Journal of Environmental Research and Public Health: people who regularly consume red meats and sausages not only do they have an increased risk of cancer and cardiovascular disease, and a shorter life expectancy, but they also have a increased risk of experiencing depression.

What did the study consist of? It is currently considered one of the key research works on diet and depression, it was a meta-analysis carried out by researchers from Johns Hopkins University, who discovered that people who had to be treated in the hospital for a manic episode and pictures acute depressives, they ate meat and sausages much more often than other people who were mentally healthy.

The meta-analysis evaluated 17 studies with a total of more than 240,000 participants and found a significant connection between the consumption of red meat and processed meat products and the risk of depression. One of the possible causes found in the study relates to nitrites, which are the preservative additives found in practically all meat products, with the frequency of mental crises.

In addition, we cannot fail to mention that red meat and processed meat products (such as the wide range of sausages) have a high fat content, especially ultra-processed ones. These saturated fats are harmful to health in many ways and specifically have a negative impact on the HPA (hypothalamic-pituitary-adrenal) axis and with this they promote chronic inflammatory processes, which also affect the brain and with it the release of neuroprotectors such as dopamine. It is a key substance in the state of mind, since it is related to pleasant and relaxing sensations. Therefore, it was found that there is a relationship between the lifestyle of people who do not consume meat, follow a healthy diet and perform physical exercise, present a increased protection against mental illness. On the contrary, people who eat more meat are also usually more sedentary and probably smoke.

A healthy diet: reduces and improves the risk of depression

The reality is that these types of studies are of great help for specialists, since they open the door to having a much more comprehensive approach around mental health related illnesses and how eating patterns should always be part of the treatment. The truth is that depression is much more common than is believed, around the world about 264 million people are affected and it is estimated that one in six will experience a depressive picture at some stage in their life.

While depression has many nuances and can range from mild to severe and can even lead to death; Not for nothing is there data that confirms that after road accidents, suicide is the second leading cause of death in 15 to 29 year olds

Although nutrition is not the deciding factor, can directly influence moodIf the diet is based on ultra-processed foods and is lacking in essential nutrients provided by whole foods: it contributes to the risk of depression and delays healing. The truth is that there are numerous studies that support it, such is the case of a Spanish research work in which it was found that the risk of depression increases considerably the less fruits, vegetables, legumes, nuts and fatty acids are consumed Omega 3.

Complementary to this, other studies that have emerged in recent years have shown that people with depression were prescribed a healthy diet and restricted the consumption of red meat and sausages. It very significantly reduced depression, including cases of major depression: a third of the patients were considered cured three months later.

The reason diet plays such an important role in depression is because nutrients are involved in formation of neurotransmitters in the brain and also have an anti-inflammatory effect (depression leads to chronic inflammatory processes). In addition, the brain requires the necessary and quality nutrients to regulate the so-called hypothalamic-pituitary-adrenal axis (HPA), It controls the release of the stress hormone cortisol.

Neurogenesis (formation of new neurons) is also influenced by nutrient supply and it is known from animal studies that neurogenesis is decreased in depression. Last but not least, it has been found that there is a clear connection between the state of the intestinal flora, the health of the intestinal system and the brainTherefore, a healthy and processed-free diet also keeps the intestine in good condition.