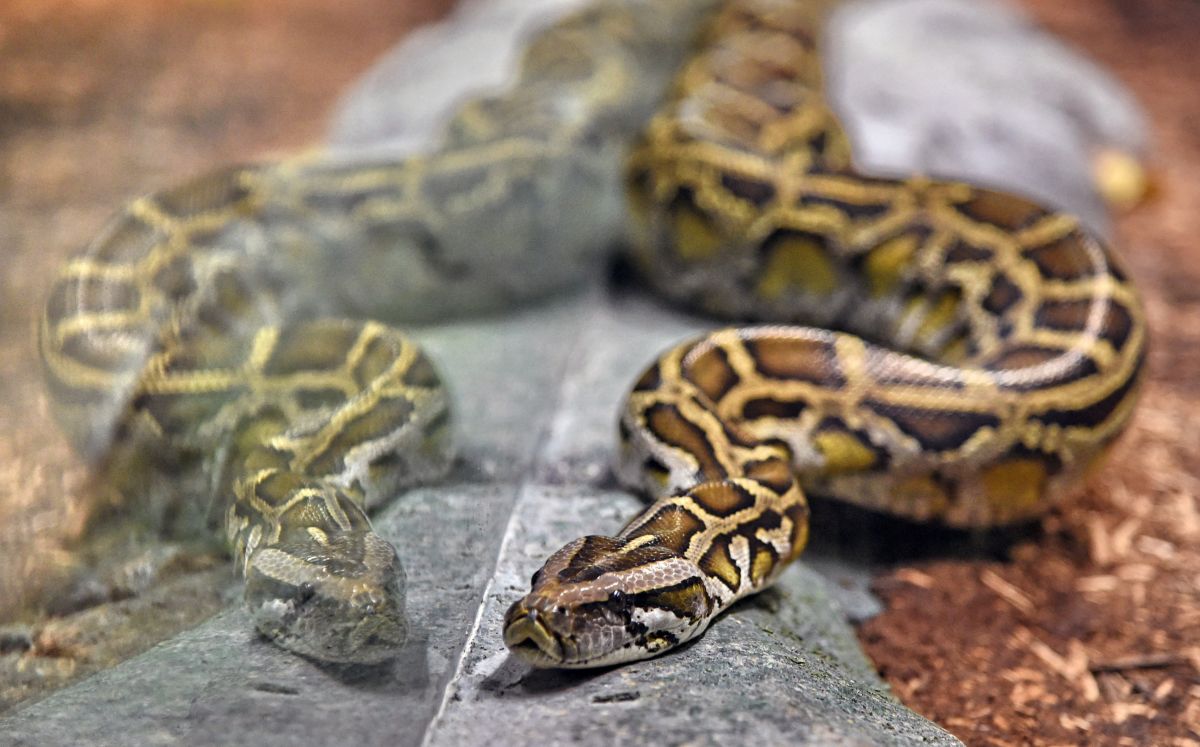 A python snake in a zoo in Singapore – Photo: ROSLAN RAHMAN/AFP/Getty Images

Author authorities said that Queens (NYC) resident Calvin Bautista allegedly attempted to smuggle three Burmese pythons by tucking them between his legs as he traveled by bus from Canada to the New York border.

Bautista, 36, a resident of the Richmond Hill neighborhood, could face up to 20 years behind bars and a fine that could cost him $250,000 for the smuggling, the New York Post reported.

Queens Man Charged With Smuggling Snakes in his Pants as he Traveled Across U.S.-Canada Border https://t.co/MNqS1liMln

Bautista was indicted Tuesday on the federal charge in Albany, New York’s capital, and released pending trial, according to a statement from the U.S. Attorney’s Office for the Northern District of NY.

It was unclear how big the snakes were, where they came from, or how Bautista was discovered. The statement said he was caught trying to smuggle the reptiles over the border crossing at Champlain, about an hour south of Montreal.

Burmese pythons are not venomous, but the Secretary of the Interior considers them a dangerous animal, McClatchey News reported, citing the indictment.

More on animals in New York:

According to biologists, there has been an ongoing effort to eliminate Burmese pythons in Florida, where the invasive species wreaks havoc in the Everglades. In July, experts announced they had captured an 18-foot, 215-pound snake of the species, the largest ever recorded in that state.

Trafficking and possession of non-domestic animals are illegal. In August, a captor surrendered a crocodile to police because he could no longer “care” for it in his Long Island home. New Yorkers have faced the dangerous consequences of treating big cats and other exotic wildlife as pets: a 425-pound tiger and an alligator were removed from an NYCHA apartment in Harlem in 2003 after the feline bit its owner.