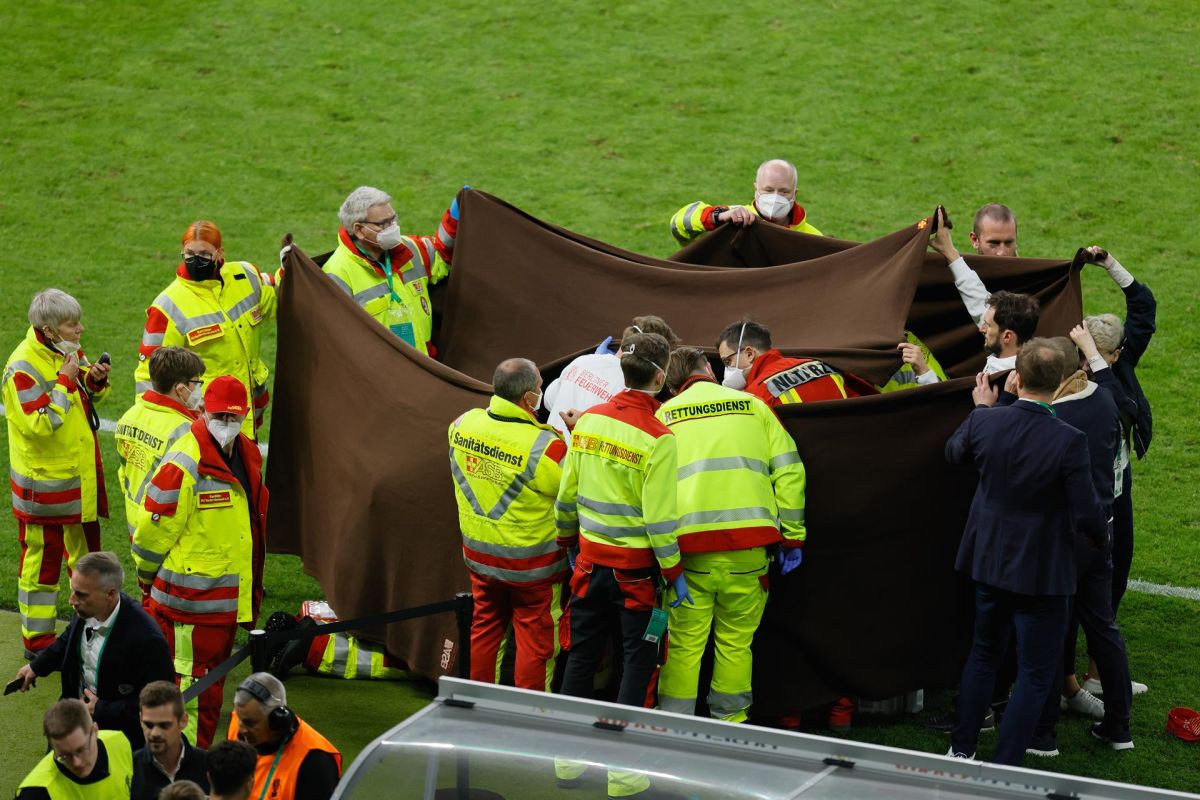 Leipzig won the German Cup on penalties against Freiburg on Saturday. During the celebration ceremony, a worrying image remained when a man vanished while the players waited for the medals and the long-awaited trophy.

The man was a photographer who was taking pictures of the German team’s celebration and was waiting for the trophy to be delivered. The photographer collapsed and had to be treated immediately at the Olympiastadion in Berlin. The ceremony had to be delayed several minutes before the fact.

“The stadium announcer at the Olympiastadion says the individual is currently in a stable condition – there was a rapid emergency response with an ambulance permitted on the field to treat the individual on the field.”, reported the media from the stadium.

In solidarity with the affected, the fans turned on the flashlight of their phones and began to chant in support of the photographer who is stable after his fainting in the middle of the stadium.

“I am glad that the person who had to be resuscitated is stable tonight. The reaction of the crowd to that was moving,” said one of the journalists.

RB Leipzig won the first title in its history on Saturday by beating Freiburg on penalties in the Cup final, after a 1-1 in regular time and extra time, after an epic fight in which he had to play with a man down from the 59th minute.

Then came the penalties and Leipzig was rewarded for a fight in which everything seemed to be against them.

Christopher Nkunku, Willi Orban, Dani Olmo and Simakan scored their penalties for Freiburg while Christian Günther and Demirovic missed, one wide and the other to the crossbar.

Not only Mbappé: The player who confirmed his continuity at PSG for next year