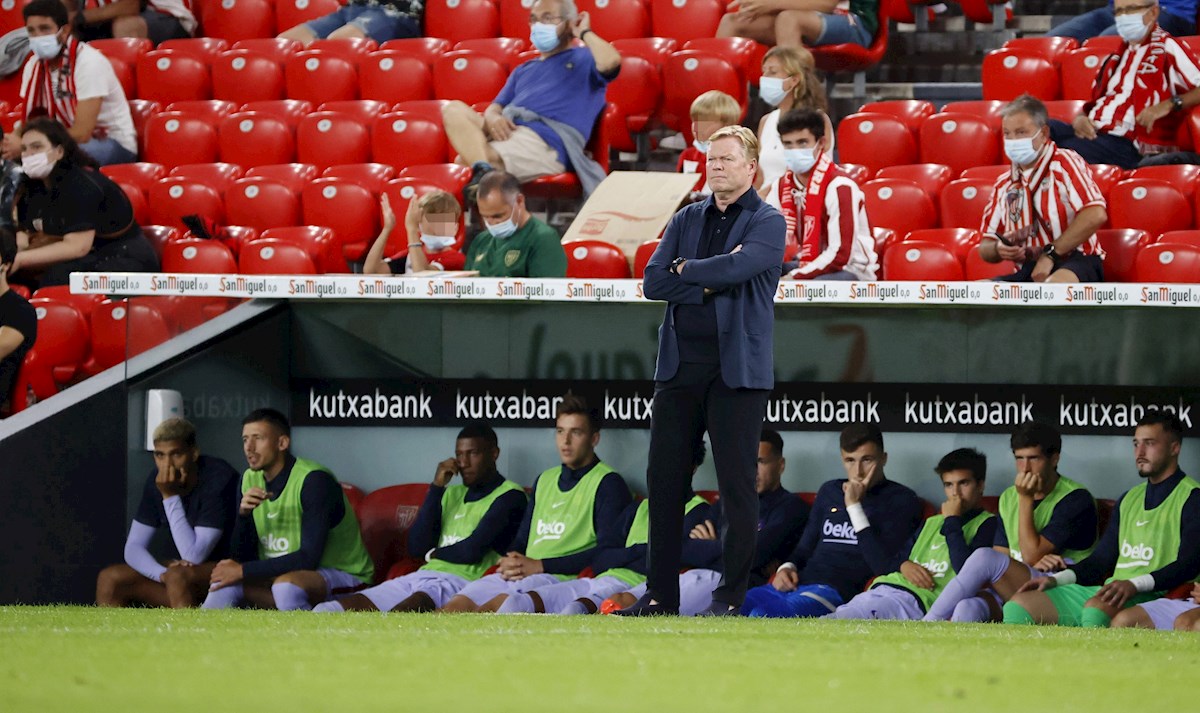 Ronald Koeman, coach of the FC Barcelona, was satisfied after the 1-1 draw against Athletic Club de Bilbao as a visitor and also made it clear that the rivals are going to cheer up a lot more against them by not seeing Messi on the court.

This time it was Memphis Depay who appeared with a left leg, as Messi did so many times, to avoid the first fall of the Catalans in the league season.

“Yes it’s true. I don’t like to always talk about it, but we are talking about the best in the world. The opposite is more afraid when Messi is. Also for ourselves. If you give Leo a pass, he usually doesn’t lose it. You can tell that it is not there. We know it and it cannot be changed ”, reflected the Dutch coach at the garment wheel.

Regarding his compatriot and new reinforcement at the club, he valued that he was the main weapon in Bilbao: “Memphis had its danger in the second half especially, it has made a great goal, we don’t have many players to play at the top, it is a bit short for injured players ”.

He warned that he will give Pedri rest to avoid problems in November or December, since the midfielder continued for a long time and played the Eurocup, the Olympic Games and now has two games in La Liga.

Eric García played with a familiar situation in between and Koeman recognized his courage to take the field: “We found out before the game. He is a great professional. Despite the loss of his grandfather, he has played a great game. We are with him and we wish him the best in his personal situation ”.

Read also: The case of British gymnasts who were sexually abused generates changes in the federation