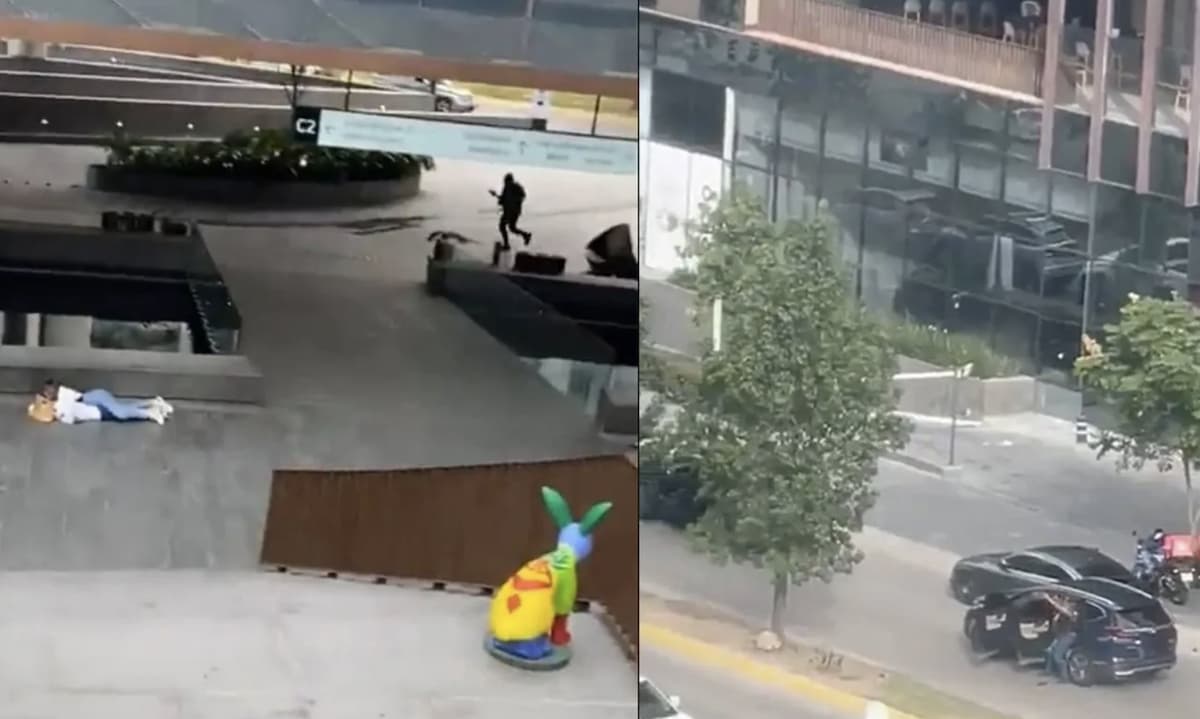 American Post News reported the moment when a heavy shooting broke out in a commercial area of Jalisco, now, a video is circulating on social networks showing how a mother protects her daughter with her body in the middle of the shooting in Zapopan.

Minutes of terror were experienced by people in the Andares area in Zapopan, Jalisco, when a shooting suddenly broke out.

The shooting involved armed civilians and elements of the Secretariat of National Defense (Sedena), which led to nearby people having to find a way to take shelter from the gunfire.

A mother protects her daughter with her body.

A couple of images on the internet show how a mother protects her daughter with her body when she sees the imminent danger, so she throws herself behind a fountain while hugging the child.

Thanks to a security video, it was possible to know this woman’s impressive courage, as she did everything possible to protect her child. Yes, the mother protects her daughter with her body. In contrast, on the other side, the Zapopan shooting, which has gone around the country, was unleashed.

In the video, it can be seen that a van with armed people arrived and close to where the mother and daughter were. Suddenly, an armed man with a brown vest, jeans, and white tennis shoes looks out but does not take cover and advances and approaches a white vehicle.

What do we know about Zapopan shooting?

The head of the General Strategic Security Coordination, Ricardo Sánchez Beruben, said that following the report, the authorities arrived in the area and intervened promptly, confirming that six civilians were wounded.

The Jalisco prosecutor, Luis Joaquin Mendez Ruiz, said that preliminarily it is known that the person who lost his life was with a companion, who was injured and was taken to the hospital.

The first inquiries into the crime indicate that apocryphal vehicles arrived and that some balaclavas, restraining rings, and ballistic vests with acronyms referring to a criminal group were found. The name of the criminal group was not specified.

President Andres Manuel Lopez Obrador said the shooting was triggered by a criminal group attempting to kidnap a businessman.

The President said that the armed men tried to take the victim. Still, the bodyguard responded, and the Zapopan shootout was unleashed. Then elements of the Army intervened, and the moment a mother protected her daughter with her body was recorded.