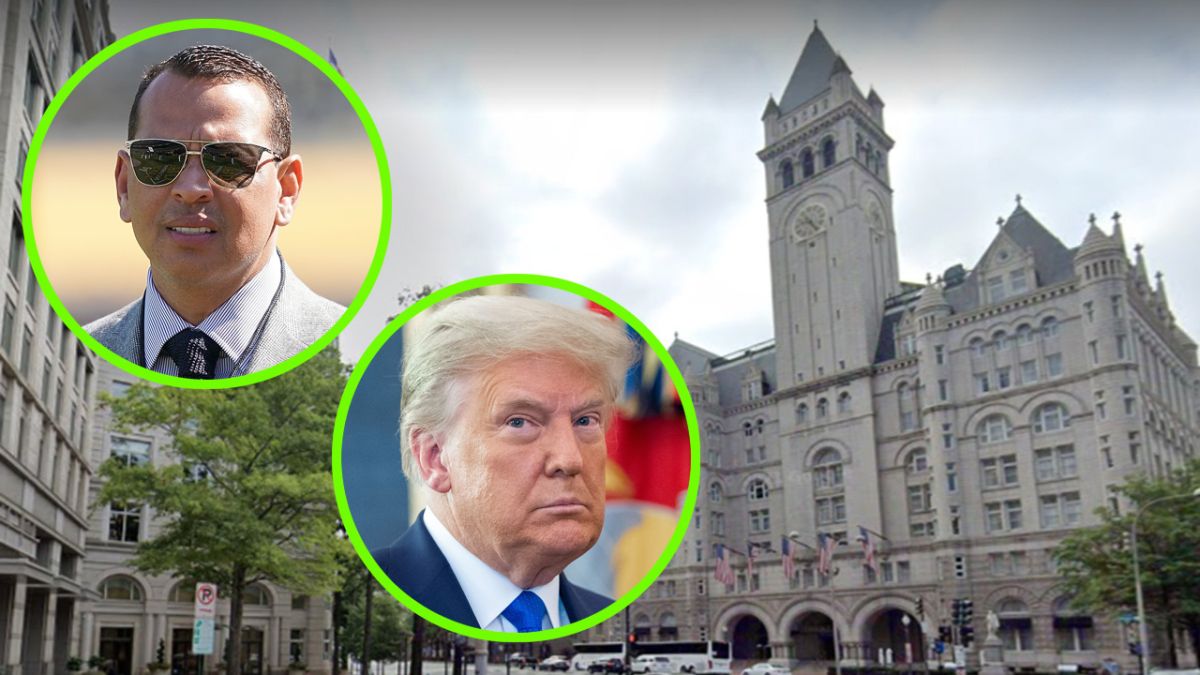 Former New York baseball player Alex Rodriguez48 years old and who was a sentimental partner of Jennifer Lopezleft behind his quarrels and differences with donald trumpwho called him a ‘drug addict’ and a ‘bad man’, when it became known that the former Yankees player is part of a group of investors that seeks to rescue a failed hotel from the tycoon.

According to The Associated Press, which was the agency that broke the news, A-Rod and real estate investor Adi Chugh, who are the heads of CGI Merchant Grouplaunched an offer of $375 million dollars for him Trump International Hotellocated in Washington.

Although the operation has not yet materialized, everything seems to indicate that the negotiations would go well, since in recent months the hotel complex has not given the expected results, for which the former president and his investment group urgently need to obtain profits by he behind the millionaire losses recorded in 2020.

The hotel that could pass into the hands of Alex Rodriguez has several points to highlight and that could turn it into an excellent business opportunity.

According to The Washington Post, the building, which has 263 rooms, It has in its favor the historical value of its building, which is one of the few five-star hotels in the city, and its locationso they do not consider the investment that the ex-player is looking to make unreasonable.

What is the Trump International Hotel in Washington like?

The building, which is located where the Post Officehas several unique amenities in Washington, such as the largest dance hall in the city.

It also has a lobby, a spa, a fitness center, meeting rooms, a museum, a viewpoint with spectacular views of the city, world-class restaurants, bars, among other amenities.

The Franklin Suitewhich is the most expensive room in the hotel complex, has an area of ​​2,000 square feet, with a king-size bedroom, a dining room for six people, a living room, two full bathrooms, a study, an office, a minibar , with swimming pools and enviable views of the city.