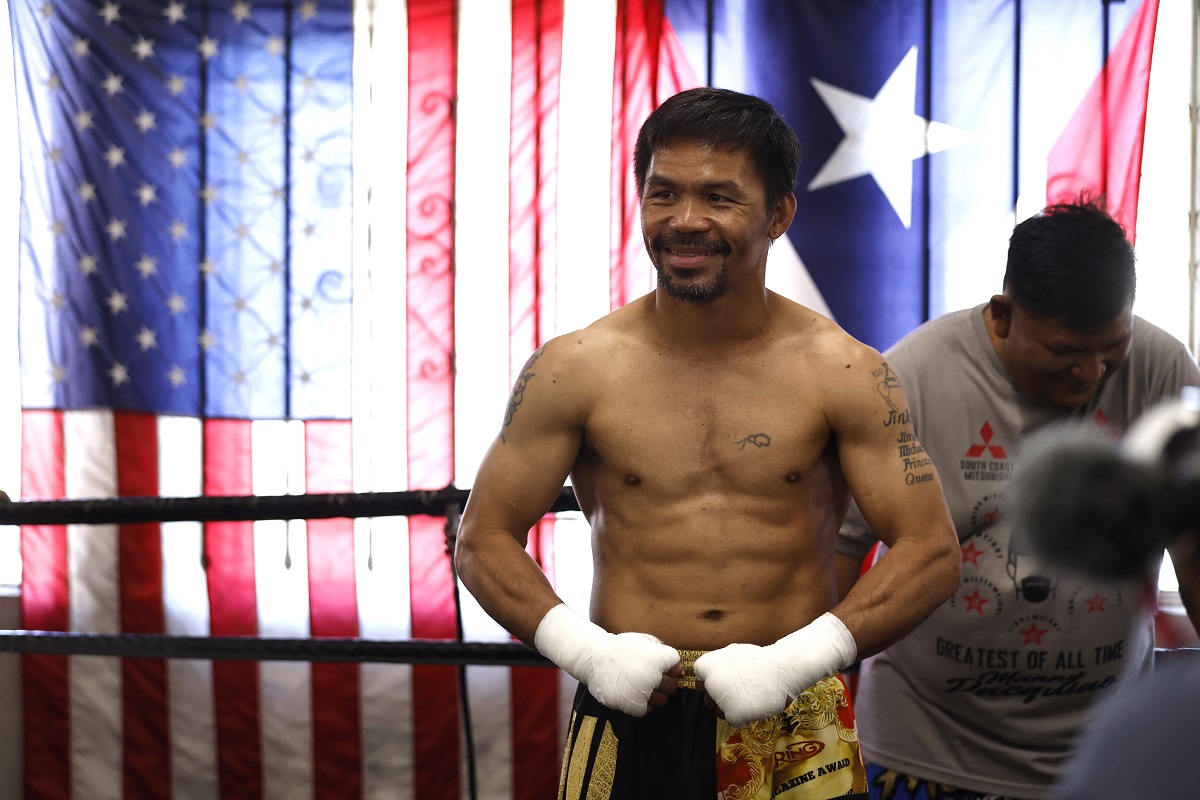 He is the only fighter with titles in eight different categories and after a two-year break without official bouts, the Filipino Manny pacquiao He will get into the ring this Saturday, August 21 to face the Cuban Yordenis Ugás.

His last fight was on July 20, 2019 against Keith Thurman at the MGM Grand in Las Vegas. That night he won by split decision and took the WBA welterweight title.

Two years later he will return to Las Vegas, but it will be in the ring that will be mounted at the T-Mobile Arena to face the Cuban Ugás. And despite his long inactivity, the Filipino says he feels faster.

“I feel like a 24 year old. Before fighting Thurman he would do 25 to 28 rounds; now I’ve been doing 30 or 32 rounds, ”he declared at the press conference, acknowledging that he did it with his mind set on Spence, but the inactivity gave more strength to his physique.

This Saturday, in Las Vegas; Manny Pacquiao 🇵🇭 (62-7-2 / 42 years old) faces Yordenis Ugas 🇨🇺 (26-4-0 / 35 years old) for the title of WBA Super Welterweight World Champion.
Will it be the last fight of the ‘Pacman’? Who will come down from the ring as champion? #PacquiaoUgas pic.twitter.com/oPOTqUGF10

Pac-Man trainer Freddie Roach showed his enthusiasm to see his 42-year-old disciple: “Pacquiao’s victory is going to come by KO.” And the Filipino replied: “I’m sure he says that because he saw me train with a lot of discipline and passion.”

He also left open the possibility of fighting once again this year and wants to do it big, all in case of defeating Ugás. “If I have the possibility of making one more fight, then I would like to face the best, either Terence Crawford or Errol Spence,” he closed.

Read also: Former captain of the Afghanistan team asked teammates to delete their social networks and burn their uniforms