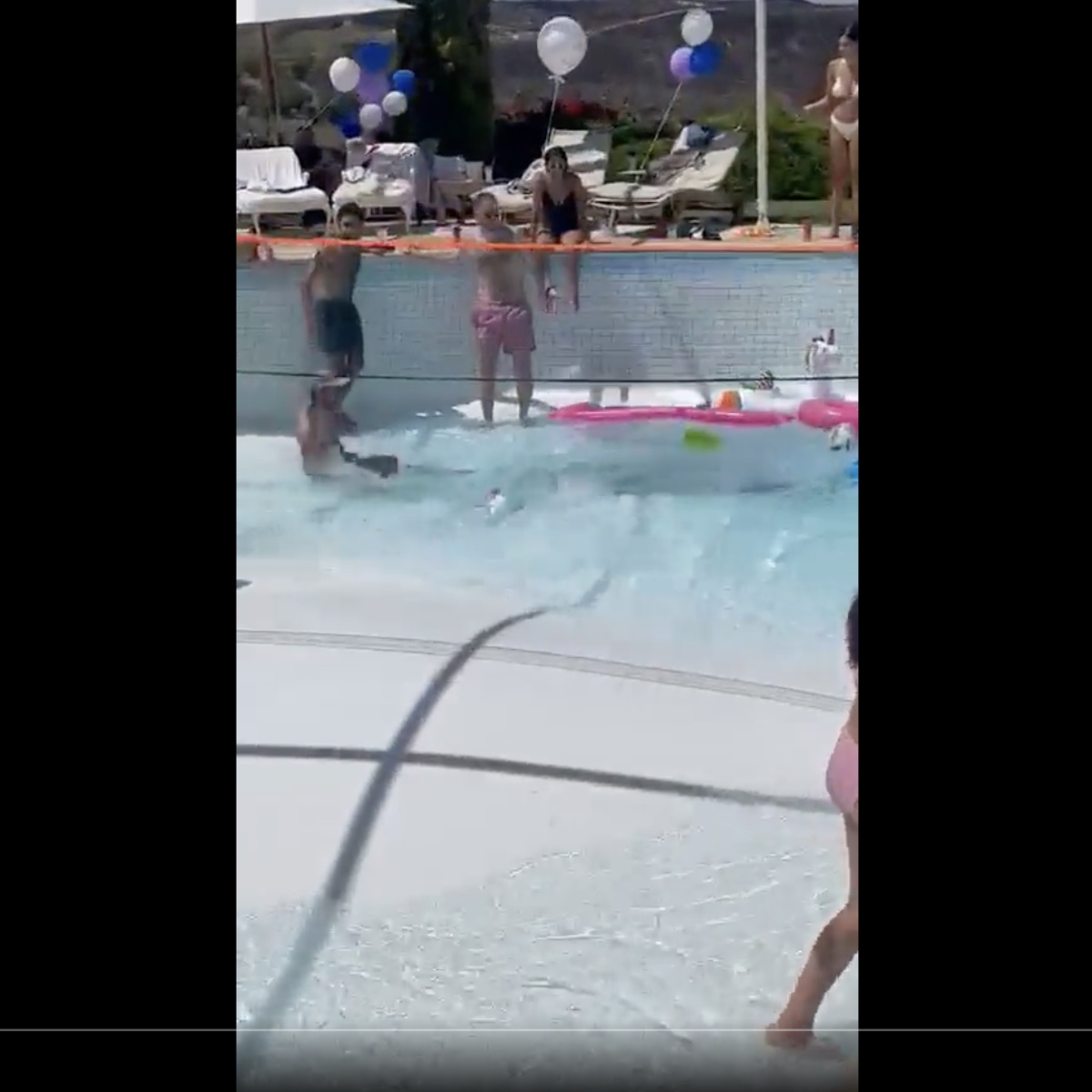 In Israel, a sinkhole formed in a swimming pool when a business party was held; At least two men were sucked in and the entire event was captured on video, so the event went viral on social networks causing international astonishment.

It all happened in a villa where a business event was taking place in Karmi Yosef, about 40 kilometers southeast of Tel Aviv, according to local media.

The man who lost his life was identified as Klil Kimhi, 32, who was sucked into the hole that formed in the pool.

In Mexico, the hole that was formed in Puebla was listed as a tourist attraction on Google Maps, as it is one of the largest recorded in the world.

Man dies of suction from sinkhole in Israel

The video has gone viral on social networks and shows several people in swimsuits inside the pool that already looks almost empty, while others watch in shock as the water drains into a hole that was at the bottom of the pool.

The suction even the inflatables that were there; a third man is almost swallowed by the hole but one more pulls him to safety.

It all happened when at least 50 people were in the village in a province of Israel, as part of a business event; At least six people were swimming when the ground collapsed.

The couple who own the place were arrested on suspicion of negligence, which would have caused the man’s death.

It may interest you: Socavón de Puebla devours part of a house that was on one side

What is a sinkhole?

They are holes that form in the Earth and can be caused by excess water weight or lack of maintenance. Deaths from these holes have been recorded in different parts of the world.

Sinkhole opens up in the bottom of a swimming pool in Israel. Reports say one man was sucked in and died.pic.twitter.com/VBQbVrJnyp