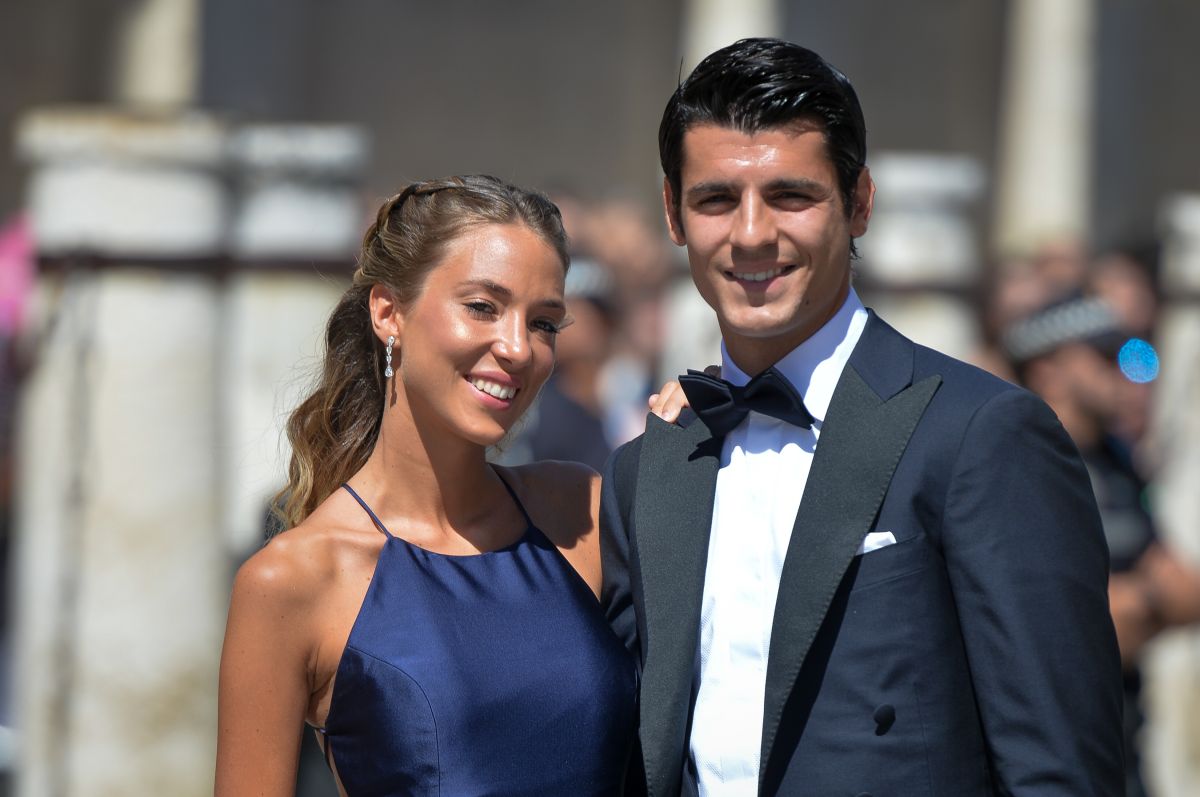 The couple formed by the Spanish striker for Atlético de Madrid, Álvaro Morata and Alice Campello have returned to the beautiful Venetian church where, five years ago, they said ‘I do’ after just over a year of dating.

In addition to recalling one of the most important days of their lives, the two lovers have taken the opportunity to take a step forward as devout Christians.

And it is that the twins Leonardo and Alessandro, as well as the youngest of the house, Edoardo, have been baptized on an idyllic day, in which the three children and their mother were dressed in immaculate white.

“Baptism of Ale, Leo and Edo, in the same church where we got married five years ago“, has written with emotion the former Real Madrid striker, who wore an elegant blue suit and white shirt for the baptism of his offspring.

“The place where we get married will always be special to us! I love you madly!“He directed the designer and influencer hours before while they both posed in front of the Church of the Redeemer.

“Five years of marriage! And I would choose you another 10 million times! You are the engine of my life and my jewel. I love you, love, happy anniversary!”, added the Madrid striker in his particular festival of celebratory publications, sharing a beautiful picture of his 2017 wedding ceremony.

The footballer will have to return to Spain this summer to join once again the discipline of Atlético de Madrid, team for which he signed in 2019 but later loaned him to Juventus Turin.

Both the striker and his wife they trusted that the Italian club would end up definitively taking over their services, which would undoubtedly reinforce his idyllic and desired life in the transalpine country. However, the two parties did not finally reach an agreement and, with his return to Madrid, it is unknown how this circumstance will affect family life.

Also read:
– Juventus is close to reinforcing its squad with two legends
– New Juventus-Barcelona war: The Italians raise their offer for the Argentine Ángel Di María
– Retro and modern style: the jerseys of the best teams in the world for the next campaign are filtered