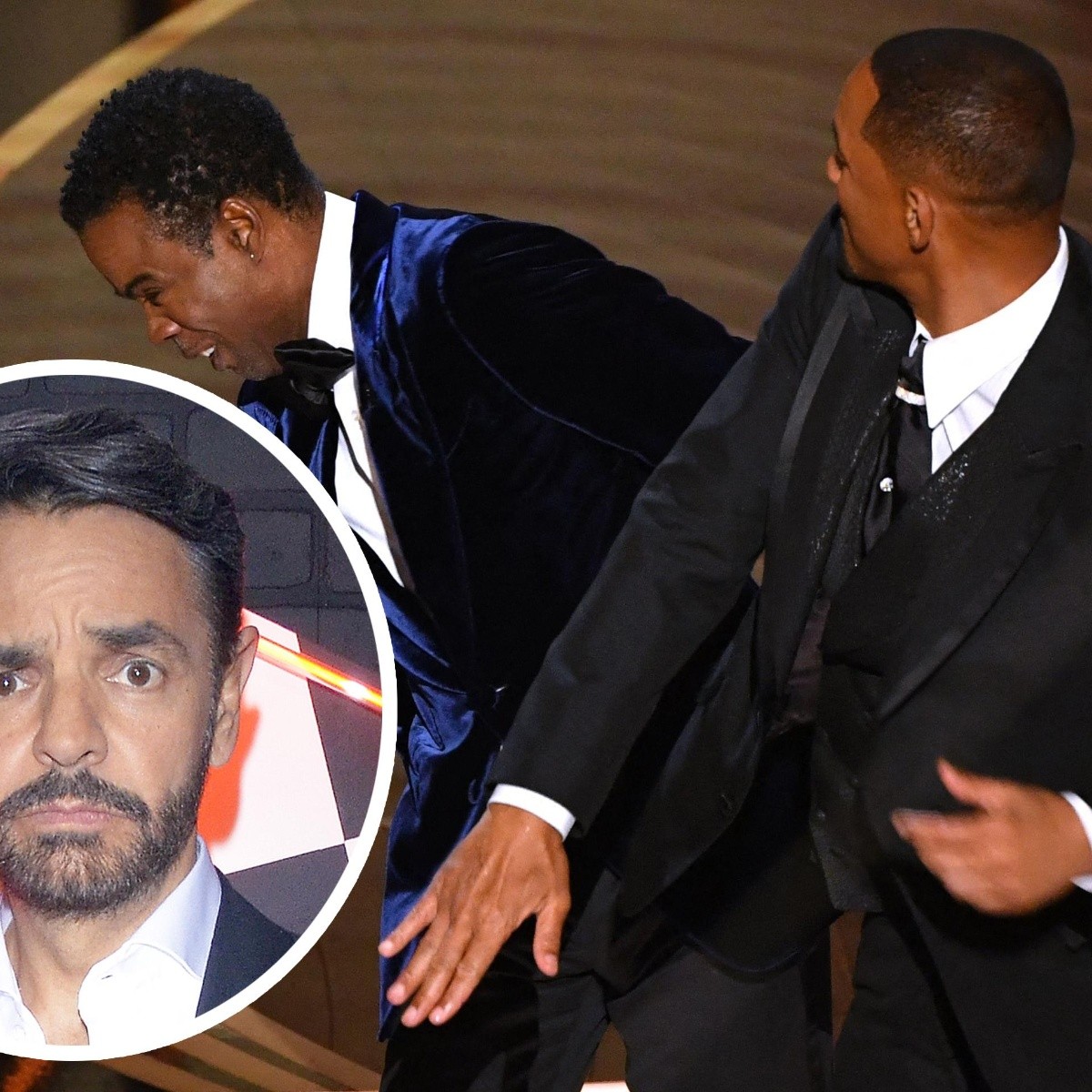 This weekend the Academy of Motion Picture Arts and Sciences held the 94th installment of the Oscar awardswhere the much talked about fight between actors Will Smith and Chris Rock. In part of the ceremony, the protagonist of the film “King Richard”, which earned him the award for “Best Actor”, slapped the comedian, after making a joke about his wife Jada Pinkett Smith.

Mexican actor and comedian Eugenio Derbez attended the Oscar ceremony, which took place at the Dolby Theater in Los Angeles, California, United States, since “CODA”, a film in which he acted alongside Troy Kotsur and other actors, was nominated for “Best Film” and “Best adapted script. Troy was nominated (and won) in the “Best Supporting Actor” category.

The husband of singer Alessandra Rosaldo, witnessed Will Smith’s altercation with Chris Rock. At the end of the Academy ceremony, Eugenio Derbez, also a television and film producer, reacted to what happened in an interview for Televisa Espectaculos.

“The truth was very strong, when it happened we all burst out laughing because we thought it was a joke,” commented the father of actress Aislinn Derbez.

When he began to hear the profanities said by the protagonist of the series “The Prince of Rap”, he realized that it was not a joke. “There was a tremendous silence and there was a lot of tension.”

He said that after the fight, American actor Denzel Washington took Will Smith backstage. “We don’t know what happened, but he took it with the intention of settling the lawsuit, it was strong.”

Why did Will Smith hit Chris Rock?

It all started when Chris Rock made one joke about Jada Pinkett Smith, referring to her shaved head. “Jada, I love you. ‘GI Jane 2,’ can’t wait to see it.” His words were not to the liking of the wife of Will Smith.

Chris made this prank based on the 1997 movie “GI Jane,” which starred Demi Moore, who shaved her head to play a fictional Navy Seal candidate.

It is worth mentioning that Jada Pinkett Smith revealed in 2018 that she was diagnosed with alopecia. She has often discussed the challenges of hair loss on Instagram and other social media platforms.

Will Smith came onstage and punched Chris Rock in the face., with an open palm. Afterward, he returned to his seat and yelled at the comedian to leave his wife alone. Chris replied that he was just making a “GI Jane” joke.

“Keep my wife’s name out of your (expletive) mouth,” he yelled at her. The crowd fell silent when it became clear that this was not an act, so the networks immediately did their thing by questioning the actor’s reaction. One has spoken in favor and others against.