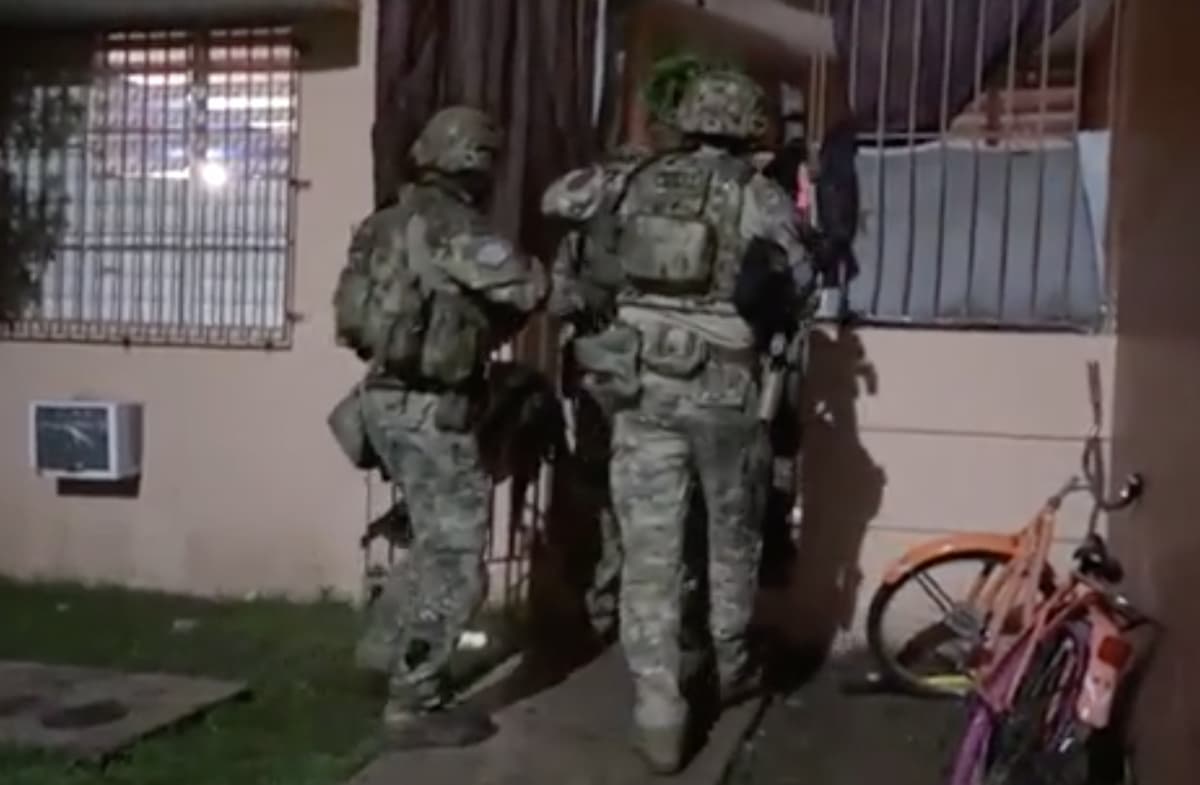 Some 14 people allegedly linked to the dangerous criminal organization Los Yuquiyús in Loíza were arrested early this morning during an operation in the Yuquiyú and Jardínes de Loíza neighborhoods.

“We have 14 people arrested, five women and two minors. Weeks ago, videos came out of Yuquiyú of these individuals shooting at each other as if they were celebrating something. Due to this fact, a confidential investigation was started, culminating with search and search warrants and the criminal material seized,” said the colonel via telephone.

The video López Figuera referred to went viral at the end of last year on the social network Twitter. It showed a group of people, presumably members of this criminal organization, firing into the air with multiple weapons of different calibers and power.

The viral video with the random shooting:

López Figueroa detailed that during the operation, they seized the following evidence: four pistols, five rifles, over 1,000 rounds of ammunition, controlled substances, firearms, a dozen magazines, masks, and cash.

At the time of this publication, the last count of the money amounted to $10,000 in cash. However, the number of drugs, money, and ammunition is still under review.

The colonel noted that some of those arrested were detained for allegedly causing a riot during the operation. Images provided by the Police show the moment when Tactical Operations agents had to take control of the residence to contain the situation.

For his part, the director of the Police Drug Bureau, Wilson Lebrón Otaño, explained that in addition to the shootings, investigations related to violent deaths, robberies, and other crimes are being carried out against this organization.

“Today, we are carrying out this stage of the investigation. Violent incidents are the ones that motivate us to come to the area. We have many complaints of residential shootings, and we went to intervene for that purpose. We were able to seize multiple weapons that will be analyzed for investigations related to the incidents in the area,” the commander said.

“In the Loíza area, there have been murders, and part of the analysis of these weapons will be aimed at determining if they are related to these deaths or if they are similar to the scenes,” he added.

This is the video of the operation in Loiza:

When asked if there is any transcendental case that has attracted public attention, the official responded that “at this moment, we are not ruling out any of them. He added that each investigation is still active, so they will not provide more information to preserve the investigation.